I can think of 3 ways to cap a cylinder, I was wondering which way is correct from a topology standpoint.

Triangle Fan Fill:
Not the correct choice as it kills all face loops, included for the sake of comparison. 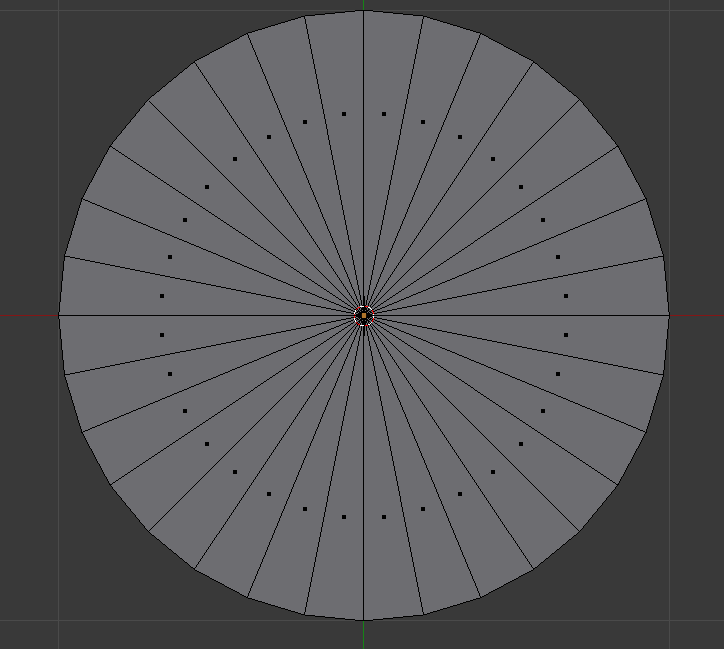 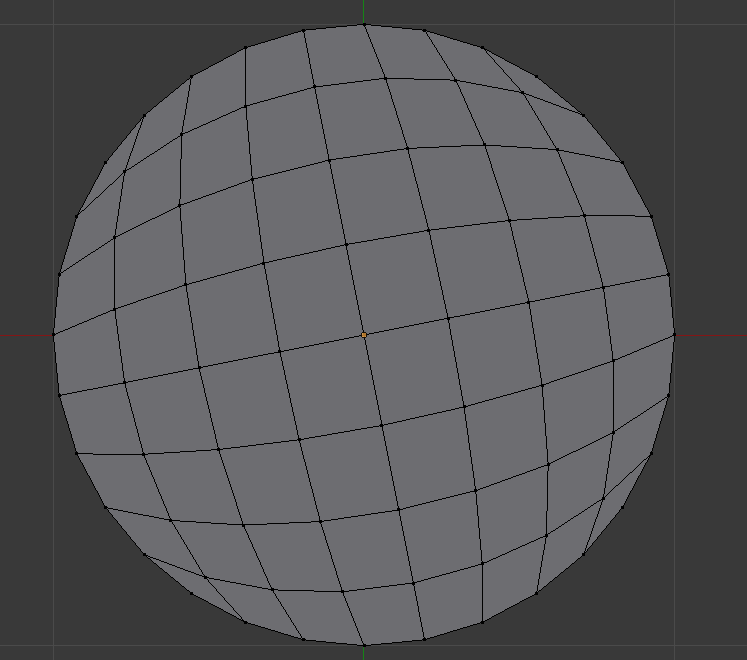 Fan Fill:
Creates a circular face loop on the cap. Faceloops going into the cap do not come out straight. Only has 2 “points” on a subdivision surface. Less faces. Doesn’t evenly round if not perfectly flat. (The triangles are actually quads with 3 points inline). 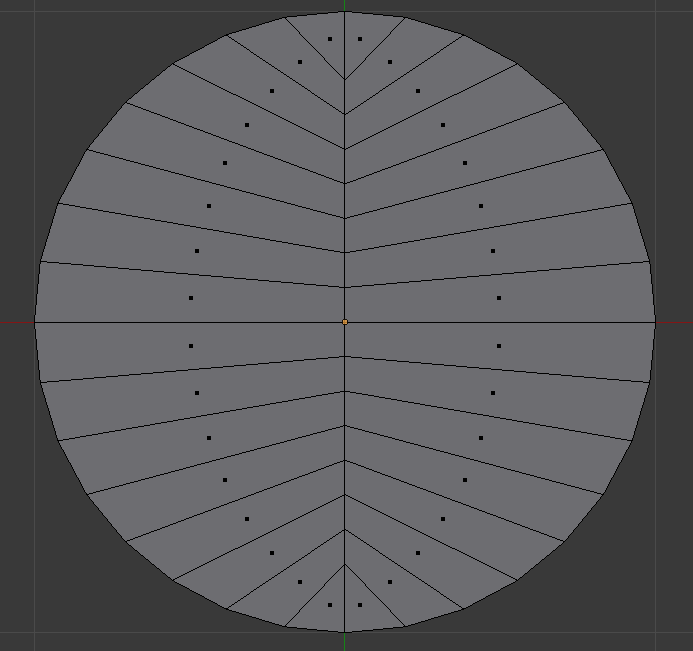 What do you think? Is there a method I am missing?

For most applications, I would use the first one as it minimises poly count. To clean up the topology, I usually turn the triangles into quads, especially if there’s subsurf involved. This method is also easiest to work with as you simply merge to center all the addition vertices you create by extruding. The other two methods require an awful lot of work to keep clean, especially if the vertex count is higher than about 20.

Some people simply use an nGon at the end of cylindors and circles. Even Blender puts in an nGon by default (not sure why though tbh, most people seem to prefer them.)

Your ‘grid fill’ one would be handy to add more geometery to if it’s necessary.

Your ‘fan-fill’ is a bit cringe-worthy to me though; it just needlessly adds tons of vertices that simply don’t need to be there. The only time you would create an end-cap like this is if you needed a triangular shape at the top of the cylindor and it isn’t flat.

The short version is it simply depends on the application you intend.

Would you explain a little on how you would turn a triangle fan into quads? Do you just subdivide each edge of the triangle? That would create a 5 vertex face.

Would you explain a little on how you would turn a triangle fan into quads? Do you just subdivide each edge of the triangle? That would create a 5 vertex face.

Select two triangles at a time, then click ‘ALT+J’ or ‘F’ to change to quad.

This creates a cap of all quads, which is good, has very few vertices, which is good, but has many poles. Shouldn’t I be avoiding poles or is it OK because a cylinder cap is likely not to be rigged/animated? When would I want to use this over the “grid fill” method, it doesn’t seem like it would be easy to add geometry to due to how loop cut loops back.

Again, it depends on the context of your model.

I wouldn’t use the ‘grid-fill’ method unless I’m adding it there for a very specific reason. If you’re worried about ‘poles’ or the quads, then stick to triangles.

Your original question was ‘which is correct from a topology stand-point.’ They’re all technically correct, but the cap of a cylindor is too simple a model to make an informed judgement on how the cap should be ended. There’s no real right or wrong answer, just common practice. Common practice dictates that the cap is either ended with an nGon, plain triangle fan, or a triangle fan turned to quads.

If you’re planning on rigging / animating your cylindor, you would need to stipulate how and why you plan to do so, so you can build your geometery appropriately.

I usually cap my cylinders by extruding in the edge loop and then closing it off with with a grid fill.
Easy, fast and works well with sub division. 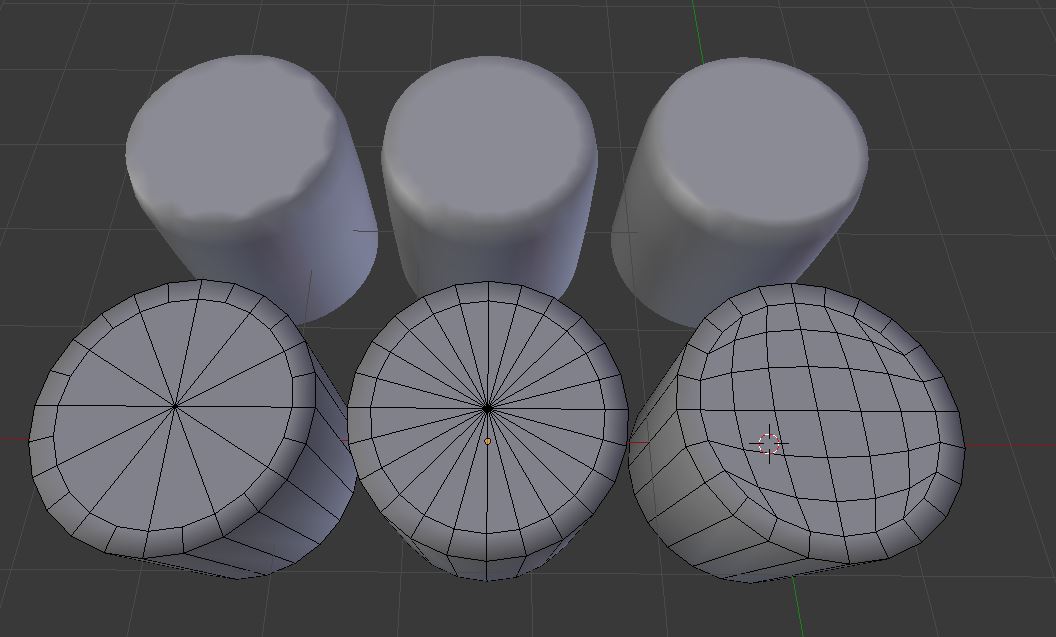 If you inset the end first before capping so there’s one concentric parallel loop before the edge where the surface transition occurs, then it doesn’t matter. You’re then free to pick whatever you like.

Pie is fastest and gives a nice obvious centerpoint, however it’s all tris which can present the problems known when working with tris. Grid fill will subdivide nice, which you’ll notice if you’ve UV’d it before subdividing. That other method may also be useful, depending on how you might plan on carrying edge loops around a model.