Topology problem - how to attach appendage to body?

Hello, this is Sunshade here.

I am currently interested in learning how to model game characters. I have a habit of creating appendages as separate objects and then joining them with the main body, but recently, I came across a big topology problem while modeling a fish character named Lulu. 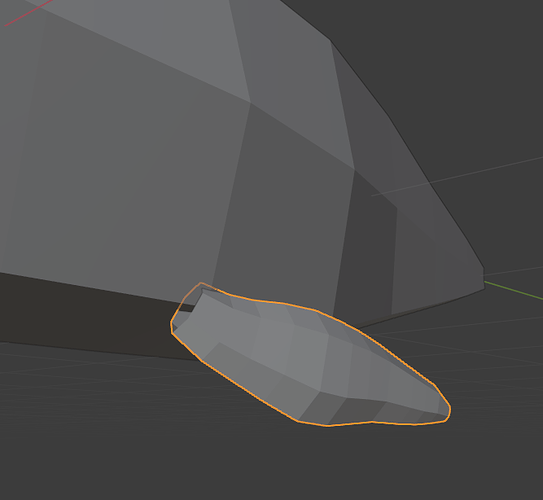 As you can see in this image, Lulu’s fins have hexagonal edge loops, but her body is a grid of quads. I am not sure how to attach her fins to her body in a topologically clean way with acceptable deformation, and would appreciate a solution to this problem from someone who has more experience in character modeling than I do.

I am also wondering something else about character modeling, which concerns poles (vertices that have more or fewer than four edges attached to them). I know that you have to be careful with poles since they can cause a character’s mesh to deform in undesirable ways, but the question I have is, which kind of pole produces better character deformation: one with three edges or one with five edges?

Thank you for your time.

It’s more a density mismatch. You have to think about:
More polys to to body and maybe less polys on the fin.
I played arround a little see image: