Track to mouse cursor in 2d

Hey everyone.
To keep it short:
Can someone help me with creating a script or something else to let the green triangle track to the mouse cursor?
It is not 3d but 2d, so It should only rotate along the X axis in this case.
Screenshot: 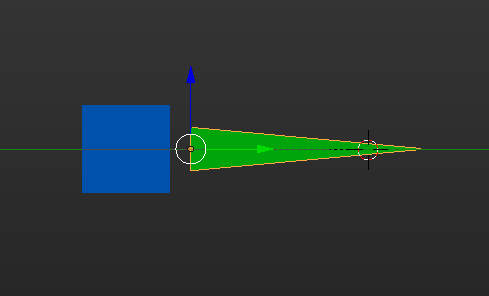 What I want: (but I want this in realtime) 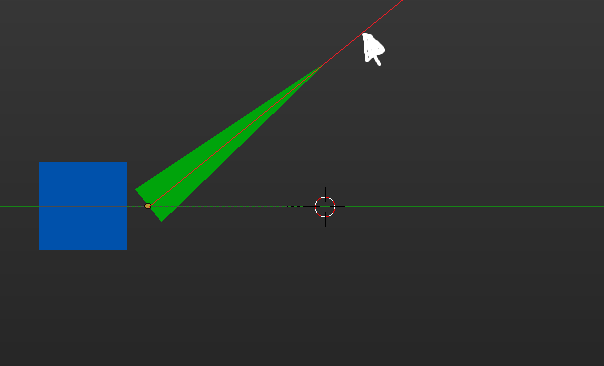 The .blend, in case if you want to make it for me:
tracktomousecursor.blend (504 KB)
I hope you can help me
Thanks!

Script(not the full, just the directions)

There may be mistakes in script as I done it here, in blenderartists, but oyu could try it anyway and fix it…

Thanks both!
The code of BPR works perfect.

There should be a way to do this without having to have the background plane to measure mouse position.

(brainstorm)
You can get mouse screen postion

From those two points, one should be able to calculate the angle and set the orientation of the aiming arrow. I don’t know what that math is on the top of my head, though…

That way, you wouldn’t have to worry about having a giant invisible plane in the background of your game levels.

you just parent the plane to the camera

the only nice thing about mouse over any, is things like targeting and showing text / healthbars etc.

I use something similar in pies, to apply forces using the camera plane.