Ive been posting already finished projects cause i just made an account on here haha but i like to have my work criticized so i can see where I’m at. Heres a train interior scene I’ve made in blender cycles. tell me wat y’all think! 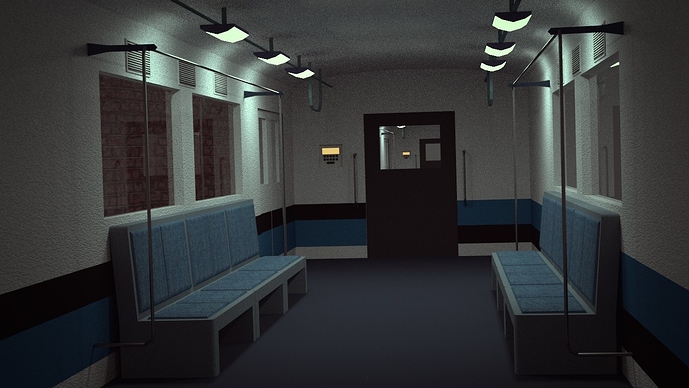 Train_inside.jpg1344×756 214 KB
I also made the exterior scene of the train. I felt the materials didn’t look to convincing but all criticism is welcomed :eyebrowlift: 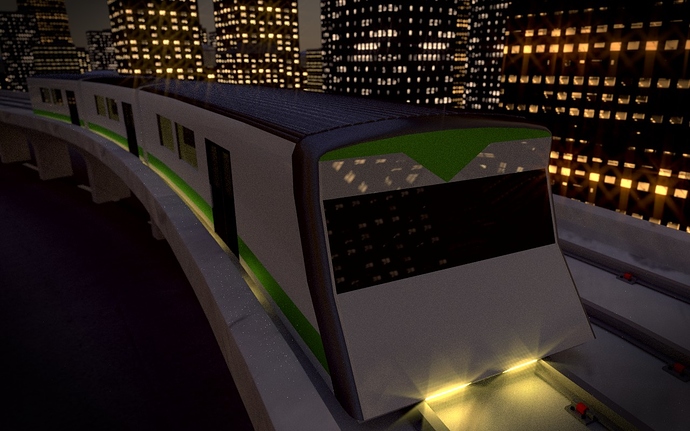 It looks like a waiting room rather than a train. The aisle is way too wide. In a train car like that, the seats should stick out from the walls rather than run along them, and there would be a narrow walking aisle. Also, the car is too short: two windows and one door per car? It looks like the car seats 12 with standing room for 60. Very odd design.

The aisle is way too wide. Get the dimensions of some trains, especially from the area you are in as stock varies from place to place. There is nothing wrong with the seats running along the walls like that. They do that on the S7 trains on the Circle Line on the London Underground and other stocks have either a mix of longitudinal and crosswise seating or one or the other alone. I would certainly make the cars longer but they might look short because they are so wide. If you are going to stick with shorter cars you may consider making the train walk through - ie don’t have doors or bulkheads between the cars so the train is a bit like a bendy bus on rails. Where there are no windows you can put adverts and line diagrams in the interior shot. Also the interior looks a bit dated compared to the exterior. If you are going to use that vivid green outside why not carry it on inside? Not bad though overall.