Transmission and other car components in bullet vehicle wrapper 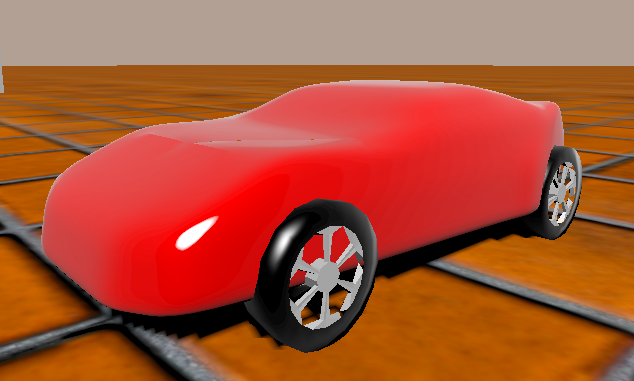 Let’s not speak much. What it has:

I hope you enjoy this!

This is really good, dude. The level of detail is excellent. Keep at it, man, I really want to see this develop.

It doesn’t work for me: 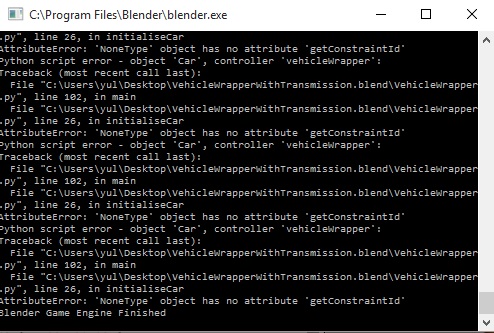 What version are you in, youle? I don’t understand why do you have that error…

Blender 2.76. I’ll see if there was a recent patch that modified constraints… (instead of PhysicsConstraints, which is deprecated but works however, you should use bge.constraints… But it doesn’t solve the problem) (works in 2.75a)… The bug has been fixed since 2.76 release (tested with last buildbot release). Nice file

Thanks! Great to know that you’ve solved out the things:)

I works great, cant wait to add some sounds

Yeah, current ones could be better, I agree:D

EDIT:
The sounds, they didn’t pack. How do I pack sounds without packing all the files?

Just put the files in a folder

Could you add a picture of the car?

The download link has been updated with a .zip file which includes .blend and sounds.

I was expecting it to look like real a car.I guess i am going to have to modify it.

I was expecting it to look like real a car.I guess i am going to have to modify it.

That’s the point, to experiment

I wanted to make endless runner game with it.That is in firstperson.

For the car - if I would share a real-like looking car, you wouldn’t want to make one yourself. But this is like a task or motivation for you:) Marvin, you put the same sounds as I put in Worn Tires now, lol…

LOL, yeah but the cars will all have a different feel to them

When you need help with your endless runner, ask me - maybe I can tell you… Will it require player to race fast? Like time is counding and player has to collect time pickups to hold in track as long as possible?