Transparency of the opaque parts of an image with alpha

I am new to Blender and just starting to get a hang of the basics (installed it last weekend).
Currently, I am trying to understand how transparency works.

First, the problem:
I have imported an image as a plane.
This image has an alpha layer that works: Imagine a simple X. The X is opaque, the rest of the square plane around it is transparent. 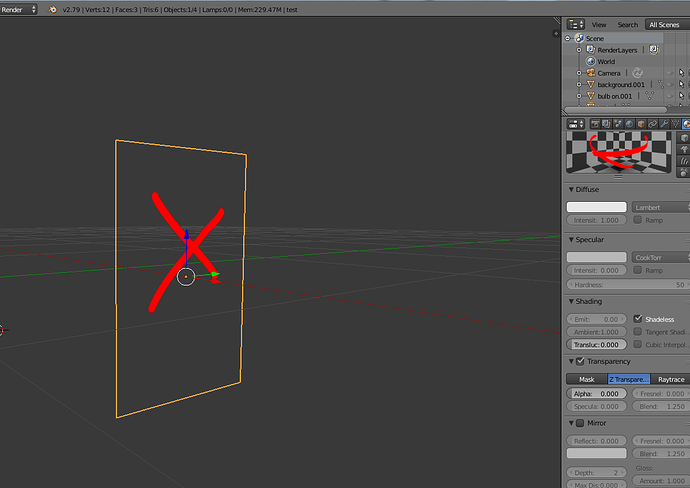 During research I learned about Transparency settings in the Material tab (Mask/Z Transparency/Raytrace).
Their Alpha settings are all on 0.
However, changing the Alpha sliders there only results in the surrounding area becoming more and more opaque during Render, and having no effect on my X. (In 3D-View, no changes are applied at all. But I suppose that’s normal.)

I have been researching this during the last several days, and spent literally more than 8 hours on this.
I couldn’t imagine this being too hard, so I tried to avoid posting a thread. After watching a lot of tutorials, I even created my first Nodes : D

By now I think I might manage the transparency by fading the image into another image behind it by using AlphaOver in the Node section, but it really feels like there should be a more direct way to do this instead of a huge work-around. Like there should be one slider to adjust the already transparent parts of an image (which there is) and also a slider to adjust the total transparency.

The biggest problem about researching this on my own is that there is an overwhelming amount of threads and tutorials concerning alpha layering in images or adjusting alpha in general or alpha on a 3D-Model. And while they did help me in general, I could not find anything about my current specific situation.

On a side note: In the end, what I would like to do is a fade-in/fade-out of an image. I already managed getting a hang of Timeline and DopeSheet^^

Anyway, sorry if this something super-obvious or has been addressed several times over. It’s just really hard to find. Maybe I just don’t know what I need to search for. But I am kind of stuck right now^^’

The material alpha is 0 because that is controlled by the texture. Adjust the texture alpha influence to make it less opaque.

The material alpha is 0 because that is controlled by the texture. Adjust the texture alpha influence to make it less opaque.

Worked like a charm!
A little counter-intuitive, splitting up the Alpha in 2 different tabs, but now I know!

Thanks for taking a look at this, have a great day!