sshot-102370×877 240 KB
Someone has corrected this problem in which it is a material that I apply the Alpha or transparency so that only the letters show without shadow or anything, but when rendering it, a noise is shown in the area that the material is applied, I have managed to solve it by increasing the samples but I want to avoid that. I would greatly appreciate your comments.

it’s most likely due to visibility in glossy rays. Don’t ask my why full on transparency does not mean rays ignoring it …
You can deactivate the ray visibility of that Object for glossy/shadow rays in the Object properties (yellow/orange symbol). In the tab visibility tab there is the ray visibility.

Maybe you can simplify your material setup by just using the alpha of the Principled BSDF node. It’s basically the same as the transparent node 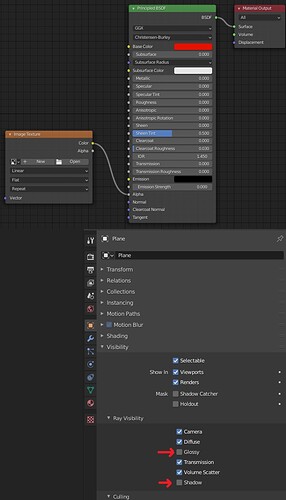 Also you could avoid using extra geometry by using multiple UV maps, but that’s a whole other topic. 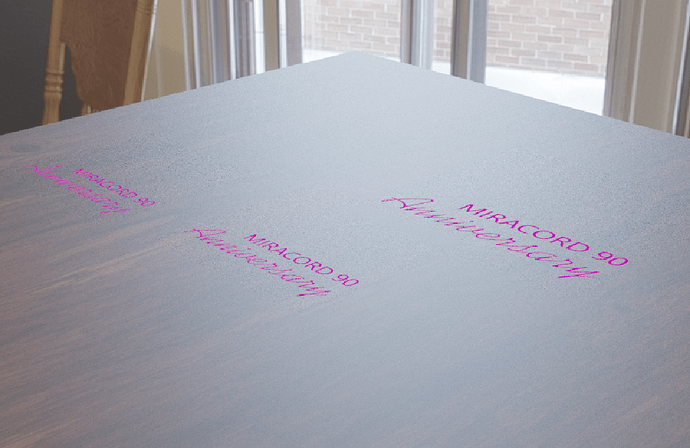 My only other suspicion would be that the plane needs a bit distance from the table geometry, if they lay perfectly on the same level. But that should look even more dark…

The tests are at different levels, but it shows the same noise

I am not sure where the noise is coming from.
You are using a jpg mask, I presume black and white. Are you sure the mask is clean (no noise)
Here is a similar mask I have used a different node setup (the plane with the image on is very very slightly above the glossy metallic plane.) I did not turn off glossy or shadow rays.
I can see no noise. 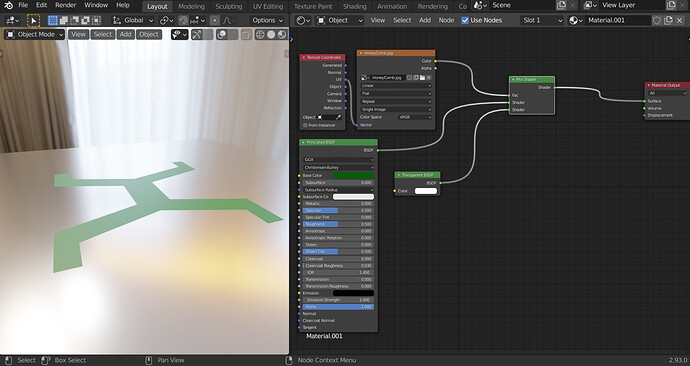 Good observation from @DNorman because:
NEVER USE JPG AS MASK. The only way to be sure that a jpg delivers a sharp mask is when you
saved it yourself with absolutely NOOO compression at all and even then you could be wrong.

Maybe you can to use some RGB curve or bright contrast node here.

Put a math node with greater than after the invert node and play with the threshold to get a noisefree result as possible.
Additional set the colorspace to non-color in the imagetexture node,since its has only mask data right?.

Did you render the render in 128 passes or less? Because that’s when the noise comes out, 512 and up you can’t differentiate the noise.

I have tried to do a test with images created by myself in png, jpg, tiff formats and none have given me results

I have tried everything suggested so far and I can not eliminate that noise here I upload the sample so that you can see it and see if maybe it is my graphics card. BLENDER 2.90 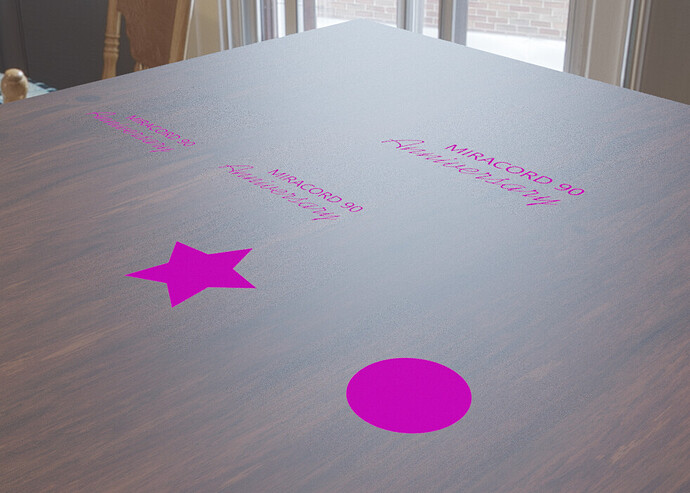 You could share your file with me so I can see it and check if it is maybe my graphics card or my settings.

I think I used a few more, I have rechecked with a new version 128 and still no noise. Well there is a bit of general noise but due to the metallic shader not the mask. With Open Image de-noising it will go away completely. Here is the file. (image should be packed.)

Edit: this time I used the colour ramp because the mask was a bit grey. the mask I used the other day was pure black and white.

It is the HDRI you are using. Disabling it, or switching to an 8k HDRI solved the problem on my PC.

Thank you very much, it is true that problem is with the hdri that I use.

Glad it worked! I first played around with the input to the alpha nodes along the lines @pixelgrip suggested, until I saw that even with alpha = 0 (i.e. the texture had no effect at all), the nose remained, which made me play around with all the other settings in the scene.