Hi everyone!
I want to share with you the project I made to get my college degree.
It’s about an astronaut looking for a robot in the surface of a strange new planet.
The purpose of this project is to create an interest about astronomy and the discovering of new planets.
I’m thinking about expanding this project and make more videos about other planets

The render was made in Blender (cycles) and most of the textures in Substance Painter. 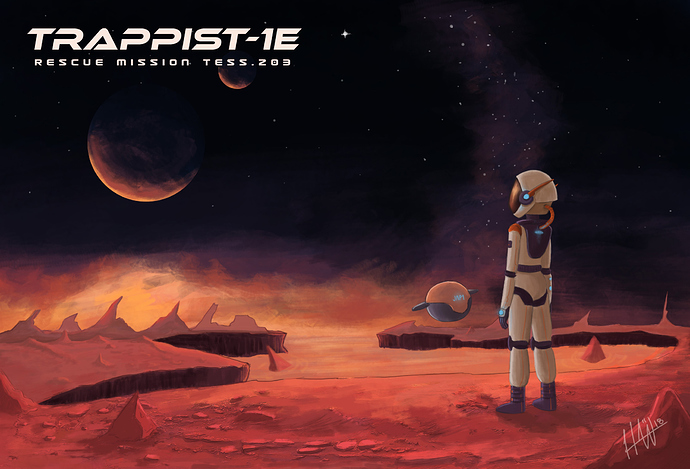 Isometric render of the surface: 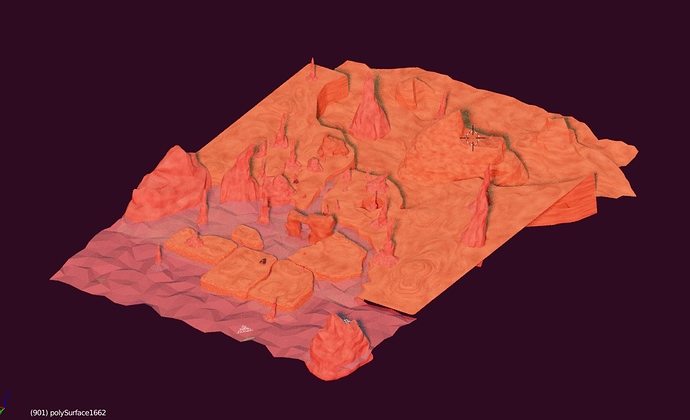 Final model of the astronaut: 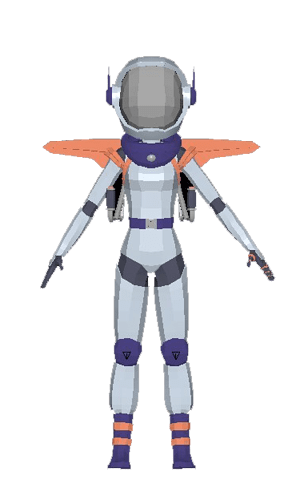 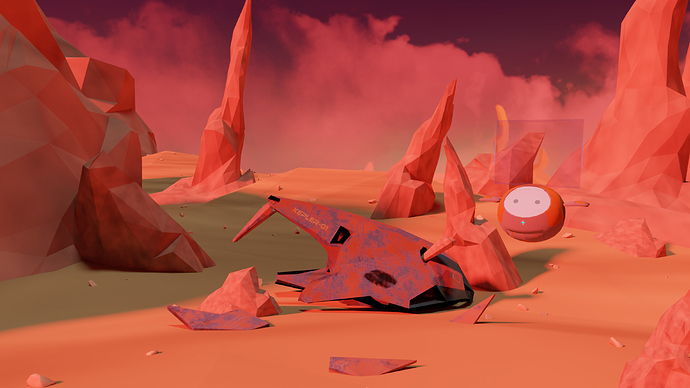 I uploaded the final video to Youtube, here is the link:
Enjoy!

Very cool project. You can also tag it with #space or #astronomy. However I’m not sure about science. Isn’t it pure science fiction? Maybe not but if it is, then sci-fi would suffice.

Is it really worth it to nitpick on tags under pretty much every artwork? I don’t think anyone cares to be honest, and furthermore, what’s the worst that can happen if someone incorrectly uses a tag. It’s not like the forum search works well anyway.

The author has clearly put a lot of effort into creating a great artwork, yet the first response she gets after posting on this forum is “Are you sure you’ve used that tag appropriately?”

Thanks!! well, it is science fiction but it also displays a bit of scientific information about the planet (in spanish though). thanks for the suggestion.

Yeah I didn’t realize that at first, that’s why I asked.

Now to the details:

The main 2 critics I would have are on the story and how you deal with VR. It took me quite a while to understand that the thing that cracks the astronaut’s helmet and makes him jump forward very fast is a rock falling at high speed, especially since it doesn’t seem to come from anywhere no matter which direction I look in. This could be fixed and it could also be made more obvious by adding a trail to the other falling rocks and some more sound effects (including a louder hit on the astronaut with a glass sound). As for the ending, I find it a bit abrupt and not letting much room for imagining what’s going to happen. The astronaut is sitting because she’s hurt and losing oxygen and her sidekick robot is just staying there not doing anything to help.
For the VR, I’m no expert but I think the view orientation movements should be left to the viewer, not forced with the camera. When the viewer wants to explore the view and sees the field of view move by itself at the same time, it can get frustrating or dizzying. That said I don’t have a headset myself.

thanks for the feedback! I know there are many flaws on the video haha, but it was made on a tight deadline for college and under pressure. On a headset looks really nice

this is an amazing work
i am not sure i truly understand the idea of 360 animation thing, but i know i am shure about wanting to do something like this in the future,

if you dont mind can you tell us how you achived the 360 render on blender, and what softwear did you use to give the viewer the control to move his /her head ?

To render the 360° image from blender I used a monoscopic camera (is on the camera settings)
and for the composition of the entire animation I used Adobe Premiere, the 2018 version comes with VR options and lets you preview the 360° image before final export.

The only critique I have about the static visuals is that the distant planet seen on the horizon at the start of the animation needs a lot of extra fog. It is, after all, on the other side of the entire atmosphere, while many of the mesas and spires only several dozen meters away appear faint by comparison.

Most of my criticisms are in regards to the animation, which is reasonable, since animation is typically the hardest stage, and the stage where things are most likely to go wrong. The most notable is that it’s hard to tell what causes the crack in the visor to appear at 2:40, since that’s the one that impacts the storytelling the most.

The jetpack movement was the other big issue, as it often felt too jolty and quick to accelerate. I might recommend making acceleration/deceleration more helicopter-like, where the force holding the craft in the air, and the force pushing it forward, are one and the same. In this way, the jetpack and its pilot will need to lean in the direction of any movement changes, leaning increasingly harder for more rapid changes in direction.