I’m producing a 3 minute short film set in ancient ireland. I aim to get it theatrically in front of a feature film distributed by buena vista. I’m in dire need of tree’s (lots o’ trees) as my system does not seem to support python scripts and therefore the tree generator. 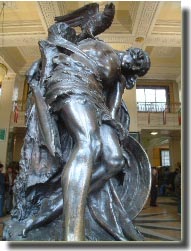 have you tried to just install python 2.5?

Yoric’s Blender Greenhouse has a nice selection of trees you could use. Hynds Studio also published Leaf it to Blender, Tree Solutions which might have some resources you could use, even without Python.

Cheers Orinoco - will check them out. Yeh Jesus - I actually had a talk with them before about some other project i made but it was too long for them to screen. They have distributed shorts before in front of their features in Ireland which they are very good for - but of course it has to be the best of the best, which is why the 3 minute mark is perfect. Fingers crossed

Whats this short about? Hey thanks for the support dude. Will download asap. LOL at red branch rules - well done - you must have some celtic blood in you??

The story is about the guy in the picture in my first post. He’s obviously dead, but so proud was he that he tied himself up to a rock so he wouldn’t die lying down. I’m bringing it back to his childhood when he first recieves his infamous name ‘cuchulainn’ (kukullen) or the hound of Cullen. As a boy he’s invited to a gathering by the king of Ulster at the smith Cullens fort. They have forgotton about the boy who is travelling on his own and relaese Cullen’s great hound that guards the lands at night (this is a big mo fo). To cut a long story short the boy kills the hound and as a dept of honour offers his services to replace the hound as the guardian of Cullens lands. This is no ordinary boy though. Think Slaine in 2000AD and you’ll know where I’m getting at - warp spasms etc . It wil be called ‘The boy Setanta’

which version of Blender are you using? I always had problems with Blender finding python on windows but just installed 2.45 last night and it says it found it ok. So maybe that would help?

I’m using the latest version of Blender alright. This is probably a dumb question but do I have to install python onto my computer. Does blender itself not support it??

The official home of the Python Programming Language