Triangles and pinching with subsurf modifiers

Can someone explain to me why I get pinching on a cylinder with a subsurf applied, but not on suzanne’s eyes, which appear to be almost topologically identical? 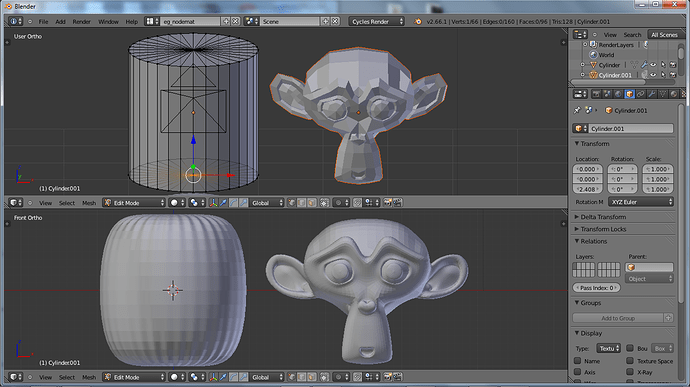 Edit: Also, can someone move this to the modelling support forum? Thanks.

To solve that, select all of the edges radiating from the center and subdivide them to create a ring of quads outside of the ring of triangles, this should allow for much better smoothing.

Also, it’s not as noticeable on Suzanne because the size of the pole is a lot smaller and the angles outside of the triangles is a lot shallower.

Also, you have long skinny rectangles running down the side of your cylinder. you could also do a ring on the sides near the top and it would help offset the pinching.