So any ideas on how to make the light ribbons like in the movie?

heres a render of what I’ve done so far 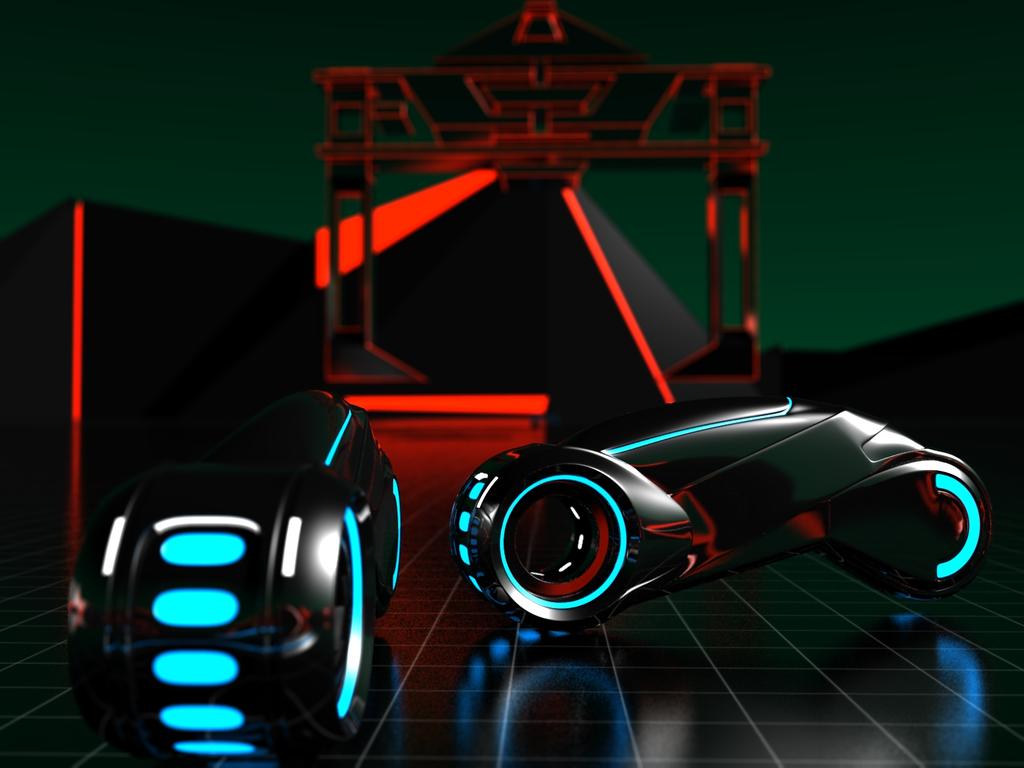 Now I know it doesnt look like its from the new movie and this is because to do the 5th generation light cycles would involve creating digital copys of our actors which would take to much time that we dont have so we decided to go with more primitive designs.

These however, are in the tron universe. They are 1.5 Gen. Light cycles which take place between the original tron film and tron evolution video game. So I didn’t pull it out of a hat entirely.

I have had a lot of success using the simple technique shown here:

Oh, I just looked at the movie and thought there might be more behind the scenes for the effects work. Did you do any of the compositing in blender? The Cycles turned out really nice, but the thing that stood out for me was the keyed wardrobe and cool HUDs for bikes.