Hi guys,
I’m new to blender, but I experienced a lot of 3d games and actually I’m working on a mod for HL2. I’m really good in Adobe suits so, I thought to texturize my first mech robot (in fact a really simple one to experiment rigging, modelling and texturind). I studied a lot of tutorials about texturing, and of course I used uv Maps (best choice for gaming and low polygons models): no matters with cages and stuff like these, in fact really simple objects. But when I tried to texturize a shoulder of the mech (after uv map targa exported in photoshop with unwrap method) I experimented a lot of troubles adjusting the map on the model:
first: this blur effect on the textures. I composed it in the same proportions of the map, as you can see in the file below (it’s just the first try and it’s incomplete but you can see the proportions between UV and textures are the same) but it seems stretched on the model, despite the care of moving vertex and edges in the UV map window. 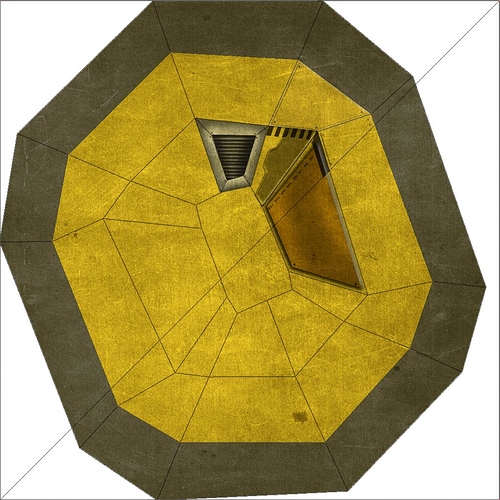 second: as you see from the second immage it really stretched (blender stamp)! But the vertex on the uv map pannel are correctly disposed! Look for examples the screw on the grey pannels, it’s really deformed and bigger than tha same on the texture map? 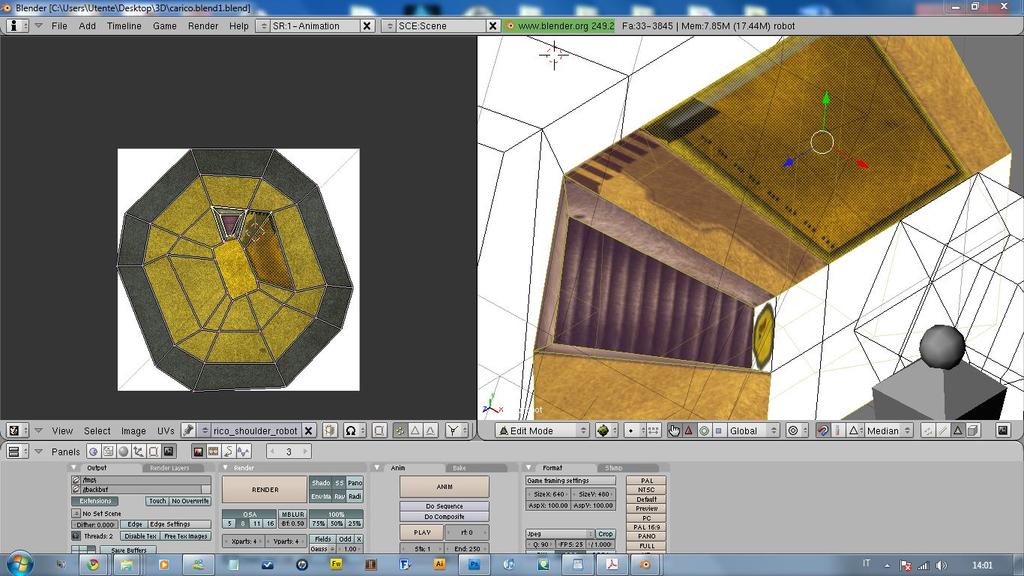 I’ve now another model, but I can’t understand why, when I unwrapped the torso for the uvmap I just saw a big pink selected square into the map view!