Trying to get two textures to gradient together in a circle

Hey people, I have a project where I need to make the outer edges of a circle be one texture and as it gets closer to the center, it gradients into a different texture. I am using cycles render, can someone help me do this in node editor? Thank you!

I think the fresnel node used as factor of the mix shader is intended for that. A radial gradiant used the same way may do the tricks too. 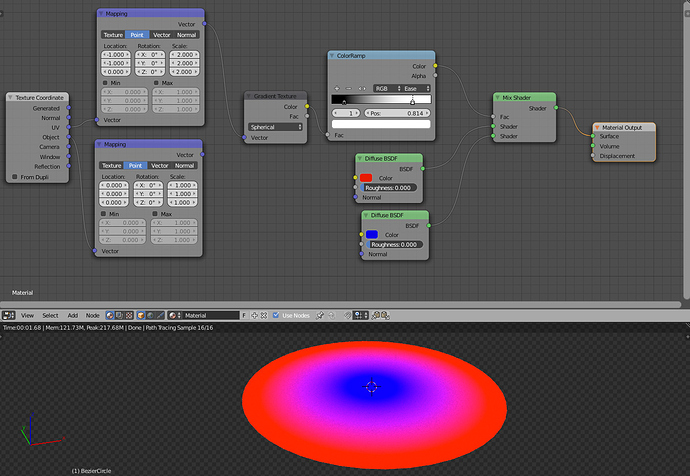 Use gradient texture as a mix factor for shaders or colors.
If you want to use UV’s then you need to shift texture as shown above. For object mapping texture coordinates it’s automatically centered.

And color ramp for blending control.

Hey that fixed it! I just had to change the gradient to spherical and the input to the mapping node to object and it was good! thank you m8!