I do weekly “photo edits” where I try something new (for myself, at least) every week, which more recently has included all-cg scenes. That aside, this was my first attempt to use a reference photo I took to try and mimic best I could (with some artistic additives, of course). I like how the image looks just on it’s own, but I feel I did a poor-ish job of properly recreating the reference photo, the first one below. Henceforth I post in the focuses critique, because I’m really curious to see how anyone else would go about this further 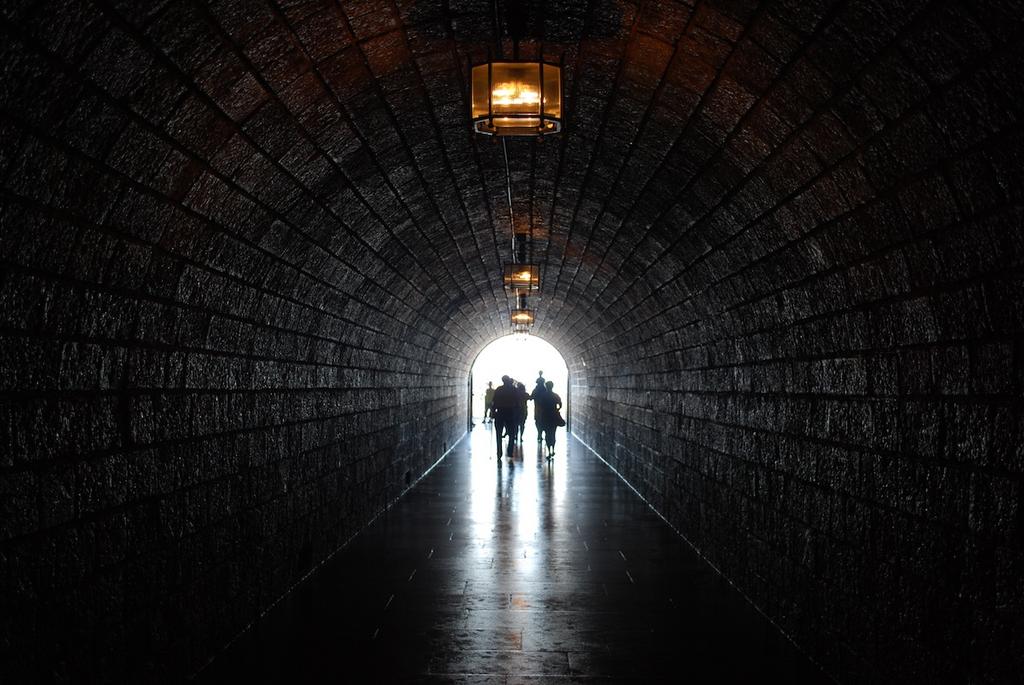 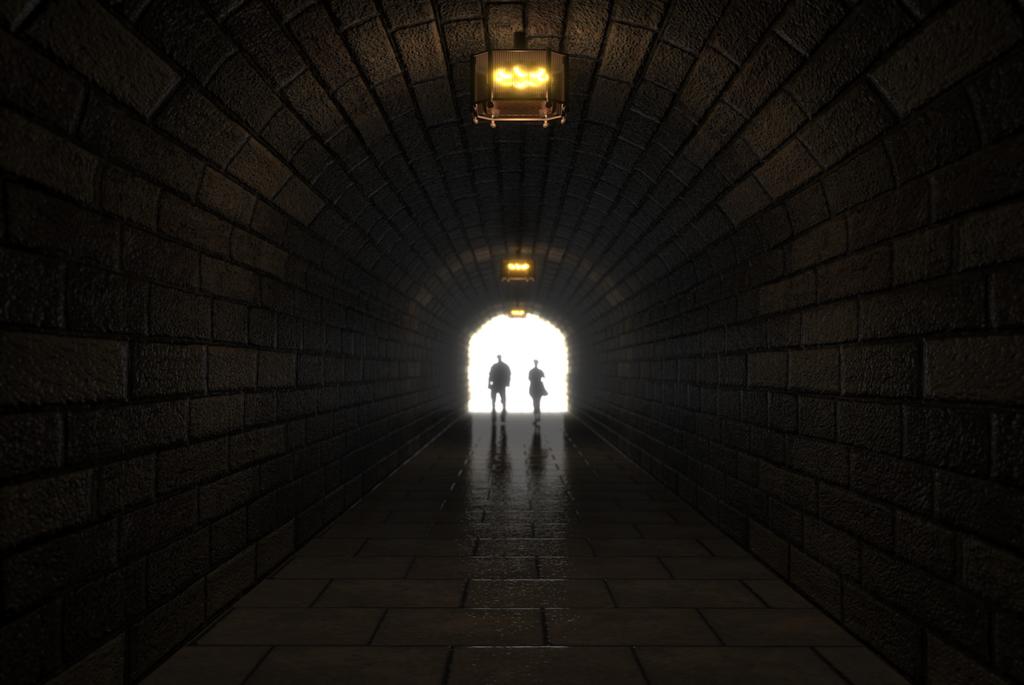 Okay, now for my own comments (to which can be commented on)

Well, firstly my image is a bit brighter and some more saturation and detail showing through, but that’s just my own choice- I spent the time mapping the image of those stone walls, so I want to show it off some as the reference photo is otherwise just dark. The other deliberate thing is the DOF, probably a bit stronger, but I do like how the end of the tunnel more bleeds together in that way.
The thing I couldn’t quite get was the reflection all along the walls. [like the reference, below] 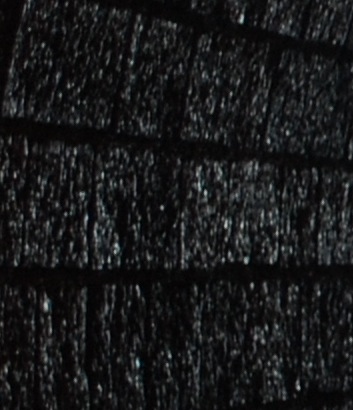 I’ve found that reflections are always quite less bright than what it’s reflecting in the end of the scene, a shadeless white plane, which results in not so bright and distinctive floor and contrast (to be fair, if I just stepped out of blender and the node editor, I could do this easily in gimp). More what I have an issue with is getting that speckled reflection like the reference above. When I tried it out, upping the use of the normalmap, it just looked like I put a noise generator over the image, plus other parts like the very top above the light where it doesn’t reflect the end of the tunnel as much looked much worse.

The other big thing I couldn’t quite get was that sort of fuzzy reflection on the floor of the reference. Clearly I’ve overused the bump map in my own image for the stone floor, but that was just to compensate temporarily for the fact I couldn’t quite get this to work, how there’s some almsot shinier bits… [edit i mean to say more about how the gloss is like quivering, not really the bump of the flooring really…] I know I can do reflection maps (or even specular maps, if I were using it) but it didn’t seem to quite be doing the trip. My problem might just be trying to generate a normal map out of the ground stone texture…

So, any comments or suggestions on any of that would be greatly appreciated, and even more helpful might be tips for things I haven’t even recognized myself

Just so it’s said, yes the outline fo the figures was ripped from the reference photo. WHile I wouldn’t call this “complete”, I still was late posting my weekly photo, henceforth I decided to not spend time modeling a silhouette of some sort

Another thing is that the foreground stones do look too bright in my oppinion. I realize you said you liked them that way, and of course it depends on if you are allowing yourself to deviate from the reference, but if you change your mind, I would darken them only slightly, and then make the texture black and white; notice how the ref stones are black, not dark brown.

Your light also is a slightly different color, ref’s is somewhat reddish/gold, yours actually has some hues of green. Your actual lamps seem to be brighter than in the ref’s as well. With a little bit of work I believe you can get a really nice picture out of this, keep up the good work!

I think for the “shimmery floor reflection” you are forgetting to take into account that the pavement blocks are at angles to each other. That is, the floor isn’t just a flat plane where the reflection is cast uniformly across it, each of those tiles has a slight angle different to the neighbouring one. Also, your silhouettes are standing in the void at the end of the tunnel but the silhouettes in the ref image are actually in the tunnel. That helps give it some depth and grounds the people in the scene more. The tunnel in the reference image is also a bit longer than yours, and the angle of the camera is a bit higher. All these things contribute to the image looking just a bit off.

If you want good reflections you can’t go past HDR images. If you haven’t heard of them, check them out, if you have heard of thema nd just don’t know if you should use them, you should definitely use them in this scene. It will give your reflections realistic variation and really bring the scene to life. It’s generally a good idea to have a HDRI in any scene even without reflections, just for lighting variation and the subtle detail they bring to an image.