This is the completely overhauled version of my Ubershader. I have attempted to mimic the Standard shader from Arnold to the best of my abilities, plus some neat extras in the Glass shader, as well as some added utility in the form of a Matte option. Using the parameters in this single node you’ll be able to create any mix of matte, diffuse, subsurface, glossy, anisotropic, transparent, glass, and emission materials. The material includes fast, tweakable, realistic fake caustics and non-opaque shadows for glass materials. The Ubershader is meant to be used almost entirely from the properties panel. The only reason the node editor would be necessary would be the addition of normal/bump/tangent maps.

File will need to be unpacked to use the background image.

Explanation of the Settings:

Feel free to leave any comments or questions you might have in this thread and I’ll get to them as soon as possible.

This shader is released under the CC-BY license. If you use this shader in a project, all that I ask is that you give attribution to myself and Stuart Broadfoot for his contribution to the glass shader. Aside from that, go wild, experiment, and have fun!

Thanks!
Will try it out.

Just out of interest, would something like this just for a simple glossy or diffuse material be significantly slower to render than just using the glossy / diffuse node on it’s own? Or does it not affect render times much having lots of nodes that aren’t affecting the material?

In my tests the difference in render times was negligible, about .4 seconds for both the included file and for a more complicated scene I was testing.

M9, let’s put this ubershader to the TEST. 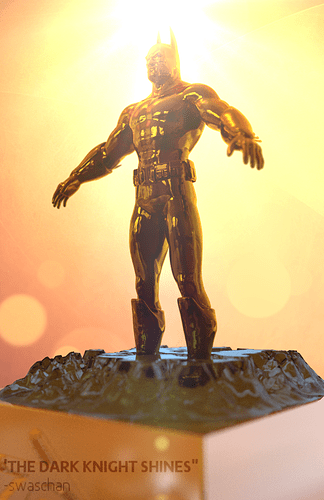 Had fun on this one. Loads.

Glad to hear you liked it, and very cool model/render!

Please let me know the issues you’re having with the glossy component, I’m definitely interested in improving it in any way that I can.

New and improved version. Added some very cool options and figured out kind of a hacky fix to the normal/bump issue (thanks Ace Dragon!). It’s very close to the Arnold Standard shader now. I’d like to add a fake, fast SSS shader to the mix, but I’m still figuring out the best way to integrate it all with the limited customization options of the node system (I’d kill for on/off tickboxes!). I’ll outline the additions in the original post. Enjoy!

they should add the switch_node to the material nodes

I agree, it would be very useful.

Also, v2.1.1 is ready. Anisotropy tangents can now be added to the outside of the node.

they should add the switch_node to the material nodes

+1 and including a input for Switch

This is very useful, thank you for sharing this great node setup

Glad to contribute! I’ll have some settings for different materials coming shortly, and more images for the original post. 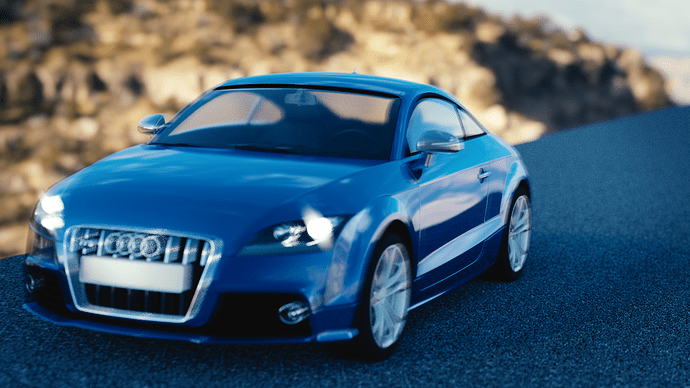 All materials created with the Ubershader. I’ll be posting the material settings in the morning.

This is looking awesome! Great work!

Unfortunately it’s getting obvious Cycles doesn’t like Big Shader Setups… (similar Materials renders way slower) So i would not use it as a general Material Setup. But it’s great for having a discussion/ an idea how an Übershader could look like, so thanks.

Unfortunately it’s getting obvious Cycles doesn’t like Big Shader Setups… (similar Materials renders way slower) So i would not use it as a general Material Setup. But it’s great for having a discussion/ an idea how an Übershader could look like, so thanks.

The speed hits I’m experiencing are very small, more than offset by not having to create shader setups by hand. I have more tests to do, but it’s been promising so far.

After some more tests it would appear that on my CPU for simple materials my results are about 15% slower using the ubershader. For complex materials there is almost no difference. This problem would go away if there were a way to code an ‘if’ statement with the nodes, or use on/off toggles, but I haven’t figured out a way to do that as of now, if there is any way at all.

The speed hits I’m experiencing are very small, more than offset by not having to create shader setups by hand. I have more tests to do, but it’s been promising so far.

Ok, not very Fair comparison, 1 Node against 28 Nodes, but then again, both just Diffuse Materials, Render exactly the same.

The Übershader is perfectly fine, it’s Cycles that either has a Bug or needs to be optimized. imho. Ever had 40, 50, 60 Nodes in one Material? I started to make my Materials as simple as possible, and pretty much gave up on using Textures for much more than very simple Materials or editing Image Textures… Ok, this is only partly cause it slows downs, other half is Cycles Texture editing through current Nodes is, well, ok for simple Tasks, but cumbersome for placing and editing Textures and more i can’t remember right now… But anyway, this does not belong in this Thread. So i will shut up until i have something about the Übershader. Thanks.

Edit: The “IF” or some sort of On/Off would be great. Together with Input, and not just Checkbox. Plus a State [Render Final(F12)] OR [Render Preview (Viewport)]

what a great contribution, thanks for sharing!