After a recent project, I had the idea of setting up a collection of game templates for the BGE. These templates would cover all the basic things needed for that genre, in a plug n play format.

Any ideas for future templates would be welcome. I was thinking maybe a driving template. 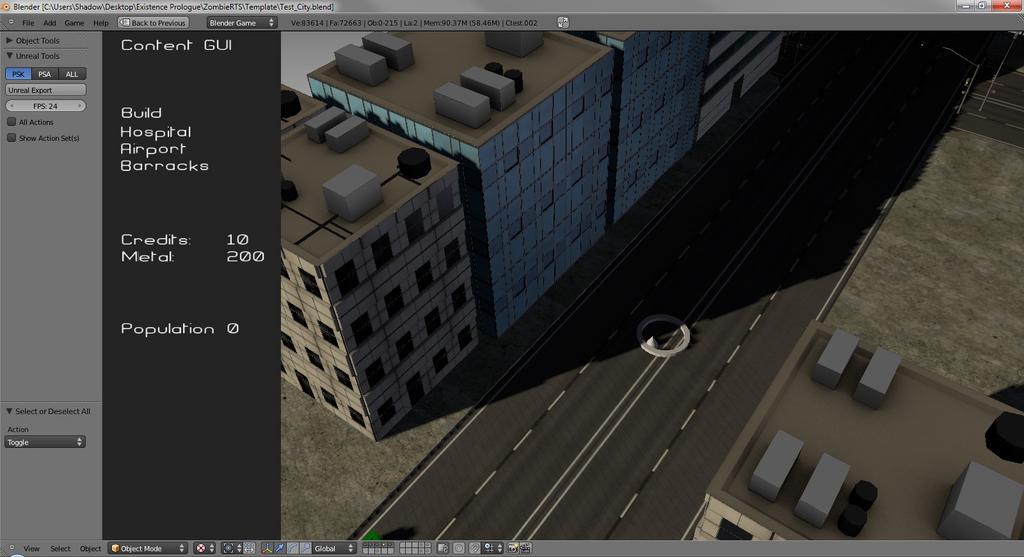 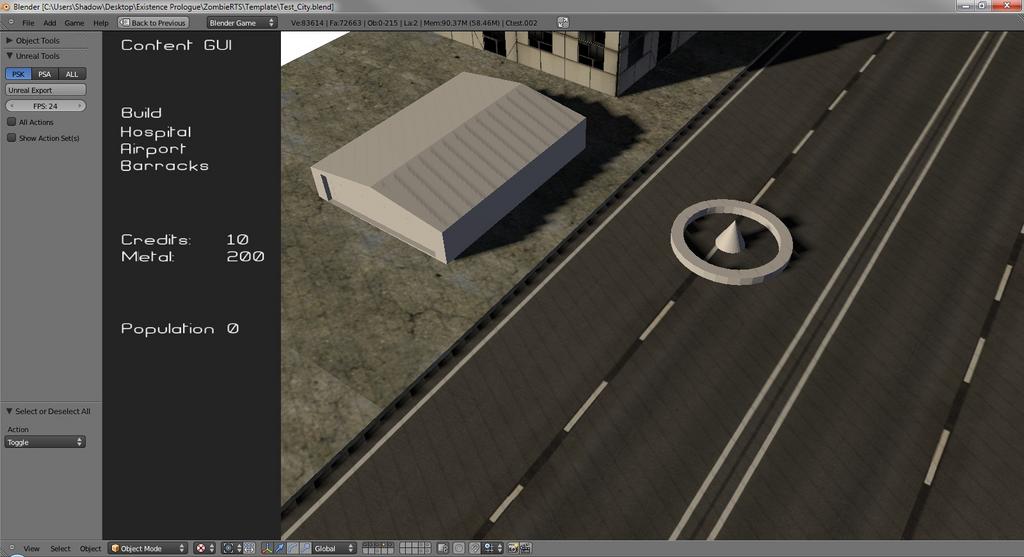 cool can one test it?

Great idea, and the graphics for the buildings are actually pretty good. Nice idea - keep going with it.

An RTS template would be a godsend, there is so much i could learn from something as juice-ful as that!

looks nice (try increasing the bias on the spotlight slightly until the lines are gone, there is a point between 0.001 and 1.0 where you get good shadows and no lines…)

I won’t be using it, sense I think it’s better to basically start from scratch and make everything yourself, just because I like the learning part of it. I like to gain knowledge. I probably won’t use any of them directly, but I will as some kind of a guideline. (The RTS template looks cool, I’d probably look into that)

Thanks a lot for all this! It’s going to be awesome (:<

By siege game I mean basically anything where you have an army of some sort with which you are trying to conquer a standing force, be it a castle or whatever.

@ Linkxgl: Hey, been awhile! I completely agree with you, its waaayyyy better for someone to start for scratch, because you learn so much that can be applied to future projects. However for a newcomer, sometimes they just want to sample the BGE, without learning it, and thats were this comes in handy.

@ skykooler, got it, sort of like the total war series.

and since I am posting - Update:
Integrated building/spawning units with the resources, so everything costs something.
Added queueing to buildings/civil units so you can spawn/build more things at once.

Organized an outline for the AI. There will be 3 types:
Master Enemy - This controls the large scale stuff with the enemy. Gathering resources, attacking people, etc…
Unit - this is the individual units ai. if the unit is idle and sees an enemy it will attack, etc…
Helping - This is to help the player. If there is idle civil units and other civil units building, the idle will help, etc…

Anyway, I hope to release the RTS pre-alpha within a few days, a week at most.
If someone would like to build a GUI/HUD for this template, feel free to PM me.

Alrite made the frame, you said you wanted it like starcraft. Well it can only improve from here right

How to improve it, obviously there is going to be a lot of data etc within the windows. Map etc…but what about color? Texture? Button layout etc…

I attached an edited version of your HUD with just a few critics.

I like the color, its a good generic RTS HUD, which in a template is what you want. Maybe if you lower the saturation a bit.

Also if you could make similar buttons, but in a rounded rectangle style, that would be great. Ok what about this, I think I’ll leave it like this. If you have photoshop I can send you the psd file. It makes it easier to edit…

keep up the good work guys, im working on a box selection system for you but is still under construction and needs allot more work. here is what I have so far http://dl.dropbox.com/u/6903976/boxSelectV0.3.blend

That is awesome! Maybe we can finish a rts template after all. I’m going to take a break from my Tom Bombadil game and help you with this. If you need more photoshop or 3D modeling help or anything else let me know

@ Siegel: Thats a smart way to do that! Keep at it, I appreciate the help.

@ Gudra: I have photoshop CS3 so just send them over. Help would be awesome, what are your strengths? Right now I need a few buildings, and/or a tech-tree window, so take your pick.

For the buildings, all will be standard RTS buildings, barracks, Command center, Armory, etc - Just take some inspiration from futuristic games (starcraft, warhammer)

And for the tech tree I like sins of a solar empires - http://warriornation.net/Forum/imagehosting/647b30588e8001.jpg

My main problem with doing a rts or any type of click move system is the ai =/ I dont know how to do it and I wish I did so bar XD make things move were you click avoiding objects along the way =/ be cool to have some actuators and stuff built in to help make that.

Since this is such an early release, most of everything has bugs and problems. There are plenty of incomplete features, but most work(ish).

Controls:
Left click to select unit
Right click to issue command
Use the mouse scroller to zoom in and out
Move the cursor to the edge of the screen, or use the arrows keys to move the camera
The Bottom of the screen is the temporary HUD, use this to select buildings to build, or units to spawn.

There are 2 buildings, a barracks and a city center. The barracks spawns Military units, while the city center spawns civil units.

There are 2 resources on the map, Gold, and Metal. Right click on them with a civil unit to start mining.

And on another note: I am working on a landscape for use in the template demos. That looks pretty nice!! I’m working on some similar Game…
I tried it, but got the error:

File “Camera”, line 42, in <module>
TypeError: argument of type ‘NoneType’ is not iterable

and also i could only drive around with the civil unit, no buildings etc…

Would be nice to test it, to get some ideas from it.