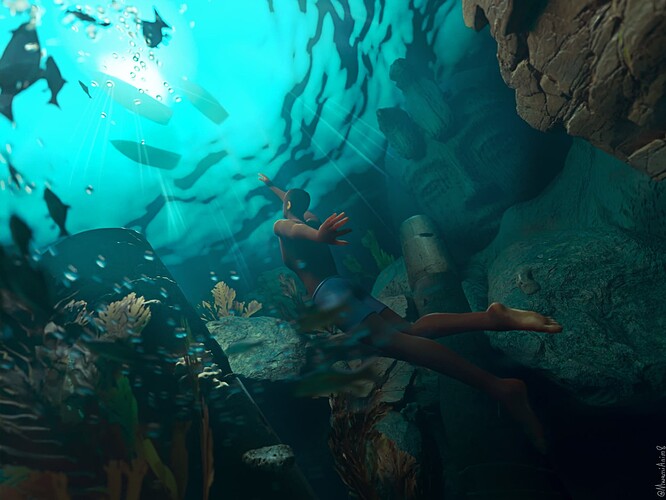 I have been playing around with Blender 3.1 Alpha daily builds for a few days now and sharing ideas that end up being a bit interesting.

This was based of a vague “underwater” idea that had been bouncing around in my head. Additional software/assets used Make Human, Quixel Megascans and Affinity Photo 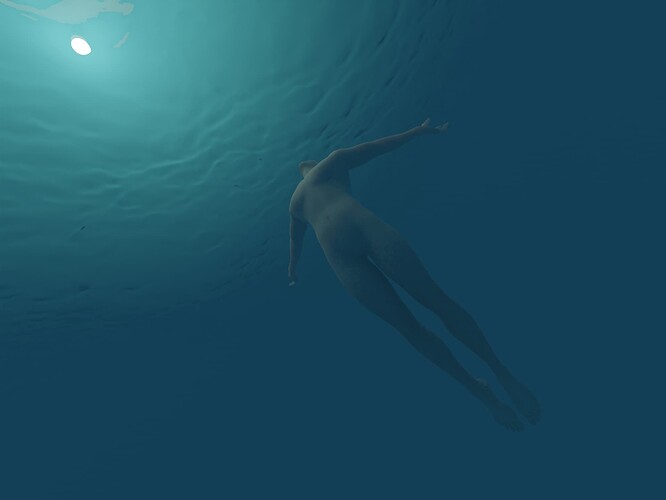 untitled1920×1440 22.9 KB
(first pass raw render, once I got the underwater environment I liked working with the lighting i had in mind I focused on working on a better composition) 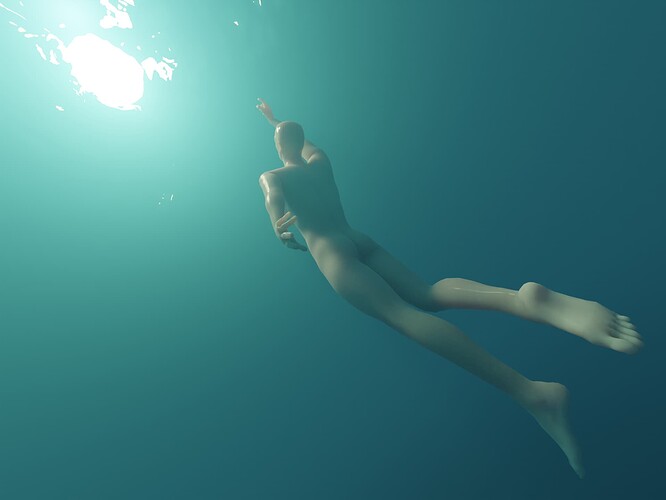 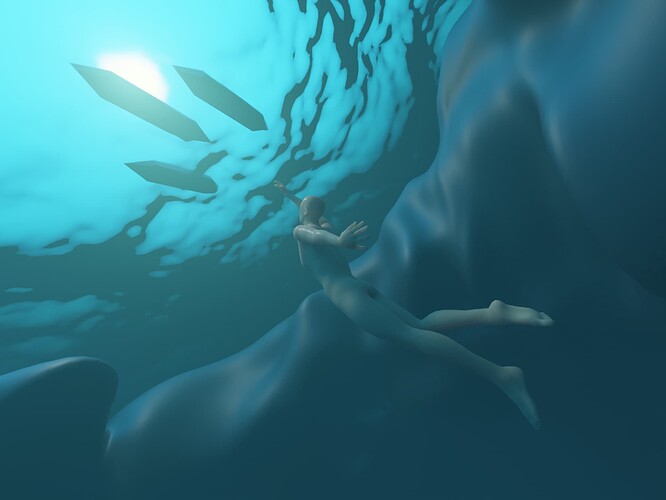 untitled31920×1440 56 KB
(third pass raw render, pushed the composition a bit further while working out the style the set dressing would be) 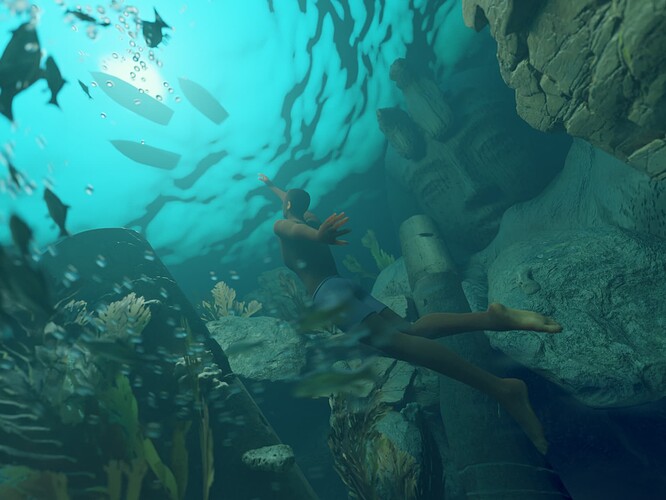 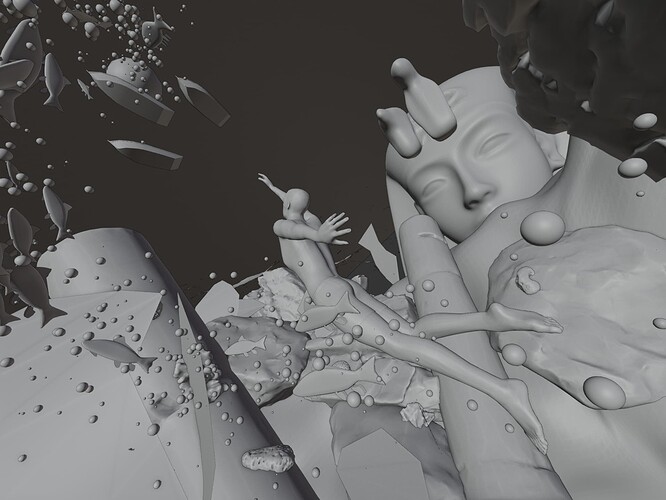