Well, you would think this would not need a post, but yet here I go.

When I UV unwrap the rectangle is at an obscure proportion then the real thing. It is really long and skinny.

Is there a way that when I UV unwrap it the proportions stay the same as the 20x28?

Ctrl+A /1 Apply scale and rotation to obdata. You probably scaled the plane in object rather than edit mode so the scale for each axis is not 1, important for UV unwrapping properly.

Your right, I did scale it in object mode…

So when I created the plane initially and scaled it to the size I needed should I then have used the ctrl A function? Would then, that be before or after entering edit mode?

Simply put, these two algorithms give the exact same result:

Ok, we’re getting there, but I have another question.

Pic 01. I applied CtrlA (scale) to the plane after sizing it and after unwrapping it appeared how I was expecting it to.

Pic 02. I cut the plane with two cuts and scaled them apart, then reset the UV unwrap and re-unwrapped it. Again this had the results I was expecting that being the rectangle in the UV window is the same proportion as what is in the 3D window.

Pic 03. I again cut the faces and scaled them to where I wanted them (very close to the first cuts) but this time when I reset and re-unwrapped it I did not get what I hoped. All the faces are not the same proportionally from the UV window to the 3D window. And as you follow the UV from left to right the rectangle shifts.

I simply want the UV window to match proportionally to the 3D window…What else am I doing wrong?

This is just the beginning of the cuts I will need to make. What do I do to keep this from happening as I add more detail?

Thanks again. I realize this may seem elementary, but I just can’t figure it out. 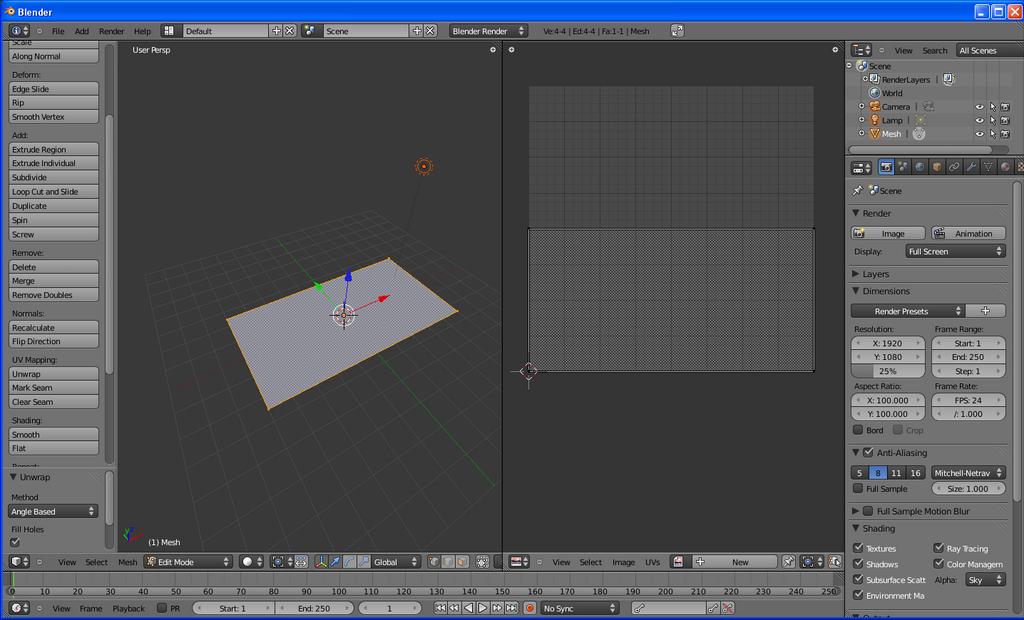 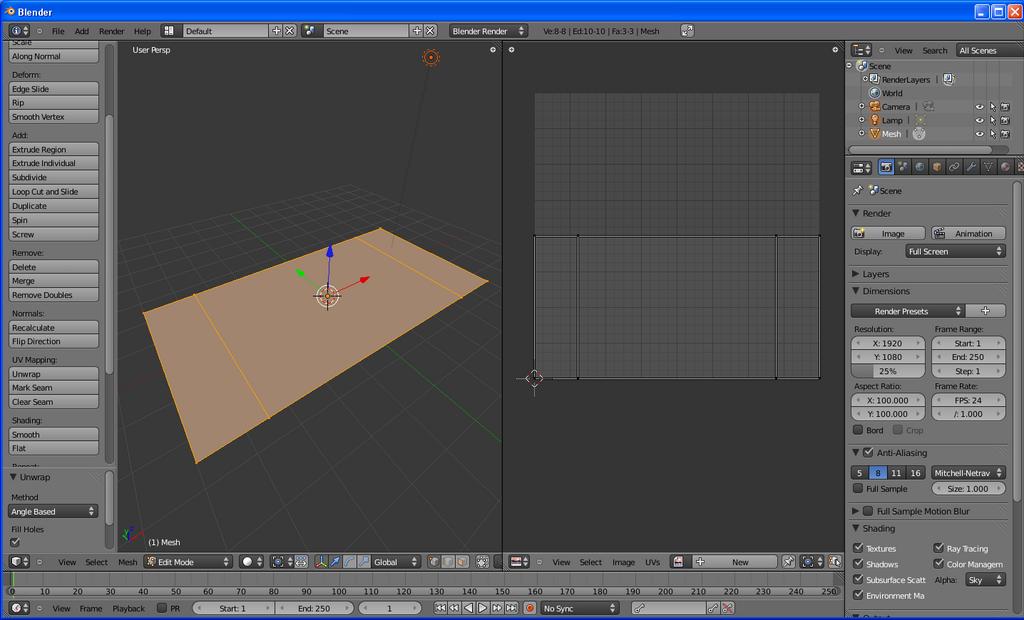 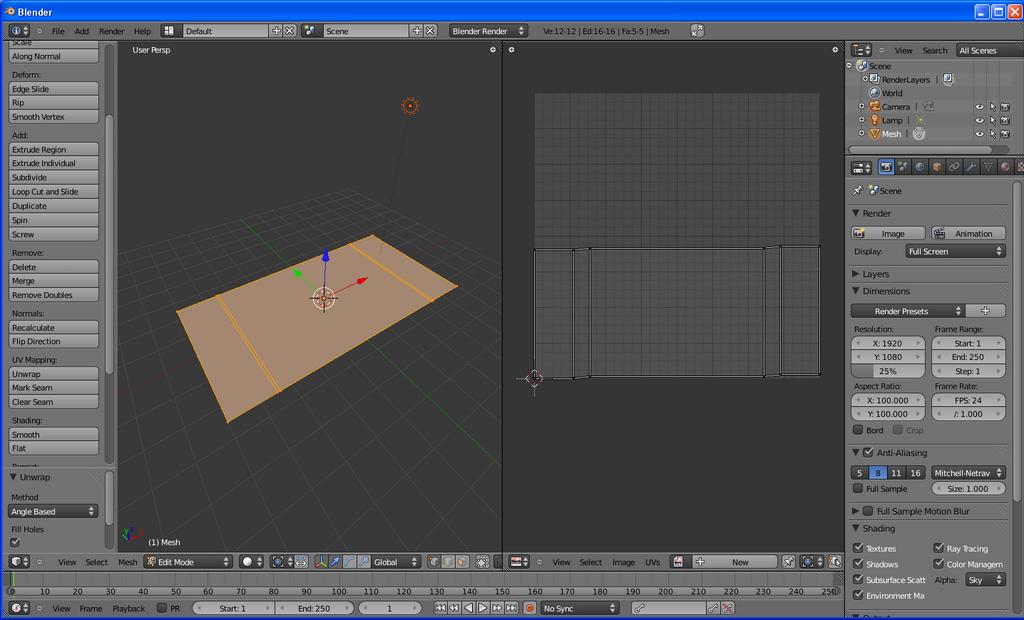 try U>>Project From View? (from top, of course)