Armory is still highly experimental, and some bugs make it only usable for prototyping (like how you can only have one pointlight at a time when targeting for windows, but in Browser you can have as many as you want). But Armory is very very fun to use, and there are games that made it despite of the problems, like Offroad Mania https://store.steampowered.com/app/1222040/Offroad_Mania/ .

do you mean ubpge better than armory 3d

no, thats just my opinion on Armory, I dont know stuff about UPBGE other than I didn’t like BGE at all.

Armory can export games to andriod, mac, browser etc, whereas currently upbge only suppets pc, so yeah, in terms of platforms, armory is better

Upbge is very feature complete,
And currently under heavy development,
(Youle + loki + all the work they merge fro master)

Where as armoury last I knew the dev Was working on armoury paint.

We have pbr/volumes/ssr/bloom/ and soon vulkan.

For logic we have logic nodes, logic bricks, python, you can compile .So files from c / py and now a friend of mine is using rust =D

For logic we have logic nodes, logic bricks, python, you can compile .So files from c / py and now a friend of mine is using rust =D

Very interesting. Can you share a link to logic nodes examples, and c/rust usage for game logic?
Thx.

for the compiled .so files - @sdfgeoff has a BGMC with it
I will ask @pacyfist from discord for a git of his rust ninjitsu

yes, I am old in upbge I have started with upbge but now I want to try another engine
but after trying armory
i think upbge is the best

Today im trying armory3d, because the never versions of upbge need a year or more to get to new release, armory on the other hand getting new release every month but the small update can easily break some files in your project or the old tutorials may not work nowdays. it also have ui feature, so you can easily create your custom 2d menus for settings, smartphone controls etc. upbge will get similar feature in 0.32/0.33 release. Armory also have logic nodes that have more flexibility than upbge logic nodes.

But the main killer feature and the thing why im still user of upbge is that its running on almost all OS, i mean, armory runs only on arch linux distros so i need to use portproton on my rosa linux r12.2 the geometry nodes is a great addition for upbge 0.3, you can make more impressive animations than with shaders. upbge also is heavily built into eevee render, which many people may see as a good reason to use it, but i like the original(0.2.5) render engine, yeah eevee have reflections, volumetric shaders, emmissions, but it still a heavy render engine, not a game engine.

As the conclusion im highly recommend to you the armory3d, all that it is way more optimized than upbge nowdays.

I also want to give a try for Autodesk game engine to checkout how it was working back in 2017.

we get new experimental builds almost every day*

I was talking about the release versions, that avaible from official page, not an alpha.
Also, where can i get the bgui for linux version of upbge(0.3/0.2)?

we get new experimental builds almost every day*

I believe that is false information. Experimental releases are only released once a month with the exceptions of a rare occasion where a critical bug is discovered. People can see for themselves by looking at the upload dates in the experimental download folder.

BPR is the Cerberus of upbge ahah

For me, i came to the conclusion that if there’s no will to finish a game in the first place, there’s no debate Armory VS Upbge , it will be all about making experimentation … Unironically , the more a game engine is " under development " , the more people are willing to “experiment” and not making games. Yeah because the engine is " not mature enough for that " .

So, at the end of the day, upbge or armory users are happy moving cubes as long as the materials are pbr.

I believe that is false information

once a week or so?

I had done cities but not residential areas 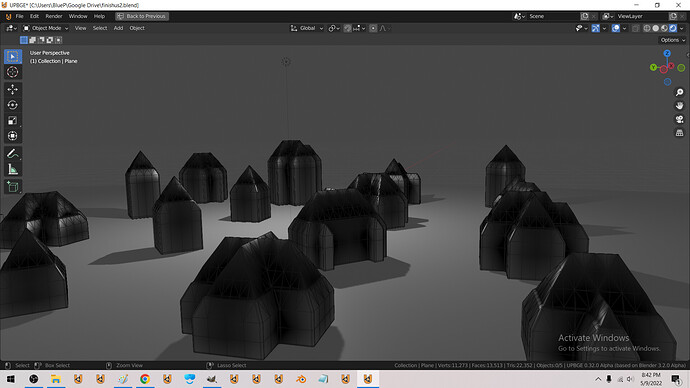 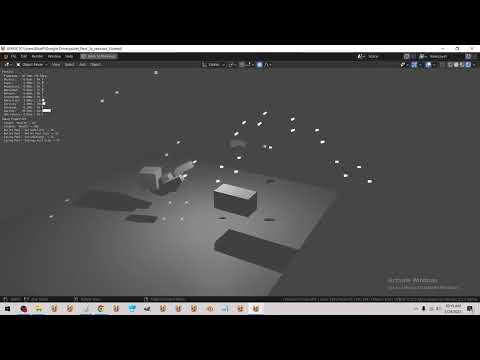 this was another nice missing piece.

I upload experimental builds for Windows each 2-3 days (following merges with bf-blender). Sometimes I use more time (around 1week) due to lack of free time but the normal procedure is 2-3 days. For other platforms I upload each 3-4 weeks.

Thank you for your Bullet_Pool solution! (I would make use of it in my game if I can’t stand any longer the sudden frame drop when adding objects)
Do I get it right this is a workaround for sthng that I would call a bug? Is there any chance that adding objects the regular way will be fixed?

you can’t approach this level of performance from regular add objects as this is all 1 drawcall* for the cases, and another for the bullets

add objects lag is not a bug,
we have a scenegraph and depsgraph and it costs resources to insert a object in both.

my trick avoids using either**

looks cool. It will be a parkour game like Rpaladin did a while ago ? (Not sure it’s him, but i know he heavily contributed ) . A collaboration would be possible to merge your respective projects ? Never too late to collaborate each other. The music in your game has my preference 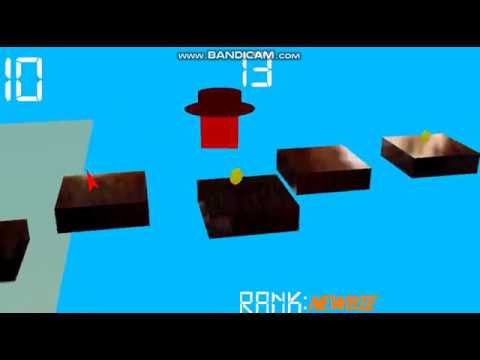