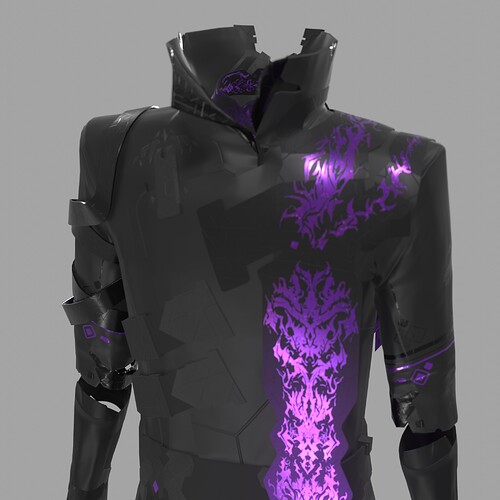 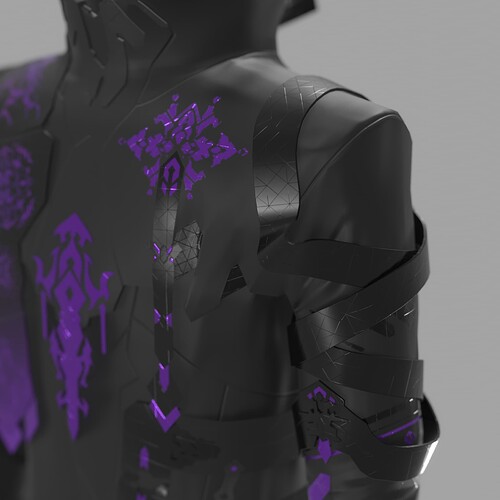 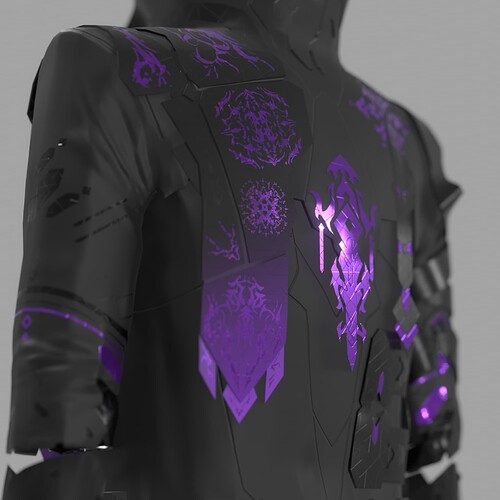 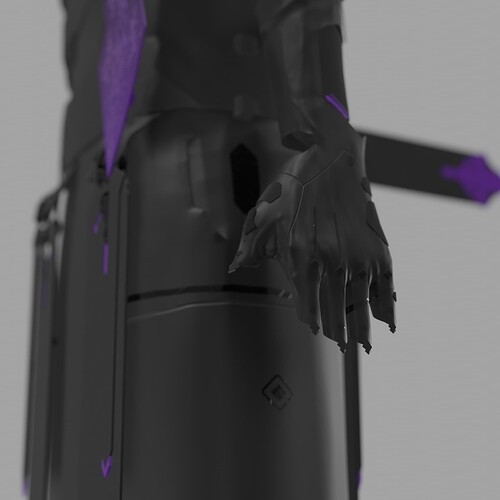 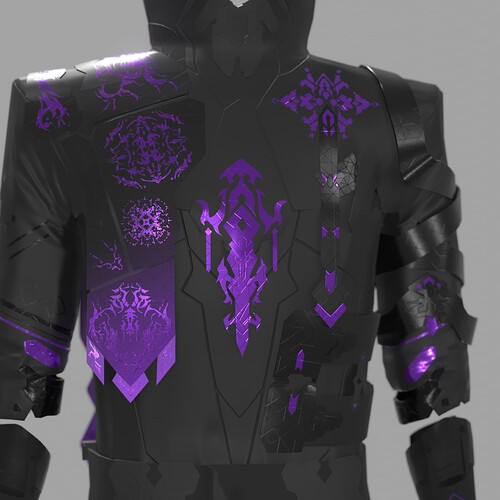 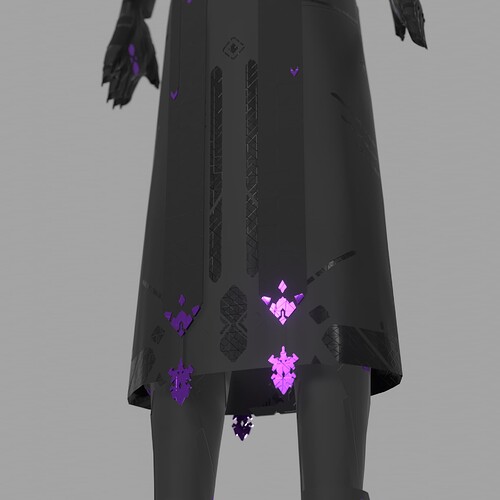 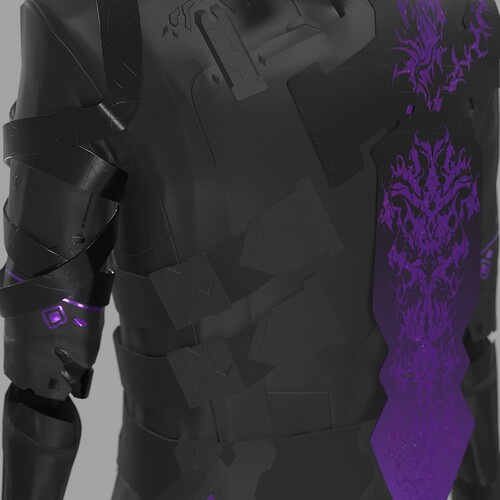 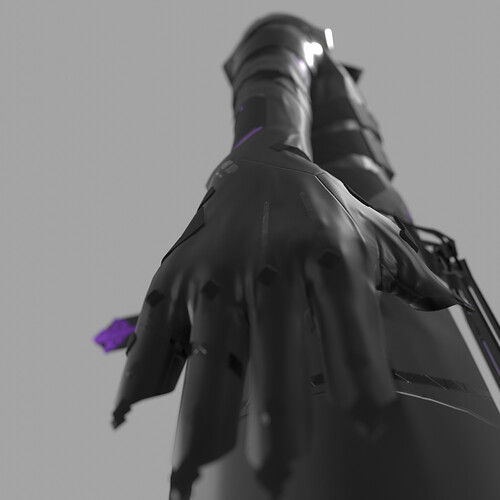 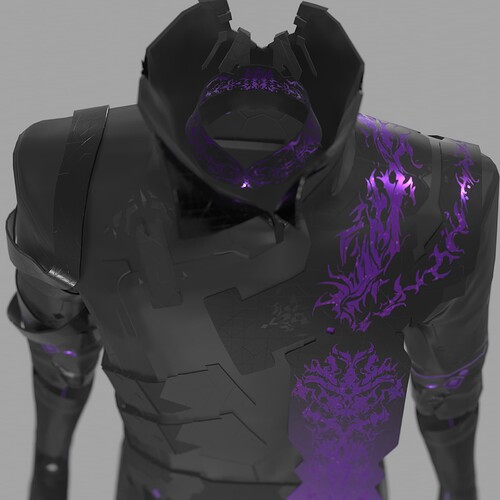 Mesh is made in Blender.Texture painting is collaborated with Krita and channel packing is done in Gimp.
These renders are from Eevee.

I’m a virtual streamer on Bilibili and those are my recently works on my new model.

Your detail work is fantastic, but I’m not convinced there’s a body inside these clothes. There’s no evidence of any secondary anatomy in these shapes. I also think you’re gonna have a hard time with deformation on those shoulders too, which will be a problem if you’re gonna be streaming with this body. Ultimately it will depend on how you handle the design of the head, unless that’s done already

Hard time on correcting the deformation, definitely. When the first time I was trying to skin the mesh I find it was indeed beyond my ability, especially with the rigging tools that Blender currently has. Also as in the pics above, the default pose is not in T-pose, this gives me a lot of pain to deal with shoulder deformation - “why the deformation is such weird” .

And I realized the differences between different softwares. In this case the finished model will be imported into Unity and come out as VRM format, which they have different ways to handle rigs,skinning and physics.

In the end, for this new version, I’ve designed it not for being used in Blender (like doing animation in Blender) and all physics is done using “Spring Bone” in Unity (which physics is based on bones and weight painting). So I won’t be concerned about rigging mechanism and only focus on basic deformation such as joint area. Also the whole lower body will be removed because I find it is just impossible for me to make them deform as what I think it should be.

Even with all of these, it will still take a long time to complete the model.

As for of the head, it does sometime penetrate the formar parts of the collar (in Unity), I assume it is about the physics setup in Unity and I’m aiming to fix this in this new version.