The addon “F2” has a useful feature as demonstrated in the dox, but I am unable to get it to perform in the same way. In this illustration: 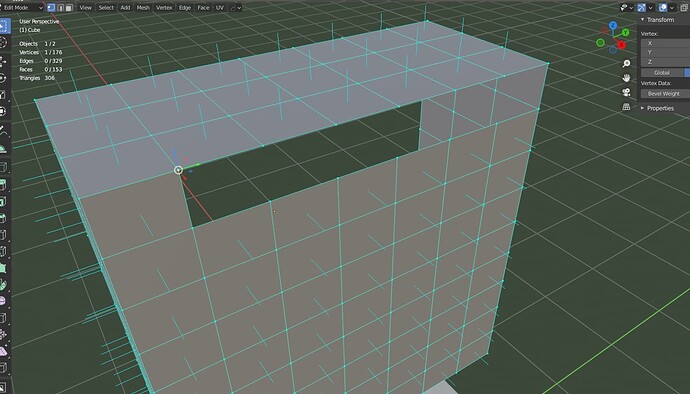 Using F21452×831 91.9 KB
I’m attempting to repair the missing row of faces. I should be able to select the indicated point and hit “f” repeatedly to fill in the missing row. While the first missing Face is generated, the (new) diagonal point is Selected, and not merged w/the appropriate existing point, and does not continue the process as demonstrated in the documentation.

Selecting the other first point doesn’t generate a face at all, so it seems “F2” wants the “upper left” point of a given quad.

Anybody got tips for using this potentially very useful addon?

EDIT: perhaps one vertex is not enough: although it generates the first face (and then ‘fails’), selecting TWO vertices makes it behave as expected.

The position of the mouse pointer is relevant. Put it “on the other side”. (You maybe also want to look a t fill grid.)

F2 addon is no more necessary to fill the row.
Its behaviour has been partially integrated into default blender.
If you select an edge, you can fill the row with or without the addon activated.

If you press F with only one vertex selected, default blender creates a triangle.
F2 addon creates a quad. That is the only reason to keep using this addon in the same way of the polybuild tool is used.

F2 addon is no more necessary to fill the row.
Its behaviour has been partially integrated into default blender.

So it has. Thanks for the hedzup.