I’m working on a Macbook Air. There is no numpad of any sort so I selected Emulate Numpad in User Preferences. How do I do a command like Numpad-period to zoom into the active object?

Use the View / Align View menu entry or just remap it to another shortcut in the User Preferences.

Thanks Richard. That also showed me the way to the ± keys and how to handle that. :RocknRoll:

Richard i`m trying to do that now, want to use alt period (.)
but when I click the “add new” button in the 3D view shortcuts to set it up nothing happens… ?

I want to keep the current shortcut on the numpad as I intend on getting a numpad device but I want a shortcut as well on the main keyboard (alt period), hence i`m trying to “add new” 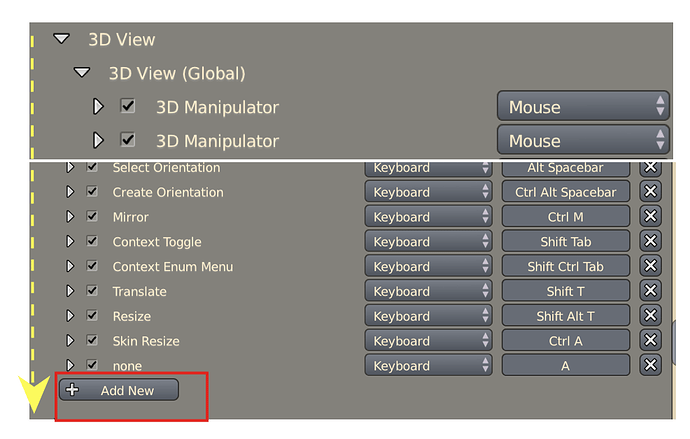 When you press the “add new” button, it makes a blank shortcut entry called “none”. Click the arrow next to it to expand it. Paste view3d.view_selected into the text box on the left, and click the “type of event” box that is in the top right (it should be set to A by default). type the symbol you want in there, and if you want to use a modifier with it, check the appropriate box.

My mouse has forward and back buttons, so i have local view and view selected set to them (alongside the defaults). I recommend doing the same if you can. It is faster than pressing keys on the keyboard.

Gold!, thanks Zanzio, yep I need to upgrade my mouse to key in more options there…