"UV texture" preview in the 3D view in Blender 2.8

There is one thing that I always come back to Blender 2.7 for and that is UV editing because Blender 2.7 had this awesome thing where you could force your 3D model to display the current texture that you were using in the UV editor. I always used that to display a checker texture over my model to check for stretching because really the only way to detect stretching is to look at the 3D model. 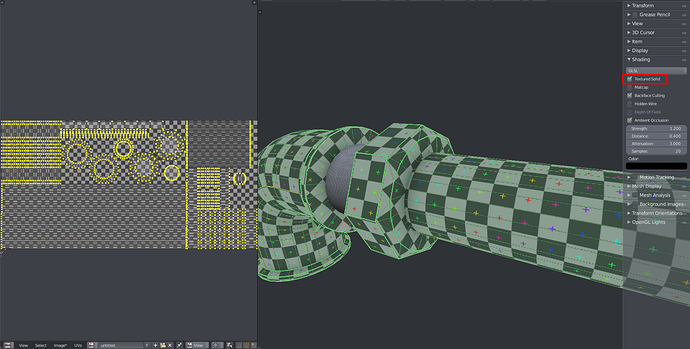 In Blender 2.8 I’ve found no easy way to display a checker texture over my model. I’ve had to assign the texture to the material itself and then replace it once I am going to apply the real texture.

I would really like an option to temporarily override the material with the active UV editor texture. It could be a shading option in the solid mode.

This would be handy. I’ve just got into the habit of creating one checker texture and dropping it into the material of each object I start unwrapping (or rather copy and pasting it). I don’t actually hook it up to the material, just use Node Wrangler and Ctrl+Shift+Click on the unconnected Image Texture. In 2.79, in Texture mode it automatically used any image texture that was selected in the Node Editor whether connected to anything or not (without Node Wranglering anything).

The advantage of doing it using Node Wrangler in 2.8 is that you can very quickly see your checker image in other view modes like Look Dev or EEVEE rendered view.

EZPaint addon has a toggle for quick view of a checkered image or color grid. I will have to check in the morning to make sure it is working, but it is in the 2.8 thread list.

There is one thing that I always come back to Blender 2.7 for …

I thought of making this same exact post several times over the last few months, but then… as my main workflow and other set of pipelines relies and is so much still dependent on 2.79.x and I also find some of these tiny little (yet very handy) features haven’t been ported to 2.80 … so, I was kind of half-motivated to ask for an immediate workaround for this particular thing.

Now in all seriousness, I am really looking for an alternative trick/method in the latest master builds!

And most important of all is that you need to be activate Blender Internal Engine (this for some reason didn’t work for me in default Cycles mode). Even though, I didn’t use Internal Engine for many many years since the advent of production ready Cycles… and now with Blender Internal gone in 2.8, can we replicate this functionality in Workbench as well?

PS: Please remeber, for this functionality there is absolute no need to have any material for the respective object. It’s pretty simple and quick to check the tiling of the UVs and stretching (if any) as it is.

I used to think I’d miss this, but I set up a macro that simply created a material with the checker in it, and went back to the original if I ran it again. I eventually replaced it with Textools’ version of that, as it worked wy better than my wonky script, haha.
Now, ofcourse Textools hasn’t been ported yet, but it’s coming eventually!

As an alternative though: In Cycles or Eevee, if you’re in ‘Texture’ mode, it displays whichever texture you’ve got selected in your nodes, not the one that’s connected to the shader. This works almost exactly like 2.79’s way, with the exception that you’re now selecting your image elsewhere, which I understand might suit your workflow less…

I am stunned to see that this have gain no attention yet, i made a thread about it today and i can see a lot of people switching from other apps just baffled to see such a basic feature not working.

I waste about 1 hr today just looking for a solution and yet nada?

Another way for a flat texture view:

Displays the image from an image texture node (can be unconnected) in the material.

very important topic for me too.

You’ll find some answers here: https://www.youtube.com/watch?v=ydgpVmsQAIM (to switch to the shaders view, click the ‘shading’ tab on the upper part of the screen/window)

I would soooo much like to know that as well.

What if I have 200 materials on an object and I just need to make sure they all have the same texel density?

Should I go and put a node for the texture in each one of those 200 materials?

I’m very surprised as well that the current version is a stable version without that option. How are people doing game development without it? Manually assigning textures all the time to every material ID?

If Blender 2.7 had the infinite layer system that 2.8 (and basically every 3d software) has I wouldn’t move to 2.8 any time soon. But it’s either handling things like that or missing the super important layers thing… Eevee… new UI… I could live without all that. If there was a way to just make 2.7 get infinite layer natively as wel…

I did find a (terrible) solution though.
Eevee doesn’t have override materials but cycles does. I can create a material with the grid texture, put it as an emissive shader, set all light paths to 0 and just 4 samples, work in rendered mode and you have one terrible way of working with constant texel density on everything.

It probably doesn’t work for the majority of people as you will have to mess up your render settings (as opposed to just enabling or disabling the material override). But in my case, I’m working with multiple objects with dozens of materials each that will be used later on as a linked file on another file. So none of those changes affect the main file and neither am I using this file for render, just to prepare the mesh.

So in my super specific case it works. For everyone else and all my other projects… maybe some coder will make a script for that later on…

Maybe someone could update the manual? Currently it’s wrong:

The UV Editor allows you to map textures directly to the mesh faces. The 3D Viewport shows you the object being textured. If you set the 3D View into Textured viewport shading, you will immediately see any changes made in the UV Editor

You can perform UV texturing on a mesh within Blender without assigning a material, and you will even see it in your 3D View in textured viewport mode.

I solved this problem with a nodegroup what you can see the picture. (colorgrid texture is a blender generated texture what you can create in e.g. image/uv editor)
I create every material with this node, and I turn it on/off with M (mute). This actually is a cool hack. I wrote a little addon/script that adds a floating texture node into my materials, so I can view a checker texture now, then when I hit my hotkey again, it removes it/cleans the materials/scene, so I don’t have anything left over.

Ideally/I hope they add a 3D View option/toggle that shows checker display more easily/without having to modifying materials and so on. I saw the proposal on RCS, but who knows when that will happen. 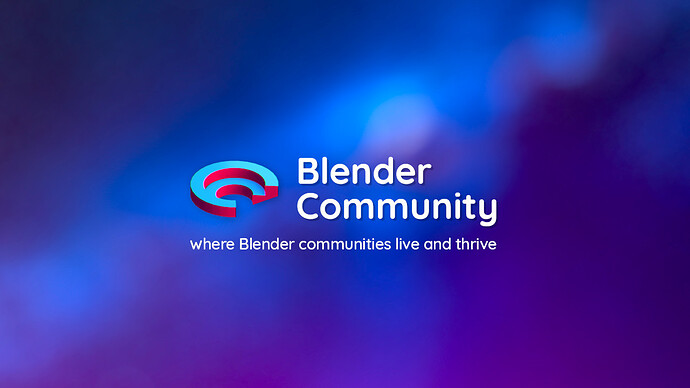