Is this all done in Blender? I really like the style, reminds me of oil paintings.

Thanks, @grant.r.brown. That is exactly what I was going for here. I’ve been trying different techniques to achieve a painterly look, as you can see in several of my landscape pieces. In some of those, I’ve done post in Gimp, particularly with the G’Mic plugin.

For this image, the only post-Blender work is a crop and a slight adjustment to the levels with the Colors->Curves. These could also have been done in Blender’s compositor, but the ridiculously slow update between adjustment makes fine tuning curves a tiresome chore. I hope that they someday implement caching in compositor nodes so it will stop recomputing the whole graph every time you make a change in the final node.

For the terrain, I used Gaea. There are some folks working on erosion addons for Blender, but at the moment you need to use an external program to make high-resolution heightmaps with decent erosion.
In addition to the heightmap, I also export various data nodes as black and white maps. I import these in the shader editor, and combine them along with Blender’s nodes to create the material, including additional displacement.

Much of the painterly feel for this image is created by abusing the denoise node in the compositor.

Gaea seems very cool, didn’t know about this but I’m going to check it out. I’m a big fan of these sorts of landscapes that are mostly a study of colour too. 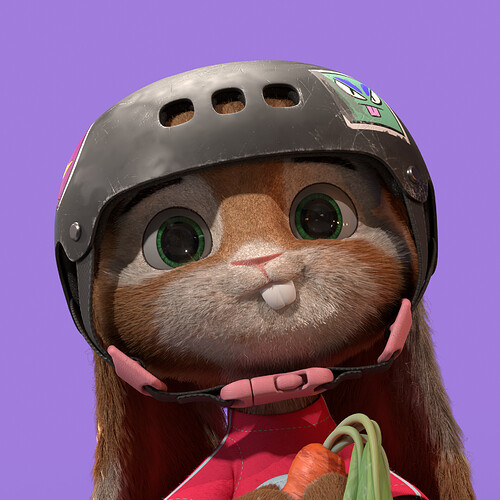