While tweaking the Vector Blur node settings for some Kata sequences I noticed that one of the node settings – MinSpeed – has a tendency to produce some ugly artifacts and aliased edges when set to anything but 0. I made an animated GIF ( 7 seconds per frame) to illustrate:

The first frame has no Vector Blur, the second has MinSpeed at 0, and each successive frame ups the MinSpeed value by 1. Check the areas near the red curves – black artifact lines and pixels are sometimes drawn across the image, and the right (blue-lit) edges of the figure are badly aliased at most of the settings. Only at MinSpeed = 0 do these not occur to one degree or another.

MinSpeed is supposed to limit how Vector Blur is applied to “slow” moving objects – without it, even a 1-pixel change in an object’s vector can cause blurring, way too sensitive for most cases where a motion blur is wanted, and causing overall blur when it isn’t needed. But the artifacts are worse.

As a workaround I developed a little node setup that may help others who experience the artifacts: 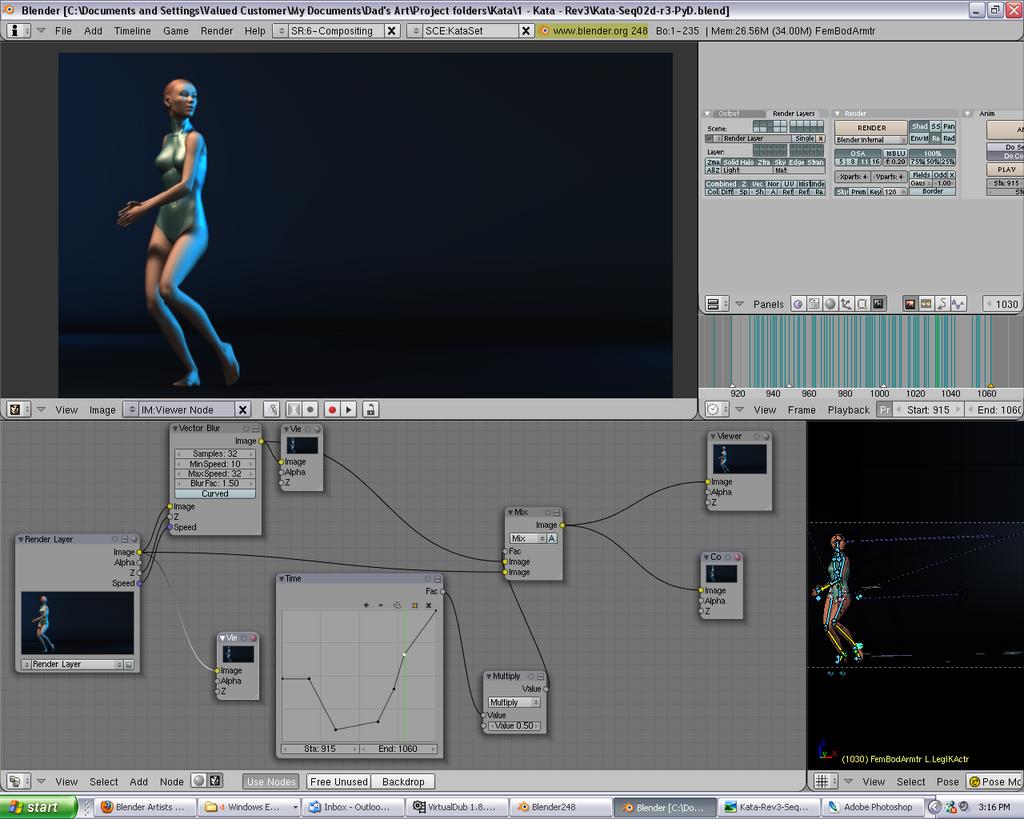 What this does is take the un-Vector-Blurred image from the Render Layer and Mix it with the (probably) over-blurred image from the VB node, using a Time node to modulate the mix Factor (some frames may need different levels of mixing). This way you can leave the MinSpeed at 0 but still get less blurring when it isn’t necessary.