Hello guys, I’ve been working on a velociraptor after being inspired by the velociraptors in Jurassic World. So far I don’t like my progress so I’m going make it again. Topology can be hard. I’m modeling the mesh by hand and then sculpting it in Blender to add more detail. I hope to make good progress on this. 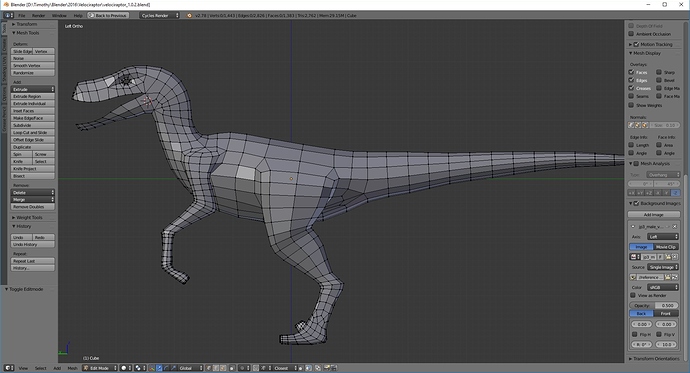 I would suggest to try maintain the curvature of legs where they meet the body. Also try to follow the topology of mouth which i highlighted for you in pic below. 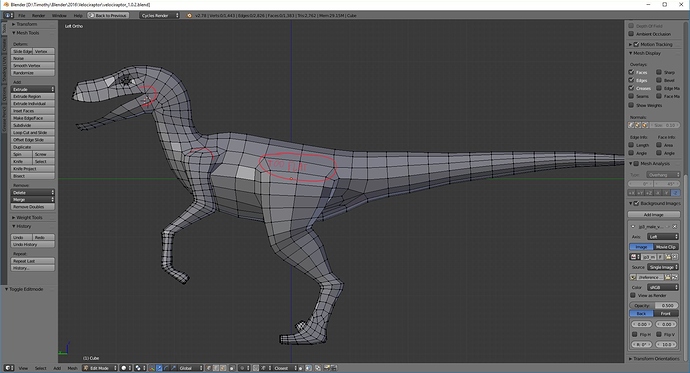 The Velociraptor actually had some feathers on his had so why don’t add some it would give some extra Detail to the model.
Probably sizing down the lower jaw would give more realizm to it.