Hello,
I have multiple objects that I want to use one texture file for.
What I’m wondering , is it possible to see the UVs of another object while I’m working on positioning the UV’s for the current object I’m UVing?
That way i can better position the UVs of all the other separate objects on my Texture.
Is this possible?
Thank you.
M 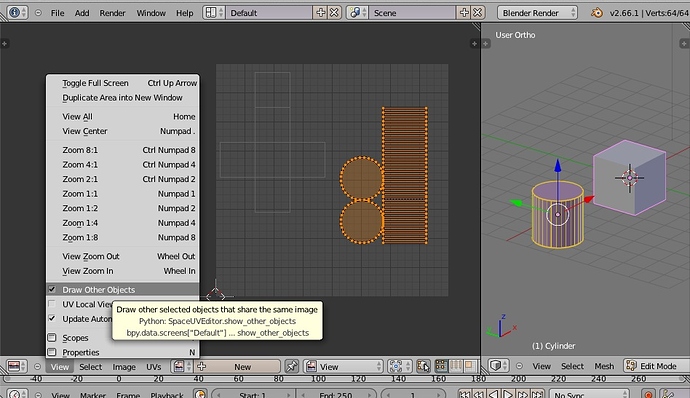 Thank you… strange though… .for some reason it’s not working on mine.
(Blender 2.66.1)
I’ll noodle around and see if I’ve messed around with some setting.
M

I just tried it again… and it’s not working for me.
What version are you using?
I’m using v2.66.1
arrrg.

GOT IT!
You have to Shift + Click first the oject you’ve allready UV’d, and the the one you want to work on… and it’ll show a template of the other object’s UVs.
Ok… I can sleep now.