This is just a nitpick, but how do you get the viewport to rotate around a selected object in 2.8? Either I’m missing a setting somewhere or it hasn’t been implemented yet? I usually just hit (.) to center on the object and rotate around it, but the pivot point is not centered on the object and it appears to be randomly chosen in the latest build.

Numpad (.) works like in 2.79 for me.
Pivot point may not be centered on object if selection is made of several objects or if pivot point was changed to 3D Cursor or another choice.
Maybe, your user preferences in 2.79 are not just matching default preferences of 2.8.

How about enable that? 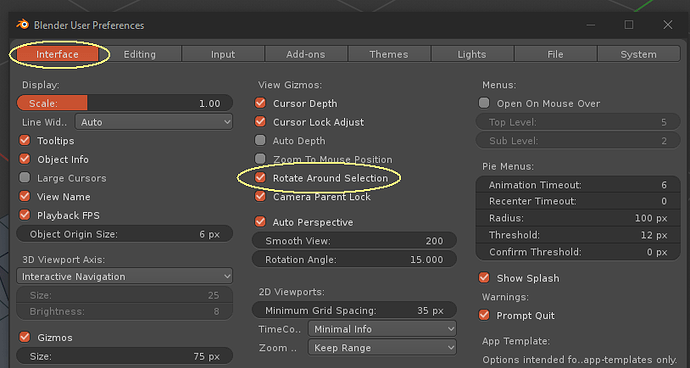 Thanks guys, that setting was the ticket, it’s working for me now. 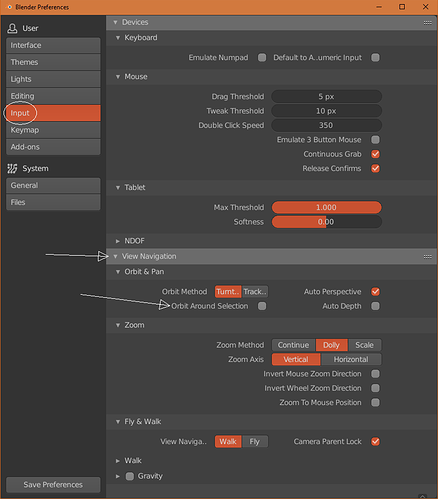 The option is no longer under Input, but under Navigation.

How to orbit the view around selected object only in the plane? To start X0Y and z = const?

I found a way: create a camera, and move it.

As of official Blender 2.8 release, I found this option here under preferences -> Navigation -> Orbit & Pan “Orbit around selection”
:

Thanks for this. I think this should be the default

I just created a video on how to do this using for people who don’t have a Numpad.

But this is much nicer.

It rotates around the object geometry not the object origin, is there a way to fix it???