Vomit creature in the night

I made the vomit creature by shrinkwrap modifier of a sphere on the ivy. The material is lava that was fine-tuned its colors.

What I am wondering about the picture are how the monster looks more living things and vomit-like. Also, I would like to know how to make the scene more like in the night. Or anything that you would think of the picture will help me. 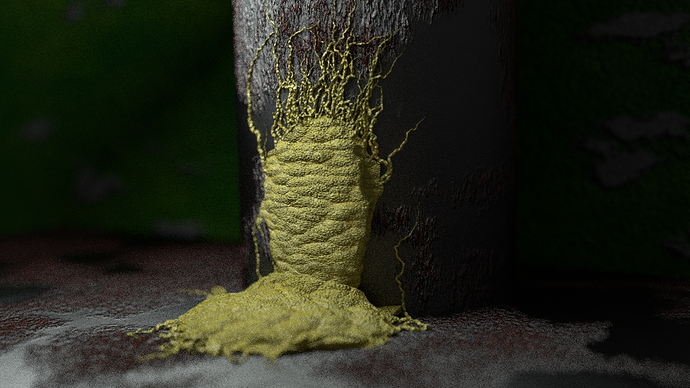 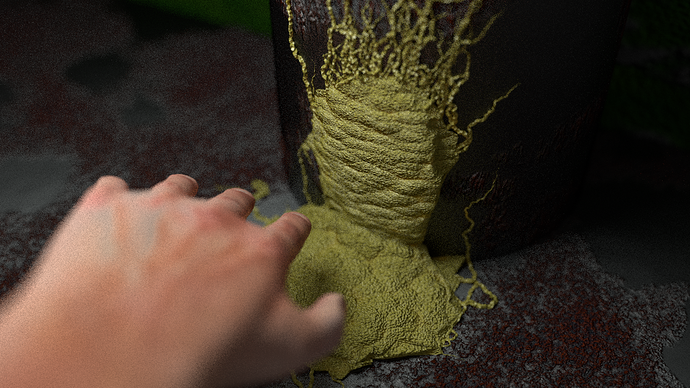 Some more images and reference is here : http://gappyfacets.com/2014/10/02/cgi-new-species-named-vomitrorella-patens-discovered/

Personally to make it look more “vomit-like” I’d increase the glossiness. I’m assuming the light is coming from a street lamp right? Street lamps often look quite yellow. Example. The moss in the background looks a bit too saturated. The hand is also in a quite awkward position, it sort of looks too robotic and not natural.

Thank you for the feedback. I didn’t notice details of the light color,the moss and the glossiness of vomit material. I tried to refine the scene the way you mentioned. 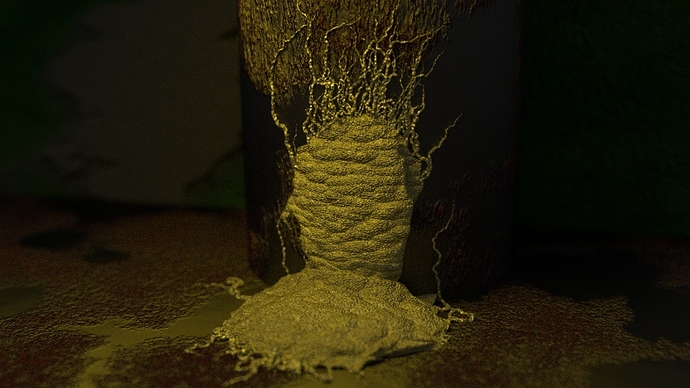 SubSurfaceScattering, and make it have a chunky texture. Like some yeelow and red and stuff. You will probably have to look up photos of real puke (you frreak!). Also, move the camera over, the focal point of the image shouldn’t be in the center (good ol’ rule of thirds!)

don’t touch it or you’ll be sorry…!