I just started using the Voodoo camera tracker, and I followed a couple tutorials on it, seemed to got it to work okay my second try, but my first, and all of them now, seem to have the dots created after I run the python script placed randomly everywhere. The camera also jerks around randomly at points too. Am I doing something wrong?

I used free move, none interlaced, and recorded with a fe-190 Olympus camera.

Here’s a shot of what it looks like after I run the created python script.

I deleted everything in the scene before I ran the python script like the tutorials said, I’m using voodoo .9.5 beta. 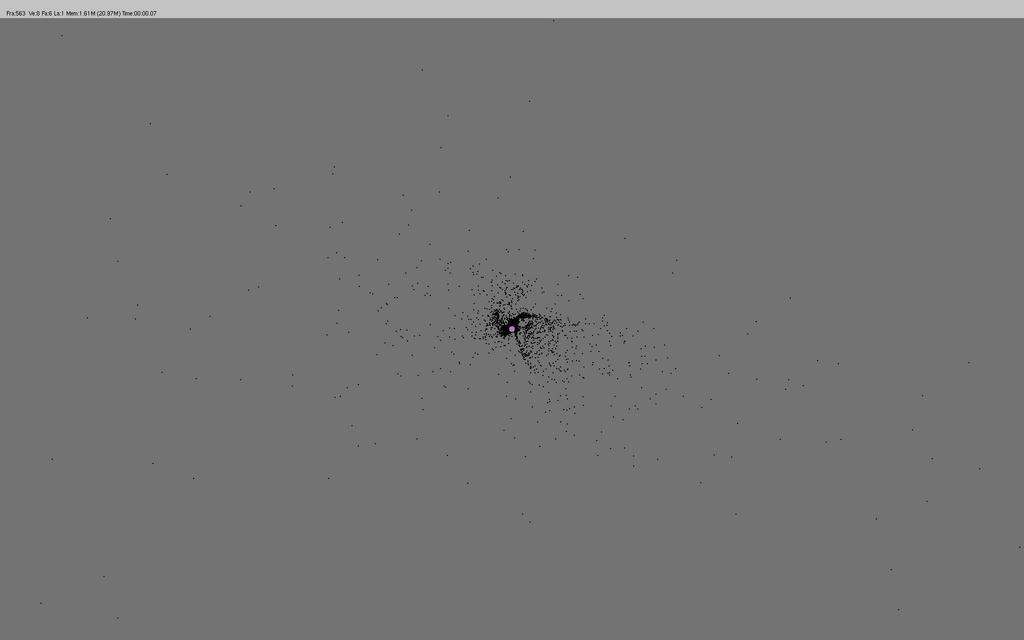 With free move, the dots will be scattered in 3d. The camera will be jerky if there’s only a small camera movement relative to the scene. For a non free move, the points will be in an arc surface.

Is that normal for the free move setting?

It’s only normal if that’s what your real camera did when you shot the background plate. It sounds more like you got a bad track.