Warning before deleting an object?

Is there any feature or add-on in Blender which displays a warning before deleting an object from a scene?

A few years ago, I made my own fork of Blender 2.78 which addressed a bunch of personal UI annoyances. One feature would throw up a modal “are you sure” dialog box before performing a delete operation on an object (or a set of objects): 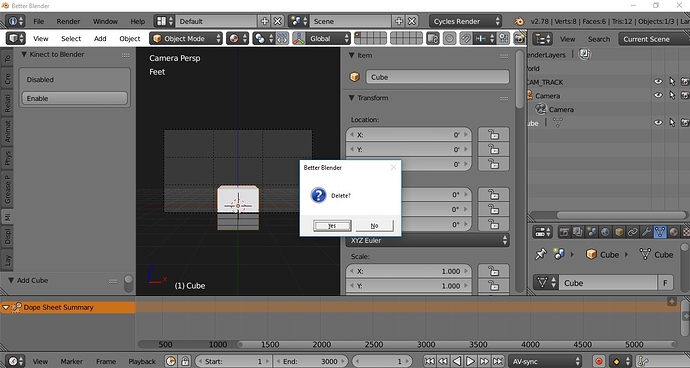 I put in this feature because I found myself sometimes accidentally hitting the delete key in a complicated scene but didn’t discover that I had mistakenly deleted an object until much later.

I’m happy to report that Blender 2.8 addressed nearly all of my UI annoyances, rendering my custom fork pretty much obsolete. But I would still like a way to do something similar to this with deleting objects. Any ideas (other than starting a new fork of Blender 2.8)?

you mean other than the one we already have? 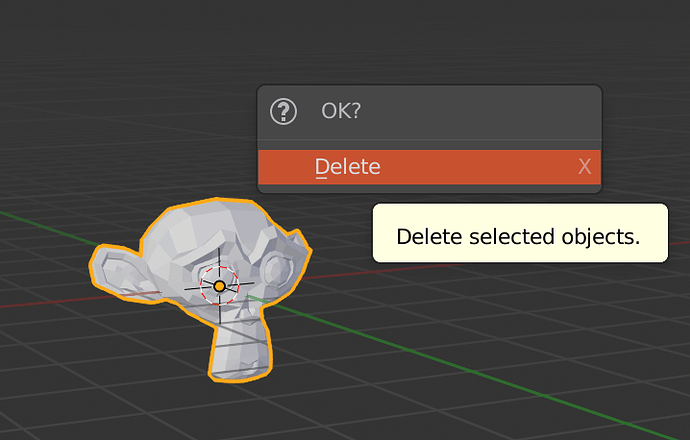 Not sure if one can toggle that one or off but I usually have to do an extra click unless I ctrl-x an edge for example.

I think @simplecarnival may be referring to how the ‘delete’ key doesn’t show a confirmation in 2.8.
the ‘x’ key does, however.

You can enable this functionality for the delete key by going into the keybind editor.
Search for ‘delete’ at the top, then scroll down to ‘Object Moe’
Open up the Delete that corresponds to the delete key, and tick the checkbox that says ‘confirm’

good to know, thanks! (was trying it from a macbook, so there’s no delete key for me)

interesting that it won’t ask for confirmation for collections, maybe that’s just work in progress with all the outliner changes.

Perfect! Thank you so much!

Ah, thanks! Good to know.