I have run into this several times, most often with imported paths from Inkscape. This time it is just with some Blender text converted to a curve. Each character was separated into it’s own object and then parented to a circle and the circle rotated. After each rotation, the rotation was applied to the object. When all the numbers were rotated, the circle was deleted and the numbers joined together back into a single curve.

Now there are all these weird lines and I cannot get the group to rotate.

With Inkscape paths, I have gotten the weird lines, but everything has otherwise worked as I wanted it to, tho sometimes the Inkscape paths would import strangely, i.e. letters with empty spaces, such as “p” or “b” would be filled in.

Sometimes this will happen, but if I close Blender, the re-import the path, it works fine. Weird. This is with Blender 2.49b, but I have noticed this behavior with probably the last five versions of Blender.

Anyway, has anybody else ever had this problem? Is there a solution? What is causing this?

Attached is the .blend file.

When I opened the file there was no strange behavior, though I have seen curves act like in your pic. The z axis of roatation on your object is locked, press N and unlock it.

So I’m no real help, just telling you that I couldn’t reproduce the problem. 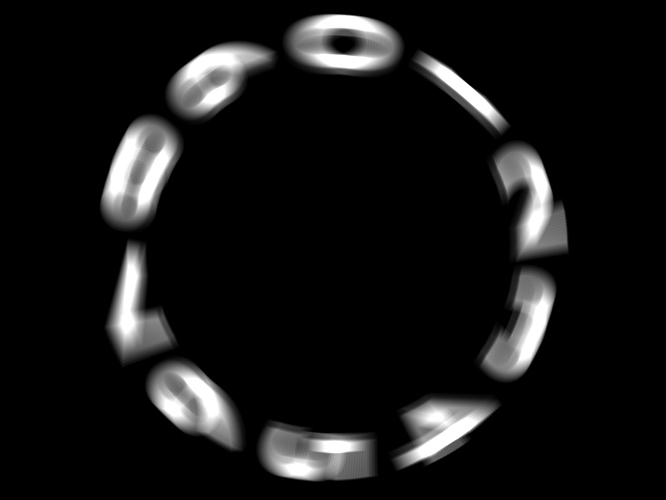 Thanks, good to know I’m not the only one experiencing that issue. As far as stuff from Inkscape goes, it does seem to help if you save the file as plain .svg, rather than Inkscape .svg. And I got to learn something new. I didn’t know you could lock the axis like that. Interesting. Thanks again for your reply.

well if you ahve a file with the problem then report it as a 2.5 bug
and they’l be able to work on it !

I have seen SVG import make small deviations in the Z-position after import. If you can remember, do a Scale/Z/0 keystroke after import. This way all points will initially be at z-pos-0 and not some small float value.