For a project I’m working on, I need to animate leaves growing from branches, and render it in a small beta program called SmallLuxGPU. The program itself is a demo, but is fairly functional and renders using your GPU.

However, it doesn’t seem to support normal particle effects, so I’m in the process of using Particle Instancing (which it does support) to accomplish my goals instead.

Do I simply have a setting wrong? 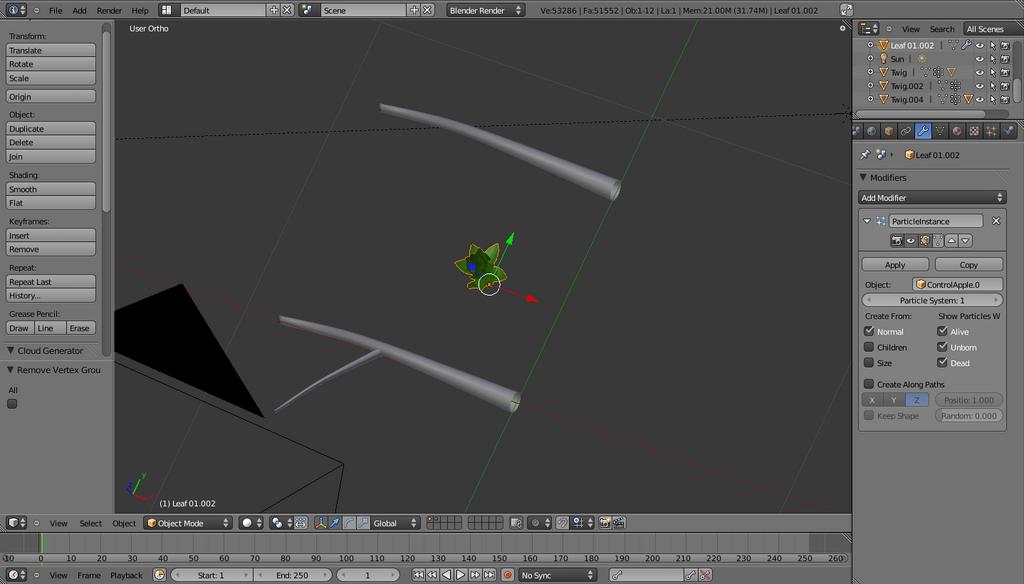