What is different in my model compered to the one in this subdivision surface example?

I’m trying to wrap my head around subdivision surfaces to better understand how to make organic shapes. But when I try to follow the example in this short explanation I can’t replicate the process: https://blender.stackexchange.com/questions/45925/whats-the-best-way-to-model-organic-shapes

In my blender project I have imported the example file of the tutorial. My own meshes below does look the same as example 1. But when I subdivide I get a different result. Also how do I get the blue outlining shown in the examples? I have to use edit mode to see the same edges. The edges in the examples are still visible even though they’re being shown in object mode. 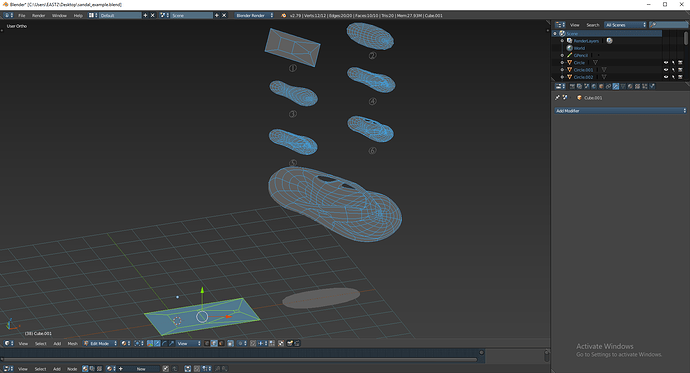 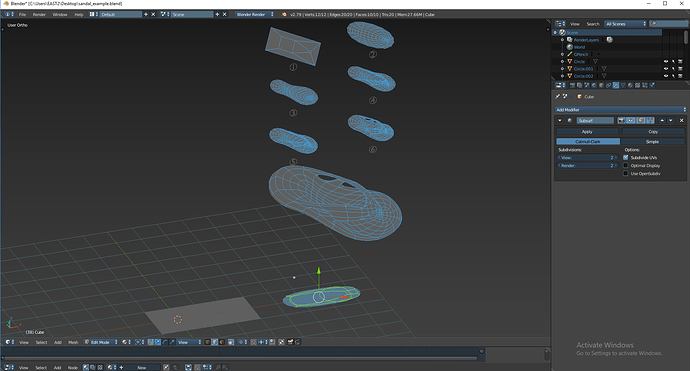 image.png393×740 41 KB
Generally you dont want these ticked, as there are few benefits to having the edges visable constantly.

To answer your question, you have to apply the subD modifier, currently its just that, a modifier, so you wont see or be able to edit the extra geometry that it generates.

On another note, dont believe that this is a normal workflow. He found a very nish way to make a flipflop, and probably spent hours perfecting those steps. There are much better ways to make flipflops.