What is the status of Open VDB in Blender right now?

That is the question, I´m not sure about the status of Open VDB in Blender right now and would like to know it

It’s used as a cache format for the smoke simulator. That’s it. It can’t import from other programs.

Unfortunately, the usual case with Blender implementing standard libraries is that it starts out promising, then it falls to the backburner with Blender being the last to have a full implementation (even behind DAZ in cases believe it or not).

If there’s any consolation, it’s that said implementations are not doomed to fail beyond the initial stage (Cycles now has native support for OpenSubDiv and a developer has boosted the Alembic integration to a full I/O system). The current plan to have Cycles support Blender smoke and fire as OpenVDB objects (maybe point density as well), that might be a ways off though. I’m talking about open standards by the way where the BF doesn’t have to jump through hoops just to get something competent.

This isn’t a new issue either, the BF has not expressed a high priority to implement certain industry standard features (in many cases at least) since the program became open source around 14 years ago.

Would be really cool to bring in volumetrics from other apps (e.g Houdini) such as Clouds (how do you even do them in Blender?), Pyro sims, dust that is part of any debry/fracture sim, fluid cache (if not mistaken Realflow allows .vdb caching). Personally I feel as it’s one of the last puzzle pieces missing to unshackle blender for full vfx production and covering all corners.

I think everyday users would also benefit from the speed of VDB. It’s ideal for any boolean operations and results in round corners similar to MeshFusion. It’s somewhat possible to emulate with remesh modifier currently, but the speed of VDB is simply incomparable.

I’d like to share a case study:
Few years ago I made an animation with Blender and Houdini. Archeological map was interpeted/parsed (type of building, height etc) and VDB in houdini was used to create 400* or so unique buildings all of which were used in Blender animation later. 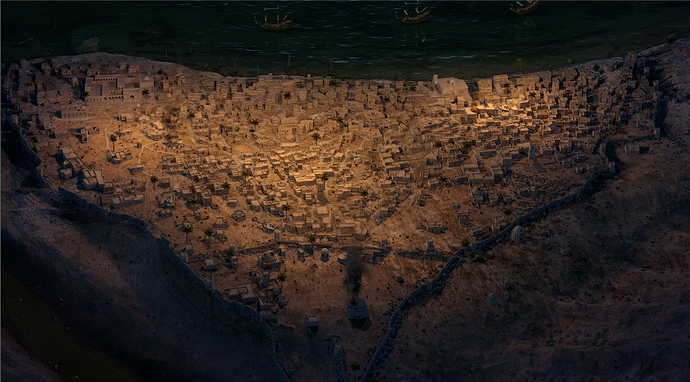 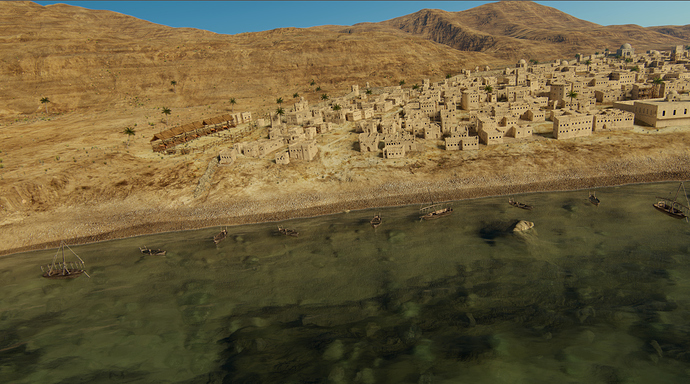 If the BF wants Blender to be a useful (and used) tool in the pipeline of an professional VFX/3d Movie studio, then Blender absolutely NEEDS OpenVDB.
For the simple reason that Blenders own VFX capabilities are quite limited and they do not produce the quality that is needed.
Using OpenVDB only for simple caching in Blender without I/O options will be a waste of time because it will not improve the quality of the end result.
A fully compatible Houdini>Blender pipeline on the other hand would make a lot of people very happy.

There could always be a surprise patch that suddenly pops up on the developer site (the recent work on Alembic started from this because a studio needed it for production).

The issue is the same as with everything FOSS, too many todo items and suggested improvements and not enough resources (unless of course someone can find enough money to have KWD return to the work he started with this library as a paid job).

The issue of using external caches (from the bits I’ve seen around the forum and wiki) is that Blender has no concept of a ‘volume’ primitive. Due to that it’s very difficult to use a lot of OpenVDB’s tools or simulations from other apps. Houdini and Maya have the ability to load a .vdb cache and essentially pass it through untouched to their render engines. Blender can’t do that.

FYI, you can render Houdini sims using Renderman for Blender though…

Thanks for the info guys, I hope this could be developed in the near future, indeed is needed for volumetric inrop ability, cheers!

Well, in a proposal Brecht wrote recently he expressed the wish of having a seperate volume object with many types of volume data source, including openvdb. Here is the proposal: https://wiki.blender.org/wiki/User:Brecht/Proposals/Object_Types

Anyone working on OpenVDB? Blender and CG Discussions

Are there any updates to the openVDB status for post 2.8 ? Both Alembic and (obviously) VDB are severely lacking in its current (2.79 and 2.8) implementation that prevents our small Vfx studio from successfully implementing blender along side Houdini.

Could the tangent animation branch which included a VDB reader be included in post 2.8 patches ?

Would be terrific if there could be a boost in this area, 2.8 has such a momentum in all areas except interoperability with other applications.

On this note, does anybody know who to contact, or where to start, when it comes to getting into the development of OpenVDB within blender 2.8?

I like to bite off more than I can chew; the only way to learn and get into new things

Is it implemented yet ?

Sculpting branch seems to have some sort of support for it.

There’s a good look at the Sculpt branch in this recent Blender Vlog: https://youtu.be/RrFabBQOYZg