Which one is better? Cycles or Luxcore?

I want the comparison in terms of render speed, quality, noise, etc.

It will vary with scene requirements (materials, lighting phenomena), available hardware, whether it’s for stills or animating, money / time / other constraints on rendering. Best thing is to mock up a scene based on your specific requirements and compare results / trade-offs.

Hm, as far as I know Cycles is much more developed than Luxcore, which is very promising, but it is still under development.

It is kinda hard to say which one is better or faster, it depends of different scenes and different hardware.

If you are looking for learning one of them I recommend Cycles, because it have much more support than LuxCore.

Both render pretty fast, but in many cases Cycles will render faster, but it’s the nature of the beast when it comes to calculating light paths. LuxCore, in my opinion gives better results, but takes longer, and with bidirectional path tracing with the metropolis light transport, Lux will calculate beautiful caustics, and light paths that are just not possible for a forward only path tracer. I am a little leery when it comes to animations in Lux. Both now have a denoise option, so noise can be handled very well. Interior scenes do much better in Lux, but of course time is a trade offf. Then there is the fact that Lux does not work in 2.8 yet.

Two examples with short render time. There was more control of lighting with Lux, and I think a better feel. This was done before the implementation of denoising in Lux, and of course I let both render for about 20min. Lux is using bidirectional pathtracing, and there are filters that can be applied on the fly without having to use the compositor. I think I had issues with the HDR in Cycles for some reason or turned it off, I don’t remember, so keep that in mind. 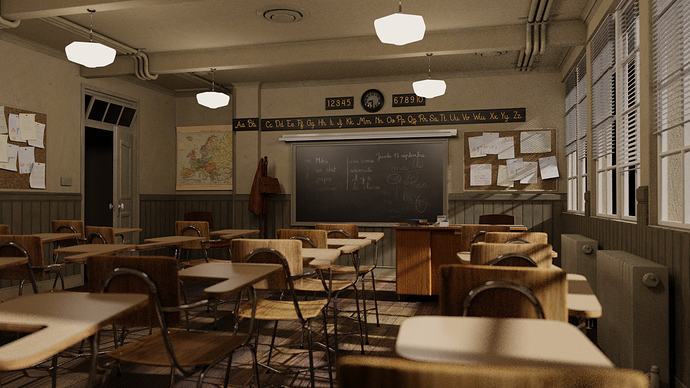 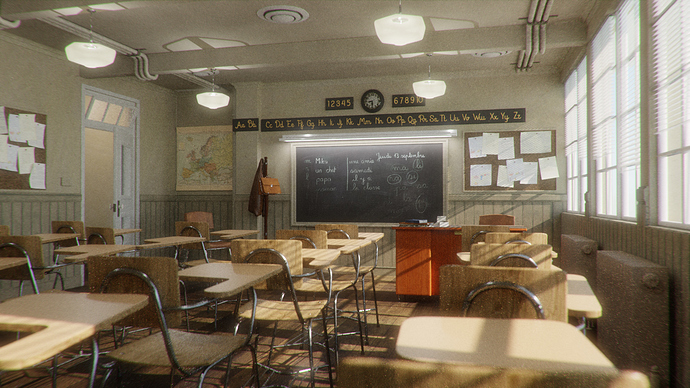 You can also try Radeon ProRender and Renderman, both also free and capable renderers. I personally prefer Radeon ProRender, because it’s easy to use, quite well-integrated in Blender, makes the best use of AMD GPUs, and offers very good macOS support.

Do you feel that it’s better than cycles ?
@ajm 20 min for these results? quite impressive, what’s your pc’s specs ? and blender setup please ?

Do you feel that it’s better than cycles ?

In terms of features Cycles is better at the moment (for example, at the time I write this Radeon ProRender has no support for vertex colors and no Blended Box Mapping, both of which are present in Cycles), but in terms of speed Radeon ProRender wins for me. I’ve got a Mac with a fast AMD GPU, which makes RPR noticeably faster, also because it uses Metal and Cycles uses OpenCL, which is badly supported in macOS.

In terms of rendering quality I guess you can get similar results with both Cycles and RPR.

Another thing to consider is that RPR has become integrated into Cinema 4D, and is available for free for a number of major 3D editors (Blender, 3ds Max, Maya, C4D and Solidworks), so it will probably be much-used and well-supported by AMD.

Blender 2.79, and running a Ryzen 1700, nVidia GTX 970. I like the feel of Lux images better. You can get there in some cases with Cycles with some tweaking, but with Lux I don’t feel like I have to tweak as much. Plus there are light groups you can use and many more features. Better is subjective though. I like Cycles for a lot of stuff, and Radeon ProRender, though I will likely never use it again, I just can’t get it to install correctly after version 1.4 and it would not work on my hardware when it did install, but apparently no one else is having these issues, so it must be the will of the universe. I love RenderMan as well, however the newest version of the non-commercial renderer won’t be released for Blender for quite some time, and is currently the only version available for download.

LuxCore is old new, meaning it is a rewrite of LuxRender, with a few tweaks and additions and much better integration with Blender. There is no reason, however, to stick with just one render engine. Use what works for the situation.

LuxCore is old new, meaning it is a rewrite of LuxRender, with a few tweaks and additions and much better integration with Blender.

I’d love to have a go at LuxCore, but it’s not available for Mac as far as I know. I’ve tried LuxRender in the past.

There is no Mac version 2.0, but you can run one of the latest alpha releases. They don’t have a maintainer for Mac yet.

Luxcore is far better at tracing difficult lightpaths (caustics ect…), but the total feature set in terms of shading is smaller than Cycles (no bevel or AO color nodes as in the upcoming 2.8, no true SSS in terms of the surface driven effect as opposed to real volumes, no GGX multi-scattering for glossy and glass surfaces, ect…).

This is likely because the Lux devs. have always given a bit of priority to improving the way the engine traces the scene, which already makes it a popular choice for people who want to study light and just run a simulation of photography.

Thanks for everyone for your valuable answers ! I hesitate to try different render engine because I don’t feel confident but I shouldn’t. I will give it a try and hope to be motivated by the real appearances it produces.
Another main task I have to do, is to try using eevee, real time rendering is the future of this field.

How does Luxcorerender GPU compare to Cycles GPU?

It’s scene dependent, but in many cases, Lux has been throwing out much more samples quicker than Cycles, but it takes Lux more time to clean up in some cases. In my experience, there are situations where I will wait for a good image in Lux longer than I would in Cycles, but the output is well worth it.

to me, each has its value

It would be interesting to see how Lux performs in animation rendering. Still using cycles for this, mainly because of its speed, and because it is available on renderfarms which support blender.

Tried eevee for a character. Not sure how to shade eyes with this. Transparent cornea behaves like metal surface, reflecting everything around.

try Radeon ProRender, it is really fast and free for commercial, note that the only big problem i have with ProRender that the Denoiser is not good
also Unreal Engine 4 is very good, but they seems soon will change their license regarding to video renders like cartoon and animation (Not Sure exactly) and replace unreal engine with Unreal Studio for this kind of stuffs .

Can Luxcore output in EXR? Just wondering if there’s a way to composite the best of both worlds, if at all…