Hey guys, this is the final result of my latest project, a wild west revolver 3d model with detailed inscriptions, it’s all modeled in and animated in blender, textured in substance painter, edited with photoshop and after effects, if you have any advice for me i would be pleased.
to see in full HD and with the animation including real time render go here: https://www.artstation.com/artwork/BmoDE6 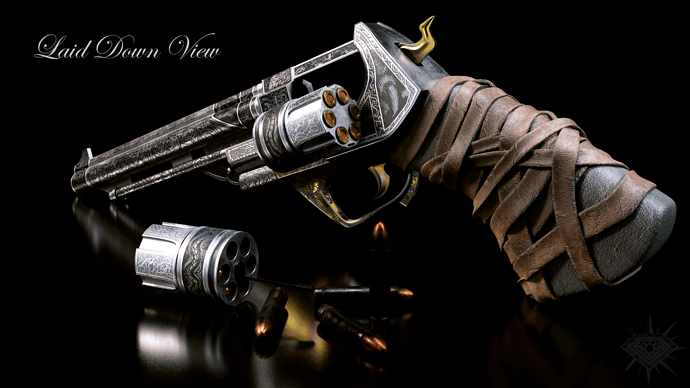 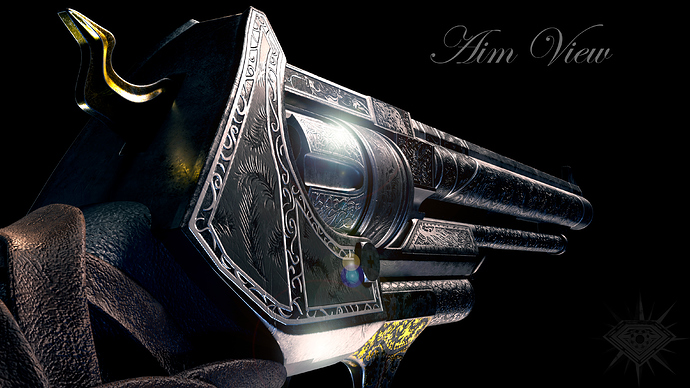 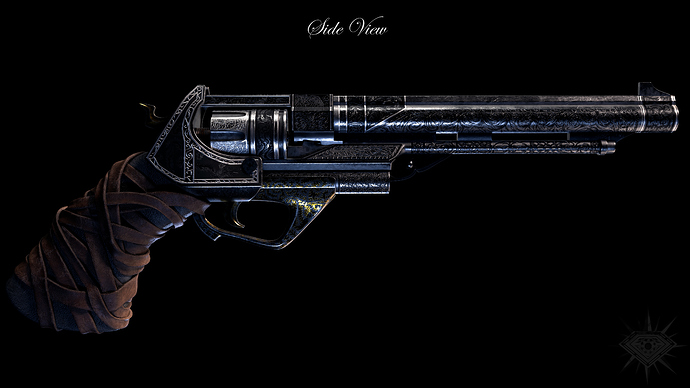 Excellent work. Great job on the texturing. Love western handguns. I’ve got a replica Wyatt Earp .44 revolver. I modelled it in Cinema 4D a long time ago.

Nice work. Excellent details. I would personally go easier on the leather stripes’s bump. It’s too harsh I think. Everything else looks perfect.

thanks a lot! maybe i’ll reduce a little bit the strength of the leather’s bump, i’ll try

This is really nice, good work. I love the inscriptions

It looks nice although one glaring issue might be the hammer. I have never seen anything like that on a revolver. I don’t know much about guns but that doesn’t look right.

well i actually tried really hard at following the concept art design that i found and tried to improve it, i’m not into guns that much so i dont exactly know a lot about their design and stuff…

You’d have to make a cutout so that the hammer can strike the firing pin. You can also just remove the hammer in it’s entirety but this is only really seen in some few modern revolver designs.

The leather is too noisy, and the voronoi on the grip is a little too obvious, but other than that, awesome work. 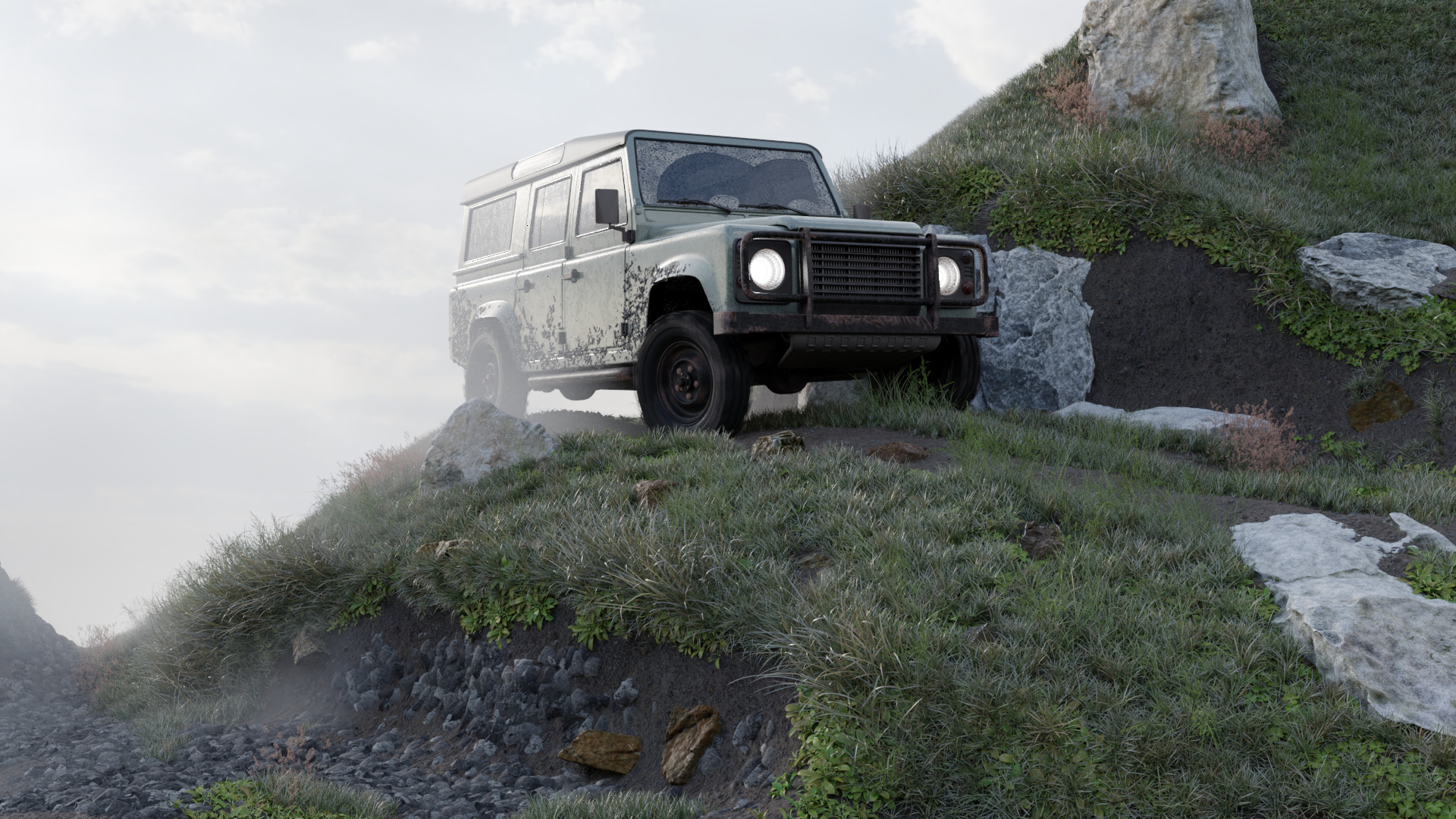 Every week, hundreds of artists share their work on the Blender Artists forum. I'm putting some of the best work in the spotlight in a weekly post here on BlenderNation. Featured images: Northern Lights in a Jar Kindergarten Sweet Candy! 2nd Concept...

Wow! The gun you modeled is tremendous

. How did you manage to get that little shine effect in the 2nd image? It really takes your render to the next level.

This reminds me of something Malcolm Reynolds would’ve carried . . . and this would’ve been worthy of his arsenal IMO. This is superb!! [Two thumbs up!]

Hey, thanks a lot for your comment, that is made with the combination of the glare effect in blender and some tweaks in photoshop.

absolutely, thanks a lot for your good vibes!

This looks great, like it should replace the Gears of War boltok. . . But as an American, it is my duty to criticize the anatomy of this here firearm.

Don’t let that ruin your day, it is a cool model. Sins were committed by the concept artist. Most of the time when people design objects, they need to be educated in the real-world designing of those objects. Like Half-Life 2 had an industrial-architecture dude design the combine tech.

Looks gorgeous but Im a bit off on the tiny leather stripes looped around the grip. I think bigger and more tightened leather straps would be fitting on the grip for as best ergonomic as it can be. The bundle of wrapped leather looks like it needs to be rewrapped or are a bit to lose in my opinion.

Hey man, if I’m honest, the leather straps are a really strange gear on that weapon, bus as I said in my description I’m following the original design by the concept artist, I know mistakes were made and I didn’t fix them, but we’ll, thanks for your comment!

Freely acknowledging that perhaps the model is not physically accurate – “it looks way-y-y-y cool,” and I guess that counts for something. …