Just wondering if any one has any tips or suggestions on how to make the Wing box on the Airbus A400M as I’m having trouble getting the angling correct given how the wing box is on top of the aircraft and I’m used to doing wings coming out from the bottom.

Would be best to model it separately then join it to the Fuselage or do it directly from the Fuselage?

Normally, I would create the fuselage and then work in the attachment point for the wing. This is as the wing is very smoothly blended into the general body of the plane on most aircraft. Only panel lines tell you where the join is. In that case, I’d build the fuselage up to include the profile of the wing where it joins the body, then build the wing out from that point. Again, that is with most aircraft.

But with the A400M, the wing even looks like it has been bolted on afterwards as an afterthought. I would be tempted, in this instance, to create the body and wings as separate assemblies and join them.

Here is an example of what I’m talking about. 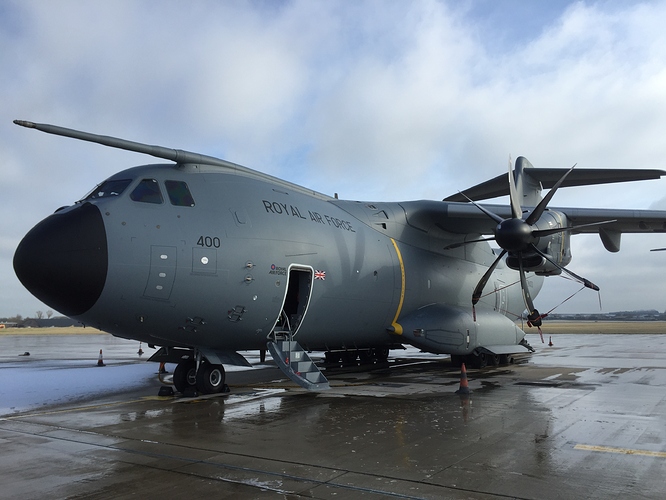 Yeah that makes sense I’ve started by just doing the fuselage then I’ll do the wings I think one thing that has thrown me is the blueprint I was using didn’t match up well with the actual aircraft so I’ve just got another one and breaking the model down bit by bit, what would you say would be the best mesh to use for the Wing ?

If you are using subdivision modelling, I’d say make a basic box and then start adding loops and pull and push till it’s the right shape. For the join to the body, you can use either shrink wrap or snapping-to-face to get the basic shape of where the wing meets the fuselage. After that, build the join between the main span of the wing and the wing box where it meets the fuselage.