this particles fluid is one feature of my physics engine(IMDJS_physics).another feature of this physics engine is My another node-based addon “cloth node” which is in WIP also, these two nodes addons are using the same collision system and are developing at the same time.I will make these two physics nodes interact with each other.
my cloth_node thread

this physics engine is implemented and simulated by 100% C++ code,so the perfomence is very fast.

although now this addon is behaved in particle form,but finally It will be implemented as real fluid mesh. 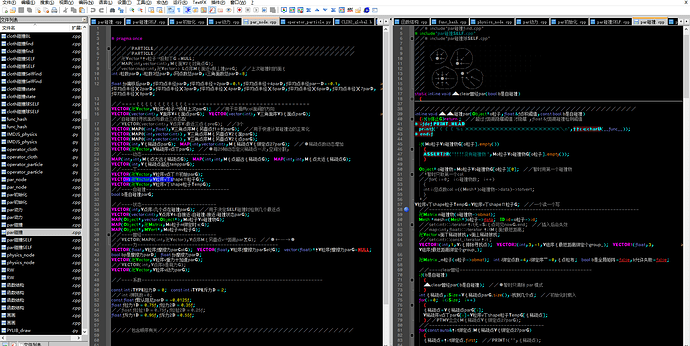 would it can be used like standard particles system (for instancing objects, grass, hair, rain, bullets, vegetations …) ? like maya nparticles / 3dsmax particleflow… or fluid only?
A particles system node based like 3dsmax particleflow would be wonderful… with per particle control (move, rotate, scale, erase, add, id, user properties) plus viewport/render shape automatic switch system (viewport preview single/fast shape and render time highpoly shape)… I know blender particles can todo some ones, but all this on node system with high performance would be a dream

@wilBr
yes,I have considered all the things you mentioned,every single particle can be controlled and can be added physics properties,do what you want it to.you can give them complex behavior by different nodes composition.(runing along path,falling,flying,colliding etc).the main feature is particle behavior,the fluid mesher is the last thing I want it to be.

Another great system to take a look at would be Softimage’s ICE system. IMHO, it’s one of the best particle systems outside of Houdini (which I’m still working on learning), and is extremely powerful.

This is FANTASTIC though, and I can’t wait to get my hands on a copy of it.

@reaver
I haven’t used Softimage’s ICE before ,I heard about it and watched some videos,It’s a good reference,but I want to create my own system,to create the features that I will need most.
----WIP20180102----
add the self collision