All models that will be discussed here originate from https://gitlab.com/Worldblender/smash-ultimate-models-exported

Since the beginning of this year, when I first got the opportunity to analyze Super Smash Bros. Ultimate models, I noticed that hiding certain meshes led to nothing being shown in place. I was hoping that hiding the clothing meshes would reveal more skin, but that turned out to not be the case. I know why most models don’t have their skin fully modelled out: those characters never take off such clothing that would cover them at any time, so there is no need to model such skin in-game.

I want to complete the bodies of some Smash fighters, which afterwards will enable the following opportunities:

Unfortunately, my current skill set is only enough to produce geometric shapes, and any attempts to recreate the missing skin will most likely result in it looking out-of-place, both shape-wise and texture-wise.

I see that these Smash fighters are eligible for turning nude (via MakeHuman, or manually): 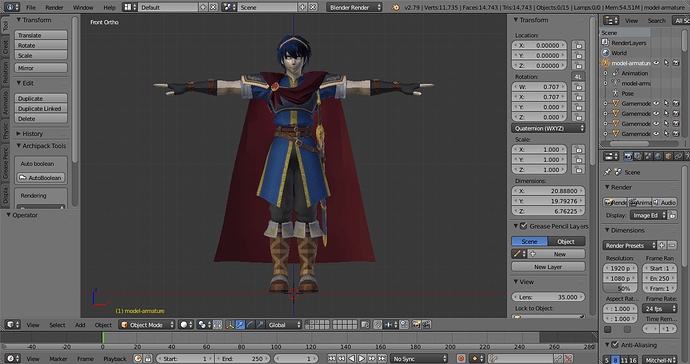 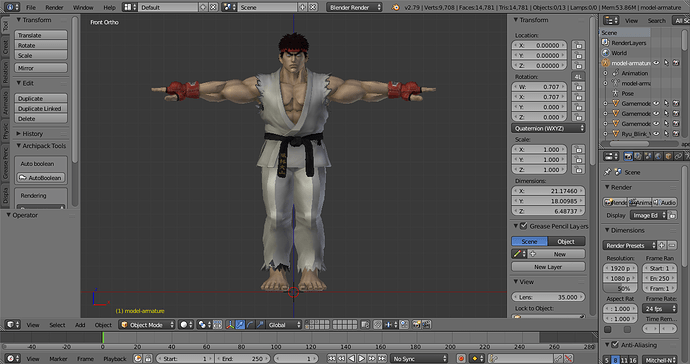 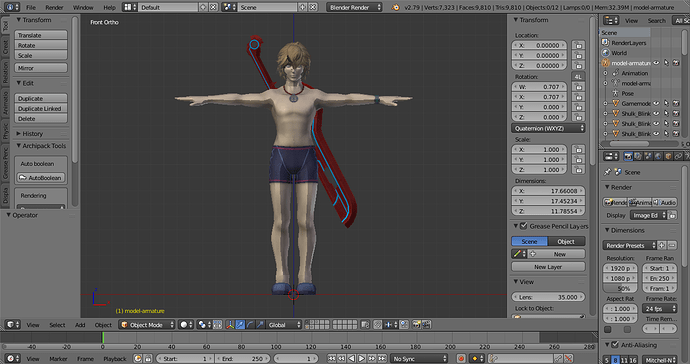 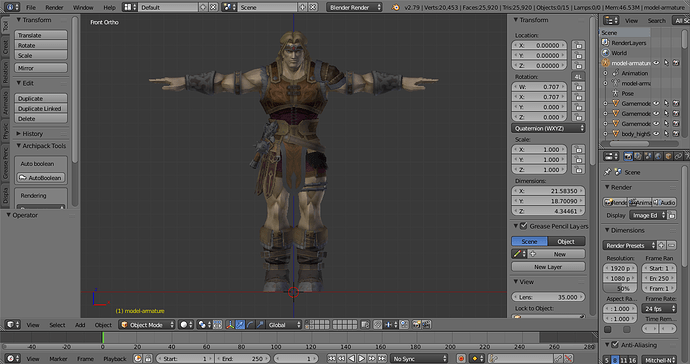 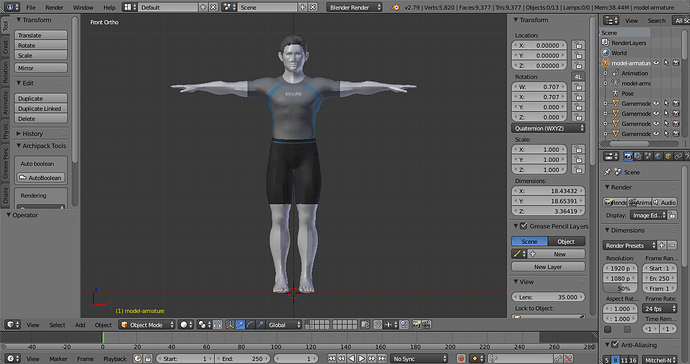 While I’m capable of working with characters of both genders, I will be focusing on the male ♂ characters (no offense against female ♀ characters, but I see them way too often). I myself am a gay/homosexual man, seeing that they are somewhat underrepresented (when by themselves or with other men, all without females) in a sea of heteronormativity.

However, if what I plan on doing is deemed to be too controversial/unsafe, I can abort this plan if needed. Nothing has actually been started yet, so I cannot show anything besides the safe screenshots and models. Any of this work I make will be placed in a separate git branch.

I want to create nude versions of some Smash fighters, but I lack the skills needed to create their missing skin using only their clothing to reverse-engineer from, and I don’t know the best method to achieve this goal.

I’m having trouble getting the models. I tried cloning through Git, and downloading straight from GitLab. The files are there, but they’re only about 130 bytes each, and none of them work. If you can tell me how you got them to work, I might be able to help. I just need to see the textures, and UVs.

I should mention that this repository (along with the textures one) uses Git Large File Storage (LFS), in order to keep the repository sizes more manageable. See https://git-lfs.github.com/ for more information and how to get the client.

Ahh, I see. Thanks. Never worked with it before, but I got it going now.

In the meantime, some more details.

If I can master reverse-engineering skin, I can repeat this process for all other human characters (including those found as assist trophy fighters, bosses, and future DLC content)

From the README at https://gitlab.com/Worldblender/io_scene_numdlb (forum topic):

Where to obtain assets

The middle two bullet points give access to the original game assets, including the models and animations that are not in my repositories.

Thanks for the detail, it’s definitely helpful. So there’s some good news

Speaking of which, MakeHuman seems to be your best bet, from what I’ve seen. The models have a lot of missing geometry, so there’s not much that can be done. As for the skin, the textures appear to be very simple. I’d recommend starting a free trial of “Substance Designer” and “Substance Painter”. Watch a few short video tutorials, and you’ll be working in no time. Designer will allow you to create seamless textures, and Painter will let you customize details directly on the mesh. For instance, here are the legs of the male WiiFit trainer, with a skin texture that I made in designer. This texture only took about 20 minutes to make, and it’s much more detailed than most of the skin textures for the characters in the game. With just a few photoshop adjustment layers, it can fit any color or shade. 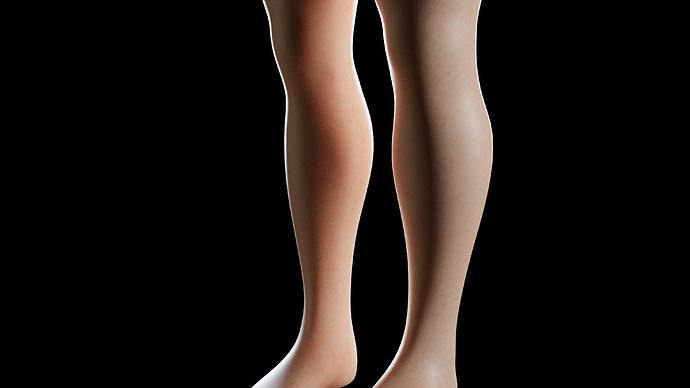 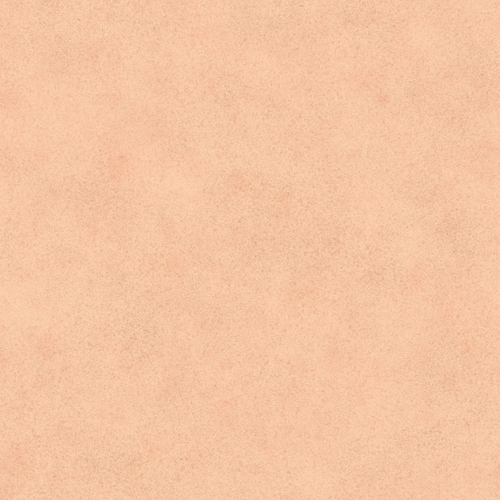 Thanks for the detail, it’s definitely helpful. So there’s some good news

Speaking of which, MakeHuman seems to be your best bet, from what I’ve seen. The models have a lot of missing geometry, so there’s not much that can be done. As for the skin, the textures appear to be very simple. I’d recommend starting a free trial of “Substance Designer” and “Substance Painter”. Watch a few short video tutorials, and you’ll be working in no time. Designer will allow you to create seamless textures, and Painter will let you customize details directly on the mesh.

Thankfully, all of what I want to do here, I should’ve implied that it’s all noncommercial, a pure fan-project. If this were to be a commercial project, I would’ve never bothered to ask about creating nude versions of some Smash fighters.
I saw the example texture that you posted. If possible, I want the new bodies to keep close to the original skins as possible. No need for extra detail besides what’s present in the original textures.
Yes, thank you for confirming that MakeHuman is the best method I should stick to. However, I might get stuck on how tall I should make each body, and how much muscle they should have. If possible, I want to reuse any skin meshes already existing in the models. I barely used any modifiers like the ones you’re telling me about; I’m gonna have to give them a try some other time. I know for sure that I have a great of chance of salvaging the heads as-is; it’s the rest of the bodies that aren’t always modelled out completely.
Hmm, where can i find more information about “Substance Designer” and “Substance Painter”? I prefer that I be able to stick almost completely to FOSS solutions whenever possible, so I don’t want to find out too late that I ran out of trial time.

Here’s a couple videos about Substance. Just a tip, if you change the date on your PC, you can cheat the trial dates and use it indefinitely. But I’d actually recommend subscribing to Substance. It’s only $20 a month, and it really is game-changing.


I couldn’t find any short videos demonstrating the boolean modifier, so I just made one. It also shows a bit of sculpting, which you can do to blend the final shapes and make them seamless:

I think that looks like a little too much for me to go through. Once I finish with my school semester in two weeks, I’ll ask you again for help. Again, thanks for pointing out some other things I should try out once I can start on this project.
However, I might get stuck on how tall I should make each body, and how much muscle they should have, which isn’t always straightforward to measure.

Yeah, musculature tends to be very unique to each individual body. That’s why Arnold Schwarzenegger hand-picked his body doubles for movies. He knew his fans would notice if the guy’s muscles were too different.

Okay, let me know when you need help. I’ll be glad to lend my input.