I’ve done a lot of research as to how various studios execute their final products. This thread will be about recreating the effects and gameplay of Uncharted. 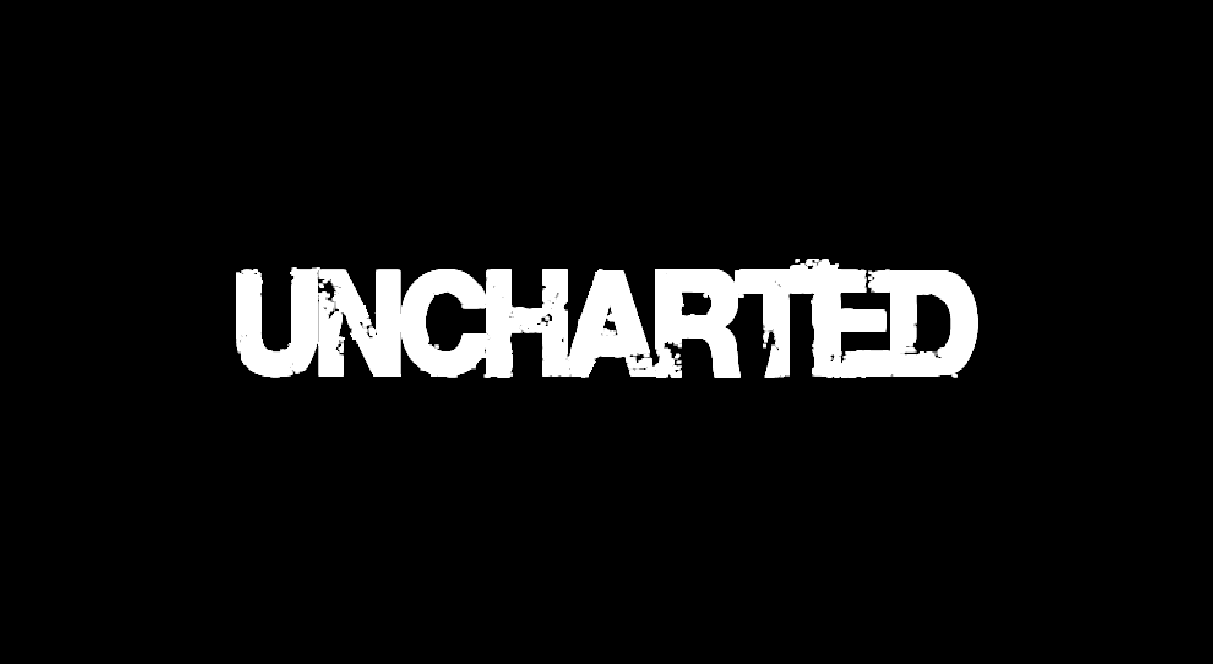 Naughty Dog uses a VERY similar engine/workflow to the bge crowd. Ranging from the node based shaders to their content creation platform also being their level editor. Of course once a level is completed(in ND’s case Maya) it’s exported to a format their engine can use and play. BGE doesn’t have that but other that that small part- the workflow is almost identical.
The first effect that I’ll show how to recreate is this:

The water bursting in at the first part was a fluid sim made in Houdini. However since their engine doesn’t support sims they had to transfer it into a mesh. You can learn more about their specific process from the GDC Vault : http://www.gdcvault.com/play/1015453/Creating-the-Flood-Effects-in
To recreate this one will need at least some rudimentary knowledge of blender’s fluid sim.
The process for recreation does differ from the original a bit.

The way I set up a basic test was by placing a small cube inside a larger domain and baking out a fluid sim. I then placed a large sphere over the sim and using the shrinkwrap modifier I began to apply shapekeys every frame. This produced an interesting result. 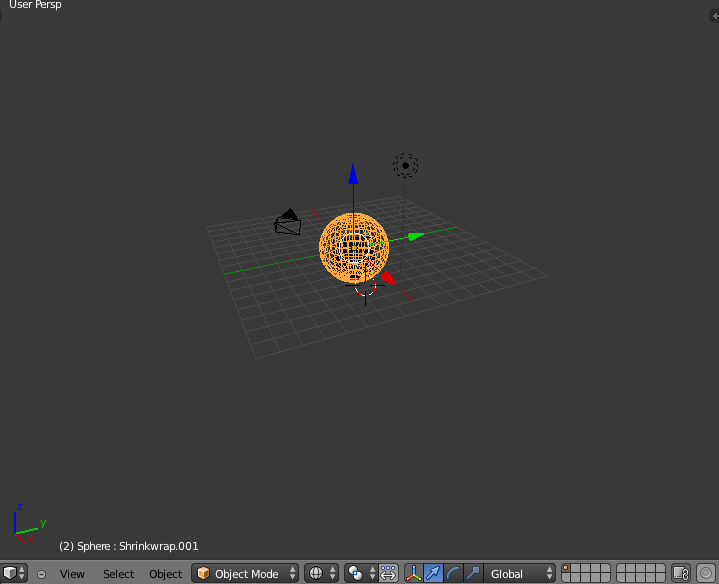 The sphere before shrinkwrap.

The sphere after the shrinkwrap modifier was applied.

And naturally you would assign the proper material’s and nodes to get the look right.

Another great effect- this time from Uncharted 2, is the big reveal once Drake emerges from the tunnel and sees a snowy mountain range.

Fast forward to 5 minutes in to get a better look. The snow covered mountains in the back took the artist only two hours to complete. How?

The effect uses a technique similar to this: http://www.blenderguru.com/videos/camera-mapping-tutorial-v2/
Only the ND version was camera mapped from earlier concept art.
To recreate this I took this image from CGtextures: http://cgtextures.com/texview.php?id=78073&PHPSESSID=o2p850s9b0thad7sjf3hmfjh10

Then I camera mapped it onto some pretty basic geometry. I added some fog in the distance.
Since Blenderartist only allows 3 pics per post I’ll have to post the result below.

In Uncharted: Golden Abyss (Not developed by Naughty Dog) much of the game is made up of traversal. The creation of this content is great from workflow view.
Their process followed these guidelines:

This process is self-explanatory. I encourage you to try it out and post your results below.
A few notes about this process being :

A reccomended texture atlas creation software is TexturePacker: http://www.codeandweb.com/texturepacker
Although advertised as a sprite sheet creation tool it can also be used to generate texture atlases.
NOTES:

I’l be back soon with more info on how to polish your process like the Naughty Dog team.

wow that’s the best work in blender I have seen as of yet, awesome textureing “Is that game play.”

Oh, no- Naughty Dog uses their own engine. They also use Mudbox, Maya, Houdini Photoshop, Illustrator and Zbrush for content creation. Among other software. The BGE and NDE is similar by virtue of the fact that they are both pretty barebones and the process for making content is very similar between the bge crowd and the professionals at Naughty Dog.
Also- that was gameplay.
Here is the picture of the camera mapped mountain. A set piece essentially. 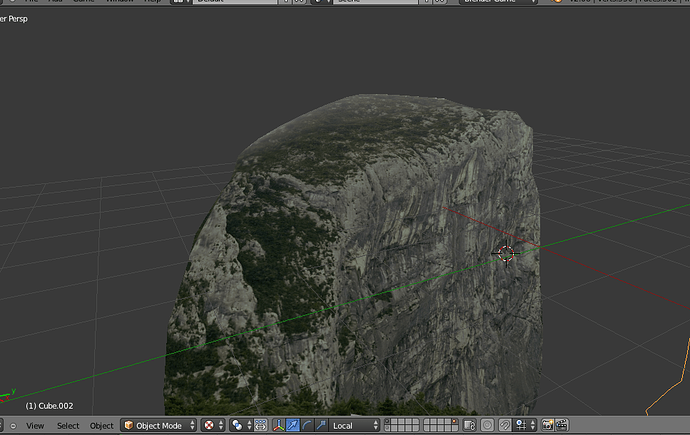 Here is a pic of Sony Bend Studios process 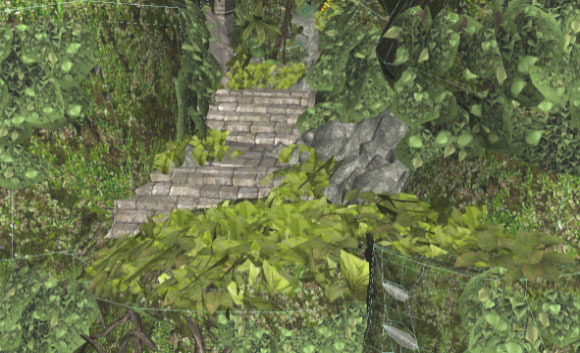 Has anyone started to try the workflow or procure some experiments?

Not only is this thread about recreating game-play- it’s also about studying design and playing in the level design process- which happens for all too few threads in this forum. To speed things up a bit we’ll use Epic games sanctioned “Modular geometry”.Naughty dog uses the process as well albeit much less severely- they always have unique geometry to flesh out the base of a level/area. To start using modularity in your levels, instead of modeling out entire levels we put together levels in pieces and building blocks. You can choose as to whether you white-box out your levels first or just experiment with modular geometry. So to jump start you all we’ll be using a third person shooter base with this guy(not textured yet-that will be part of this thread too): 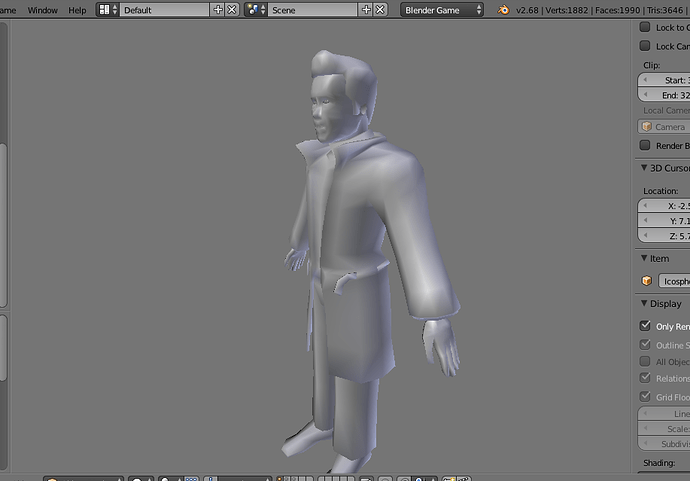 Here’s an example of the pieces modeled to form a level in Uncharted: Golden Abyss: 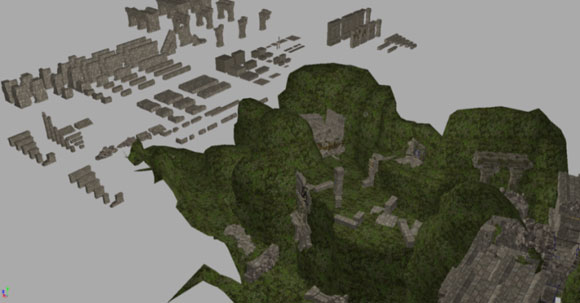 I’ll be back soon with files and other things you can play around with.
and remember- post your results/ experiments with some of the techniques listed in the thread. Or any questions or comments about ND’s or this threads process.
Good night and Good luck.

I thought you might include something about Crash Bandicoot

Are you talking about the game in terms of gameplay? Because if so- yes, that would be pretty “simple” to implement in the engine. If your talking about the art direction- that is really up to the texture artist, and lighting your levels properly to get the look you want. Check the some other older threads in the resources forum- I’m sure several people have put up some examples of how to get the gameplay. And of course yo frankie- also known as project apricot, it seems pretty similar to what your going for graphically. So, yes the BGE can handle something like that.