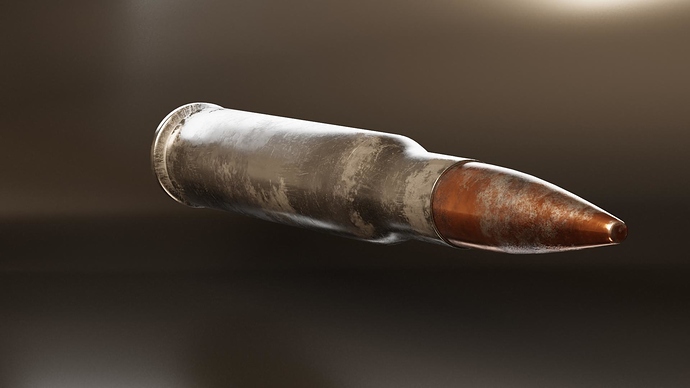 Would love som feedback and critiques on this, i need to know what can be done to add the final touch to this render

this doesn´t really belong in the game engine forum, unless it´s rendered in BGE.
Anyways, looks cool! Nothing to really complain about.

I’m no gun expert, but that looks like a rifle cartridge; specifically it looks like either a standard NATO 7.62 round, or its predecessor the .308 Winchester.

Hmmm… The colour of the casing seems off, I’d expect a simple rifle casing to be made of brass.

The only ammunition I know of, to have used steel casings explicitly, is the Minengeschoß for the German MK 108 30mm autocanon.