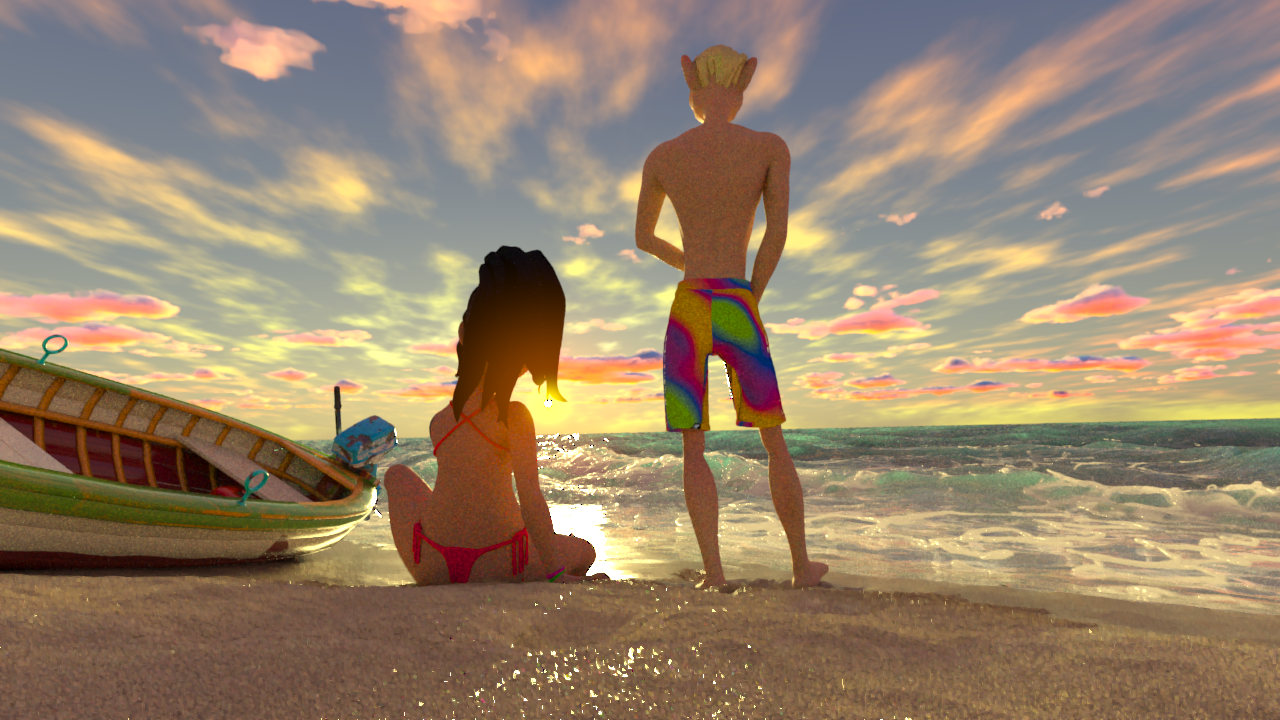 Modelling, rigging and character animation done in Blender.
All the rest is Houdini 16.5.
Has a couple of glitches though which cause flickering at several points, one due to a bug I wired into the sand material shader, and another one causing sand grains to change position every frame. Unfortunately those frames take their time to render, so I decided to go with them for now, maybe I’ll re-render as soon as I have more compute power around.

Anyway, I feel Blender and Houdini team up nicely.

Not that I know of.

As long as you stick to (baked) image textures plugged into PrincipledShader color channels only import/export should work both ways.
Everything procedural basically needs full shader rewrites.

This may change once Blender supports MaterialX.