After about 3 hours of work, here is the first edition of my WW1 radio.

Textured from CG textures in Photoshop with some brushes from Brusheezy.

Looks cool. Might be a bit dark in the render, because it looks a little bit without rhyme or reason as to all the knobs and dials and stuff.

Stylistically, I would separate it into panels with the front ‘UI’ panel very obviously bolted on (not with huge stupid bolts, but with the edges of the front panel stretching ever so slightly beyond the rest of the box).

I would also make some of the bigger knobs those funky chunky ones that stand out a bit - with the fat base, like you have, but then more knob to the top, like… uh, this!: 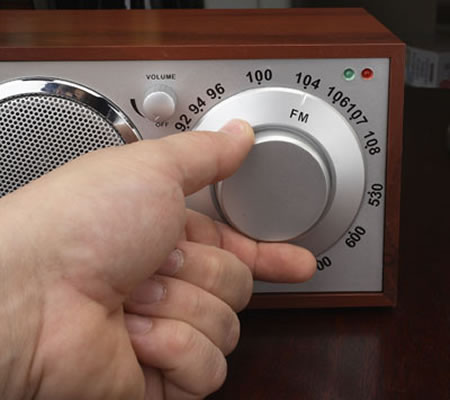 There were some other cool ones I found, too, that made me think ‘stone-age electronics:’ (that’s a real concept, I didn’t make it up… :no:)

Its actually supposed to look extremely unorganized and complicated, so I did do that for a reason. What do you mean by separating it into panels? Sounds like a good idea but I can’t picture it.

I have made the third part of the system:

The phone connects to the thing on the left. Only problem is, I left the phone model on another computer.
MichelWeber (MichelWeber) April 29, 2018, 6:34am #6

It is a dark render. Are you doing this in a dark room with a dim monitor?

How about adding rack mount handles? Not sure, that might be too recent of a feature. 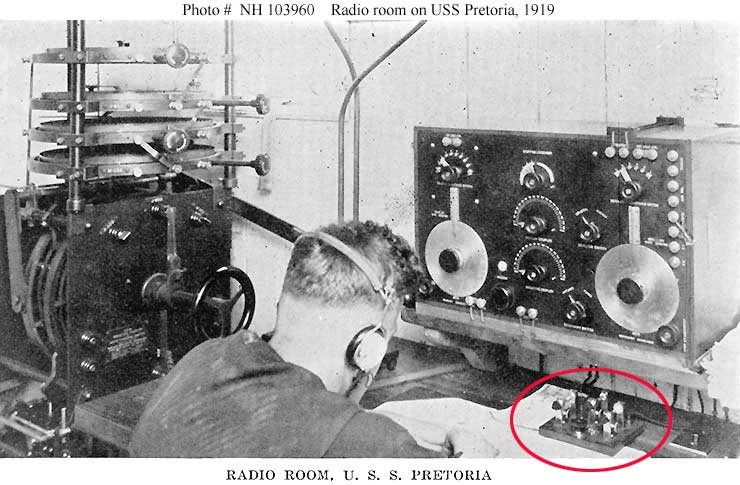 The panels in your image appear to match that in the 1919 photo above. 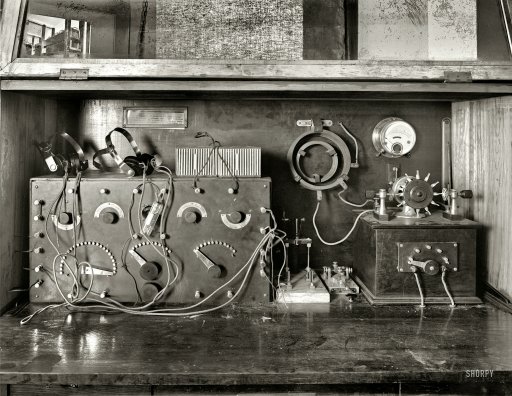 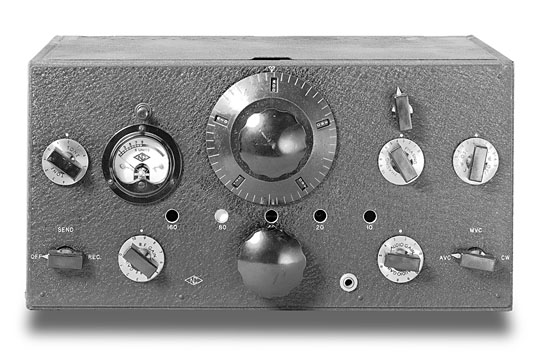 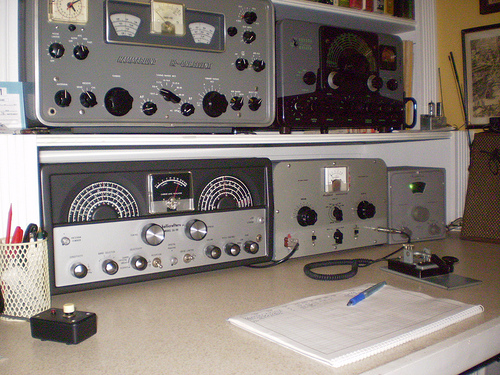 Here are some pictures from a search on ‘ham radio circa 1290.’ Looks like almost all the dials are calibrated, and there are a lot of meters to monitor the interior workings of the electronics.

I’m surprised you guys found reference pictures, thanks! Problem is, there wasn’t a standard radio for usage in WW1; every functional radio in the states should be sent into service. Technology ranged a lot, and there probably aren’t 2 pics of the same type of radio.
Michael - this radio is actually going to move up with the frontline in my movie. A radio team will advance after the battle carrying these devices, and an extended spool of wire leading back to the original trench.
Orionco - in your second reference photo, do you know what those input jacks are for? I need to attach wires to my models and that looks like a good spot.

The disorganization is fine. Only thing is darkness and the knobs are flat.

See the funky chunky knobs on that one b/w photo? They’re longer than that dude’s crew cut.

oh lol thanks. I made a phone for it, I’ll upload eventually I think, I put it in a scene and I don’t like the rest of the scene though.

I only see one jack in that second picture, lower right side next to the big black knob. That row of circles in the middle of the case labeled 10, 20, 40, 80 and 160 appear to be indicator lights. My guess would be they are wired to show the setting of either fixed resistance or capacitance that is then fine tuned by a rheostat or variable capacitor. They might not even be lights. I’ve seen some old switches that had mechanical indicators that turned along with the switch and brought painted dots into view in different holes in the chassis as the knob was turned.

The old ham operators, though, drilled holes in the chassis to install jacks where ever they needed them, and where the behind the scenes part of the jack didn’t interfere with anything else inside the case.

Well you know more than I do in this topic lol. Ok, so put the jacks anywhere. Sounds good.

The lighting looks a little flat, seems like you used the blenders default lighting system. Secondly there’s no background or a floor/ground. Remember this is just my opinion.

On the front panel - make it a separate piece, and then make the box behind it a few millimeters smaller. Or add a loop cut and scale it and the rear verts down with shift-Z and then shift-X.

Or, even make the case fit over the front panel, like in Michel’s photo.