I have been working on a WW2 Maus tank for a personnel project but having some trouble modeling the front of the turret.

With the first pic can someone tell me if this professorial (Is it meant to look or be like this) I could find another way on how to model the front.

With pic 2n3 could someone tell me how I would go about modeling this highlighted part. I am stuck at how to go about it. I did try a cylinder on its side but was unable to get the rounded corners at the top and bottom and also the straight parts. 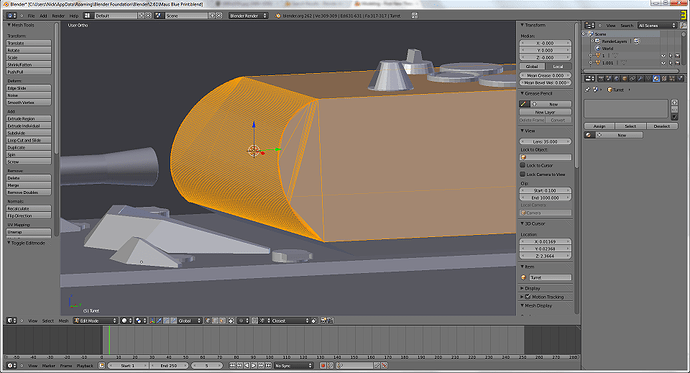 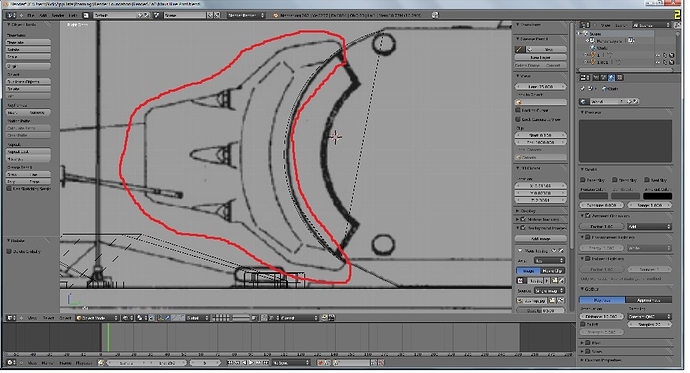 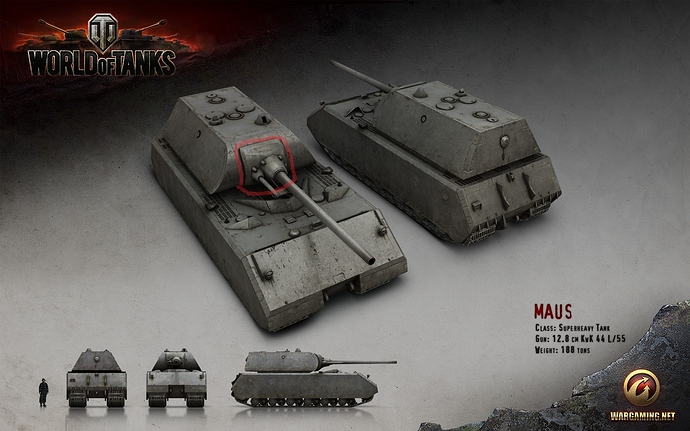 the topology is wrong, but you have the basic shape so it should be a breeze, using the snapping tools ( formerly known as retopo ). before I say anything else, I need to know if you intend to subsurface this model?

no I wont be using subsurface with this model.

Ok I am struggling on how to do this, is this what you would do? 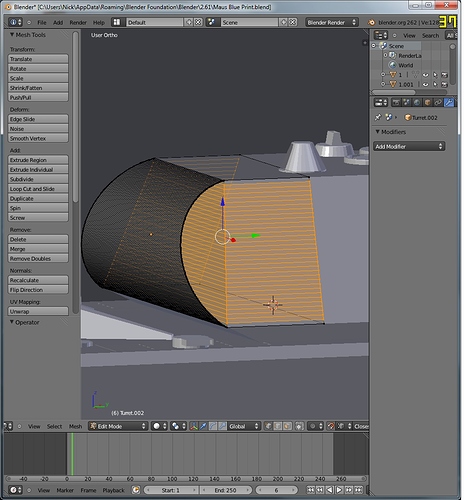 ok, well, don’t delete what you have, you can use it as a base for retopo. using the retopo/snapping tools, reconstruct the front part of the turret, but this time, start with a circle from front view, scale it, and snap it to the surface of the turret where it goes all conical. then construct the rest of the front part around that. everything else you should be able to do by simple extrusions. if this is not clear, just say something, and i’ll make a visual example.

Im going to sound stupid now but is this talking about the bad topology because that is what I would like to fix first. I assume you are talking about the other part of the turret housing the barrel of the tank. For what you said above if I am correct? You want me to use the snap tool to snap around the half cylinder and then extrude out.

yes, but I guess you want to address the topology of the main housing which you have already modelled. since it won’t be subsurfaced, using quads and even topology is not necessary, so, your basic plan is ok, but I think it’s quite dense. this will increase render times, and make your scene sluggish if there is other stuff in it. so I would go with the same technique, but use less polygons. is this for a game, btw? if it is for a game, then the polygons will need to be thinned out quite a bit.

I think I am seeing what you problem is now, it is that you need to create the shape, basically, of an inflated sail, right? I think the proper way to go about it may be to use curves, and then convert to mesh. sorry if I was being dense, I was not looking at the shape right.

What curve would you suggest to use? 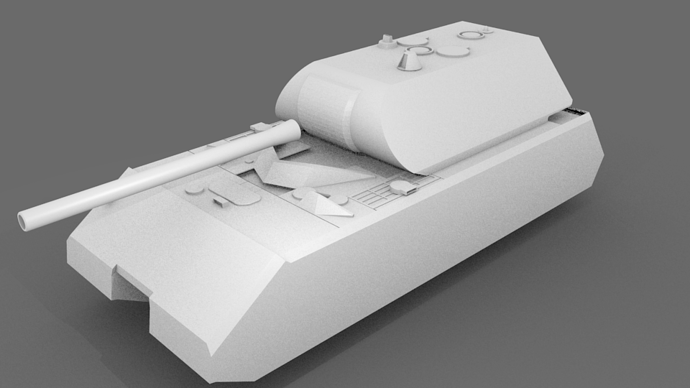 In the second thumbnail you show a bit of geometry (the part that is in bold lines) that will never actually be visible and which therefore can be eliminated. (If you can’t see it … don’t model it. No one will ever know that the set has no building behind it.) I would start with a boolean subtract of a cylinder (of the right length) from the area where the gun mount is going to be. This will be, as with the original tank, an entirely separate piece of metal based (as in the original) upon a cylinder.

If your intentions ever are to animate this tank in the action of firing its gun, you’re going to have to digitally put it together exactly as the Germans did: with a separately moveable vertical cylinder and, within that, separately moveable cannon. An exercise in boolean subtraction.

The finished tank will be a group, or more likely a group containing other groups, not a single object.

Thanks I will have a look at this later or tomorrow

personally, I would use multiple bezier curves to set it up, then convert to mesh and face them. most people would probably use a surface curve ( nurbs ) i suppose.

Ok I have fixed the topology on the front of the turret. Now to work on the most complex shape I have tried to do XD 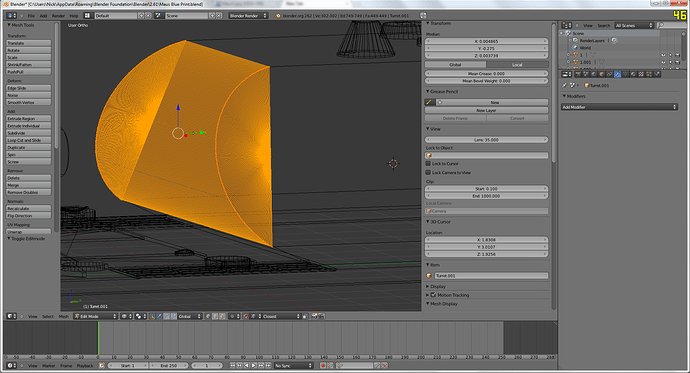 just a note, if you want it more low poly, you can change the resolution of the curve before converting to mesh.

Just thought I would put an updated render on my Maus 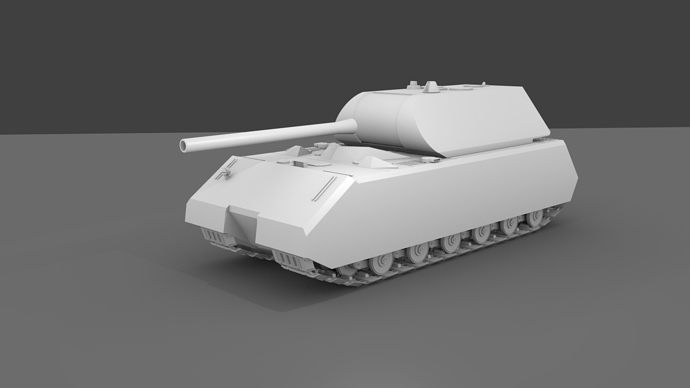 just the piece between the barrel and the turret remaining, definately looking cool. use retopo/snapping for the remaining bit imo.

Ok Here is an update on the turret. I have made this like skeleton out of Nubs but I dont know if this is right and how will I give it all faces as selecting 4 verts and applying a face to all of them will take some time. 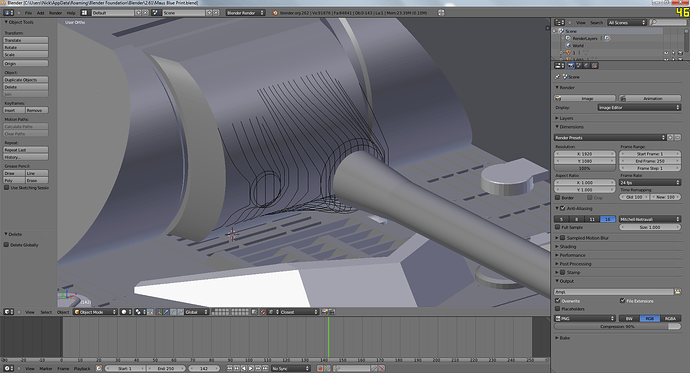 in curve form, you can join your nurbs ( j or ctrl j i think ), for mesh, activate the add-on ‘mesh tools’ and use the bridge tool to face 2 rows of edges at the same time ( of an even number of edges )

Ok after looking again at the world of tanks reference image and some hobby models of the Maus I have realized that I have been doing it wrong in the first place and that its basically 2 cylinder stuck inside the part which allows the turret to go up and down. I might do some more tweaking to it.

Here is pretty much the finished tank. Just the back and front wheel to do. Some more rivets, finish the light at the front, a vent at the back, a fuel tank on the back and I think a couple more adjustments to some already made parts. it’s looking great. nice job. I wonder if any of them came with a muzzle break. I always liked the way they look on a tank.