Most of us have heard of World of Tanks and Panzer Elite. Panzer Elite was rough and World of Tanks takes money to play. I have working on a game on and off for a couple of years. Starting over and over again trying to come up with a game that works with the BGE. I started with Blender 2.48 and have moved up with it to 2.6. Anyway enough background, here is a game model I finished up today. It is a panzer III F with the 50mm gun. As of right now it has 3770 faces. My hope is that making them No Collision and using a collision box will not impact BGE too much. So far that works as I am getting around 60 FPS. 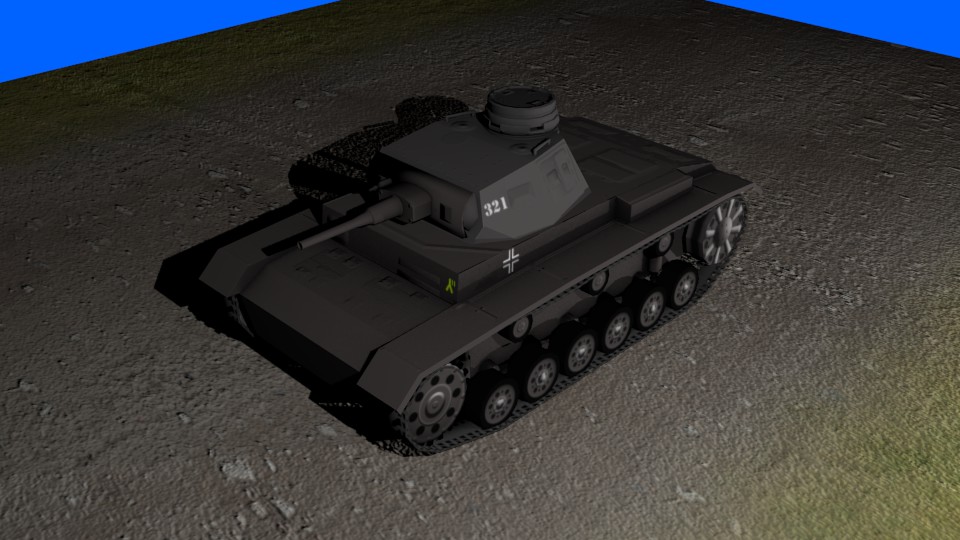 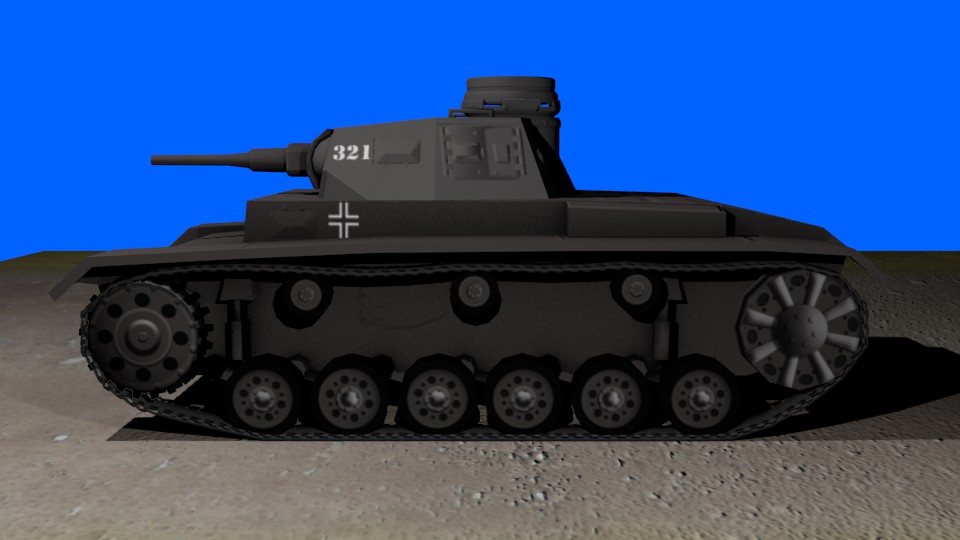 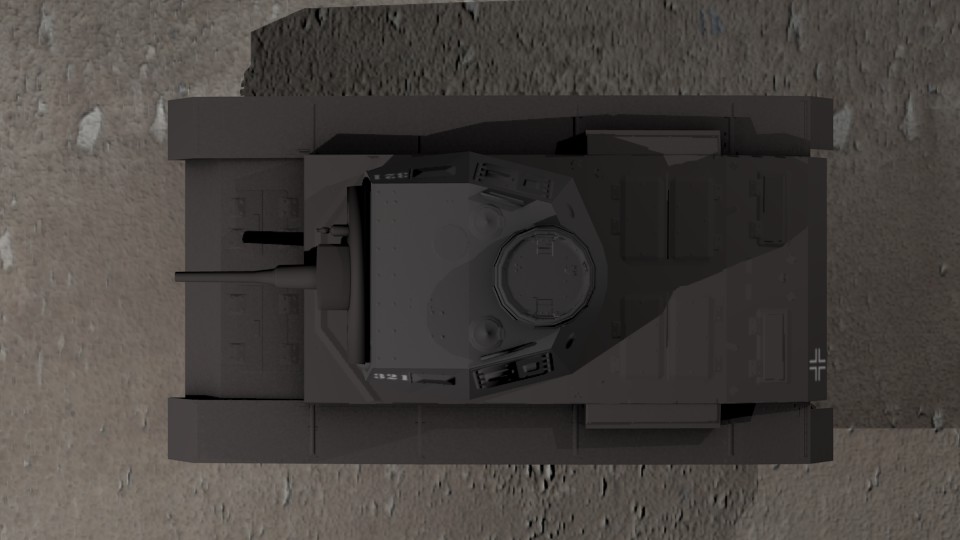 Nice work, but having a lot of these tanks will effect the Rasterizer.

Yes, the tank is very detailed for a game model, unless there are very few in view or only this one!
But hey, it looks great! I wouldn’t mind having more of those on screen!
BTW, what’s the game game plot?

@Ross - Any idea what the limit is? I have not been able to fully test. I did have 4 -5 tanks on screen one time as well as 4 multiplayer going with out too much impact.

@toakunsama - The model only looks detailed. Most of it is faked through normal mapping with the wheels done in Photoshop. Sitting at 3700 polys right now and am sure I can cut some more out. As far as game plot was thinking more of a multi-player game with short training for single player. Not sure I wanna get into AI right now. If I do decide for a single player I would like to do from German point of view rather than Allies as every other game seems to focus on Allies side.

Thanks for the comments, I always like feedback and plan posting more as I go along.

May I suggest cutting back on polys by deleting faces that won’t be seen in-game? Like underneath the tanks, unless of course, they are flipped. I like the idea, I assume it’s third person?

Actually I did go through and do just that after seeing your post. Managed to get rid of some that you would never see and going to keep going. I was going for more of mainly commander view. This would help in face count for single player as I would use what could be seen. Right now I have 3 views - commander, gunner and binoculars. Below is a shot from the gunner from an earlier model I played with. 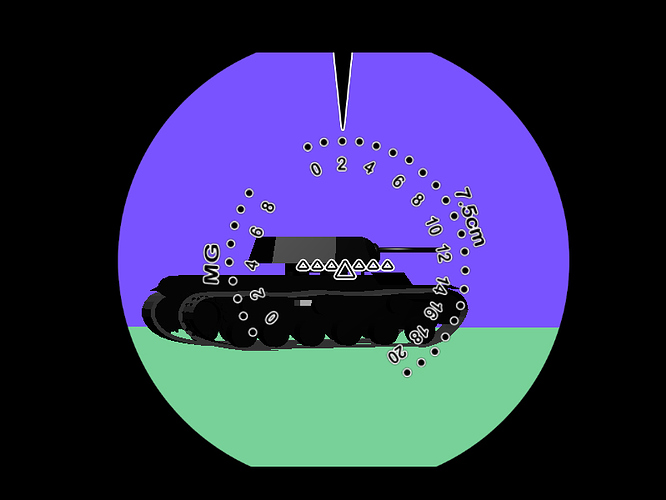 Nice, If you hit Smooth in the shading panel in the toolbar (T), it will smoothen out the shading, unless you like it the way it is, maybe it’s your style?