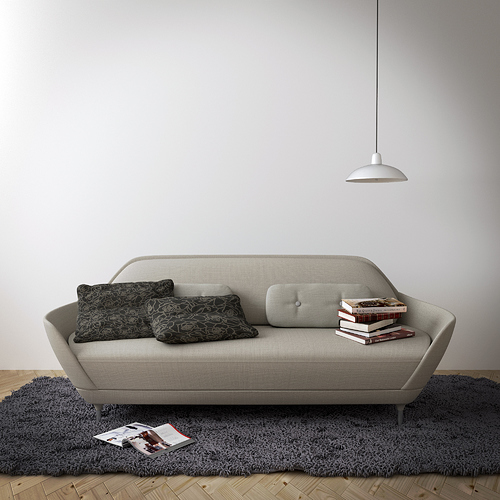 Fantastic work. The wooden floor on the bottom of the image looks odd though, it seems it’s bent or something, maybe it’s just a camera effect. Yafaray is very good and easy to setup, only problem is that it’s somewhat slow, what was the rendertime?

Very nice…love the lighting, the materials and the sharper result…i would check the strange effect of the floor on the bottom…also i think (that’s just me) the floor should be a bit more reflective…and thanks for making a tutorial

Thanks guys ! You right for the wooden floor, it’s only now that I notice it. Probably because the texture is turned ( look at the tutorial). Otherwise, this kind of default means that we’re not robots

Just saw the tutorial, thanks a lot! Lighting looks great on this, well done

Nice but I do not like the joint between floor and wall. But the rest looks great.:yes:

Sorry man, but what about my question on rendertime?

Sorry man, but what about my question on rendertime?

Rendering time was around 1h45mn

Because of the glossy/blend material of the floor. Same settings with a mat floor rendered in 35mn.

Good rendertime. For that quality of GI and noise, even though the scene is somewhat simple, the rendertime is very good. Besides Yafaray’s limitations, it’s on-par with cebas finalrender I’d say. At least in terms of speed.

It’s a pity Yafaray isn’t more tightly integrated into Blender. An exporter always have the problem of long delays if the scene has complex geometry and it doesn’t feel the same.

Being selfish, I must say that Yafaray is a much better option than BI or Cycles, the former doesn’t have GI (at least a usable one) and the latter isn’t really suitable for archiviz unless you have a quad-sli of gtx590s. They could dump BI and Cycles and go Yafaray only :). Yafaray has a much better approach, that is somewhat similar to the ‘industry standard’ renderers like Vray and MentalRay. /selfish