Since i started modeling I feel that i have come quite a long way, but there is still a lot ahead of me. I have some unusual hobbies, and certanly one of the most unusual ones is my passion for buses.

Here is my latest creation. I am quite pleased with the way it is improving, so i decided to post it here so i could recieve some more critique and ideas on how to improve my renderings. 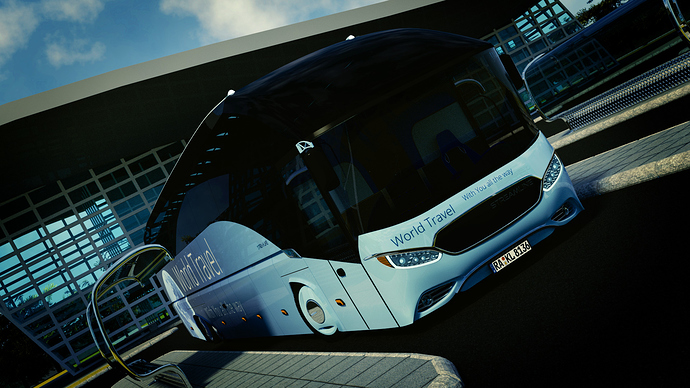 I added a color texture into the bus material, and changed the camera angle a bit, also added a sun lamp and played with the lights a bit. but i noticed that the curb texture is bugged so im on fixing that. also the headlights look unnatural so i will have to work around them too.

Update: I have reworked the front of the bus from scratch and now I feel much better about how it looks. I have also changed driver’s seat, wipers and lots of tiny details. I have added some trees in the background as well.

I have rendered the bus from two angles. Which one do you think it looks better?

About the angles… The second one’s like more cool and the first one’s normal. But I’d try some kind of defocus on the other objects in the picture. That just the bus’d be sharp

I tried using DoF, but if i choose to focus on the bus object it gets blurred slightly, because it focuses on the origin which is in the center. And if I focus it on the front the back is quite defocused… does anyone have a workaround for this one, or maybe i am missing something

Change the size of the aperture in the camera settings.

Headlights and mirrors have been reworked, i am not completly pleased with the headlights but feel that I’m heading in the right direction with these. Background is feeling kind of empty but I’ll get on to filling it now

Here is another update,

I have reworked the color map, and added some trees in the background

Easy way to set focus is to make sure 3D cursor has “cursor depth” turned on in prefs. Then use that to place an empty on the surface, and set up your camera DOF to that empty. Just setting DOF to object like you said isn’t that good, as it goes to the origin. Those empties also come in very handy for animation because when used for aiming they allow your camera to lead objects and stuff too.

Give that a shot, I think you’ll be able to pull it off. 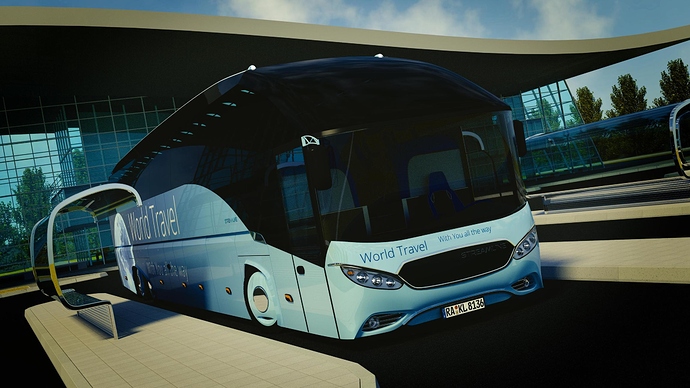 Fixed the headlights, that now look somewhat properly, but they are way better than before. Also I have fixed those ugly trees in the background and made the beams on the building thinner as my friend suggested. also the curb and the sidewalk have been reworked

The bus is looking really nice. It could be that you just haven’t got to it yet, but the roadway texture (asphault?) looks way to dark on my screen. I think it would enhance the realism if you make it where you would see some grunge (like some oil marks or dirt).

Just curious if you have plans to model the interior? I can definitely see the drivers seat, but hard to tell on the rest of the interior. It would be kind of cool to turn it into a luxury tour bus like the rock stars have

It has some interior, but nothing fancy(yet) 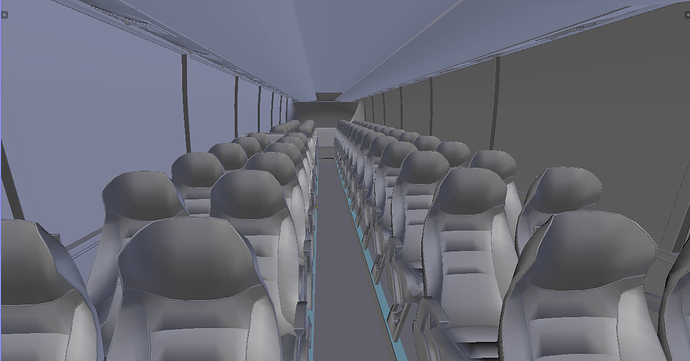 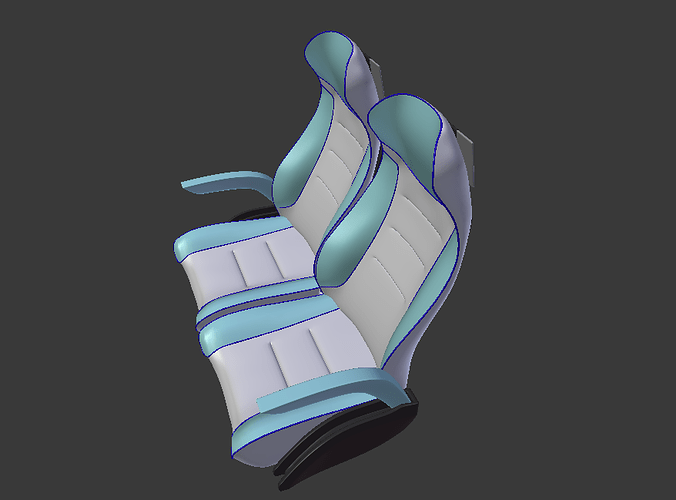 I have made a sharp turn in the scene, scrapped the bus station and put the bus in the open road, where it belongs