Hello all, I just earlier today started work on my Hero (Yet to be named) for a video game I’ve been working on for some time. I figured it might be fruitful to post a few pics of the progress and get some feedback, so feel free to let me know how it looks 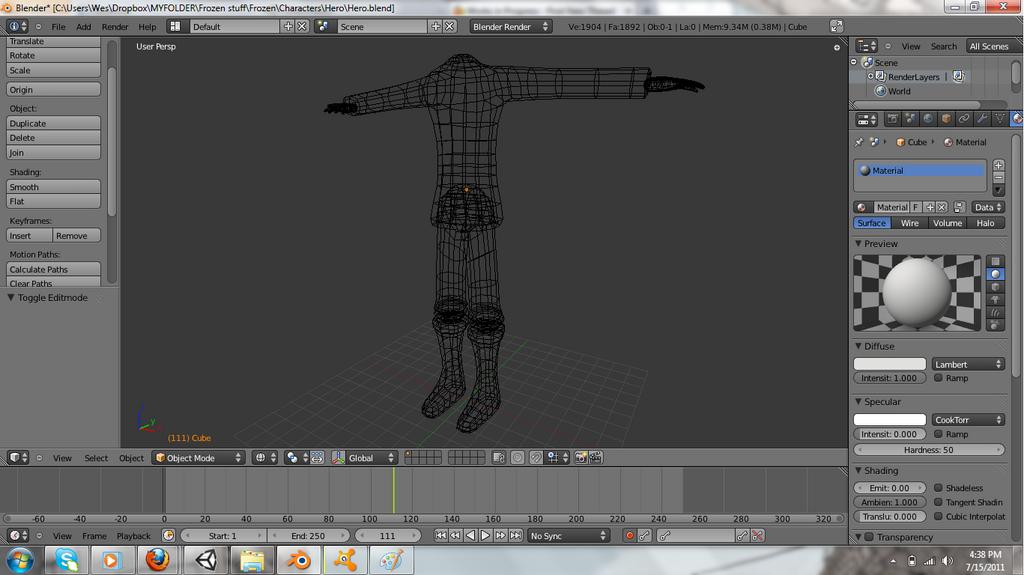 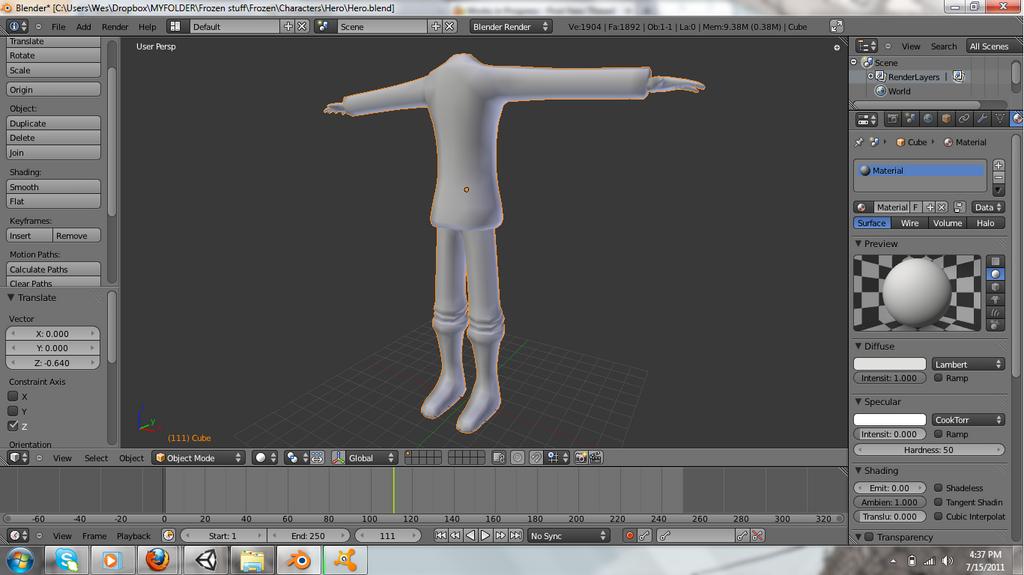 Thanks mate! That’s quiet the compliment actually, I was really trying to focus on proportions.

No problem and yes, your proportions are very good so far, how’s the topology?

Topology could be better in a few areas, mostly the hips and shoulders (go figure) And the hands are a bit high poly, I’ve never really known how to get a hand with fingers without a ridiculous amount of triangles or just a high poly count.

Try extruding the fingers from a base of a hand and then sculpt around those.

Updated Character, He’s got a head and I’ve been working on the rig! What do ya think? 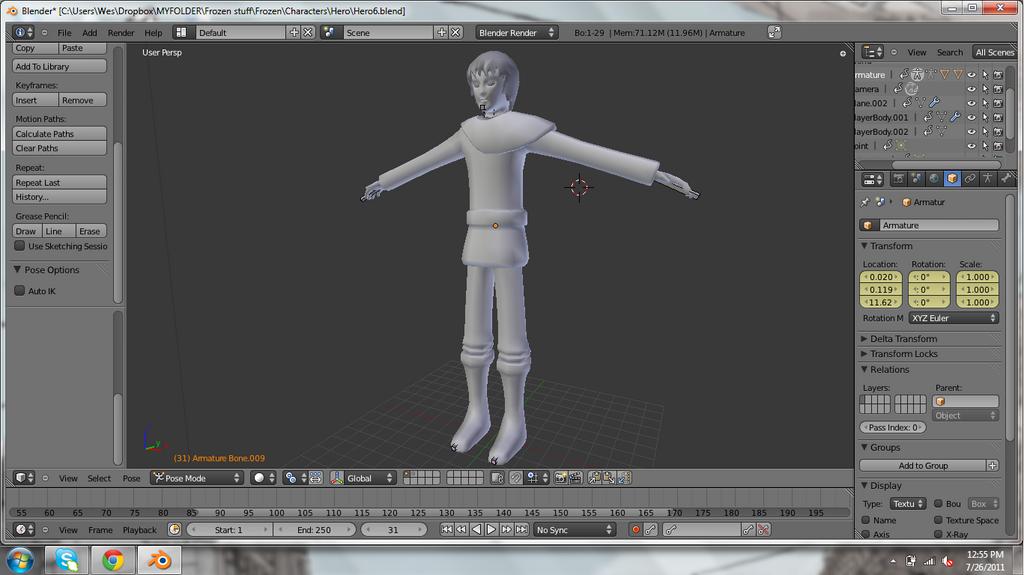 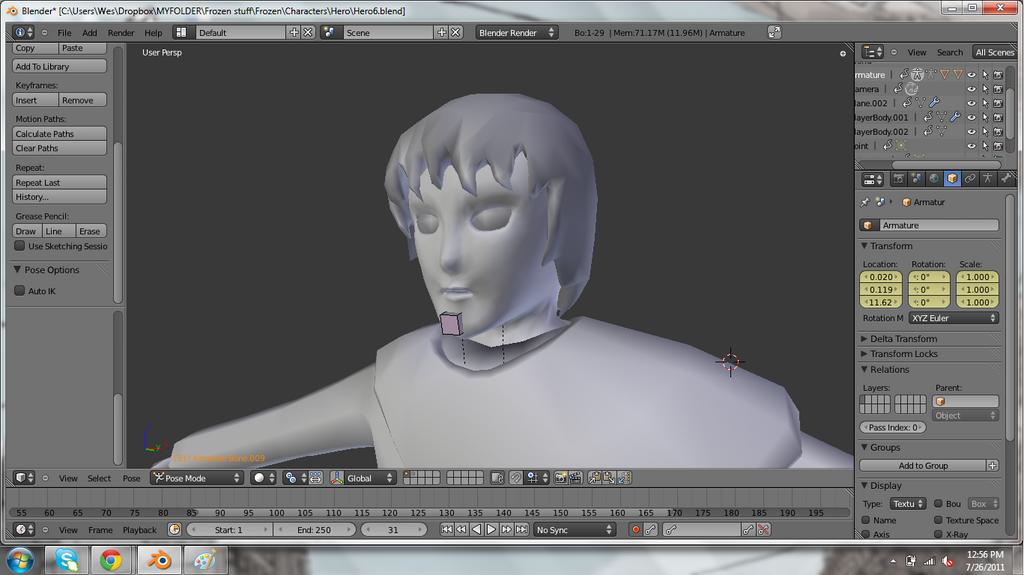 Nice overall body shape. Look forward to when you animate the mesh.

New update, Got the modelling done, got the UV’s laid out and the basic colors done, just gotta add some detail. This is the character in the game Engine, Unity3d. His eyeballs aren’t textured yet, but other then that critiques? 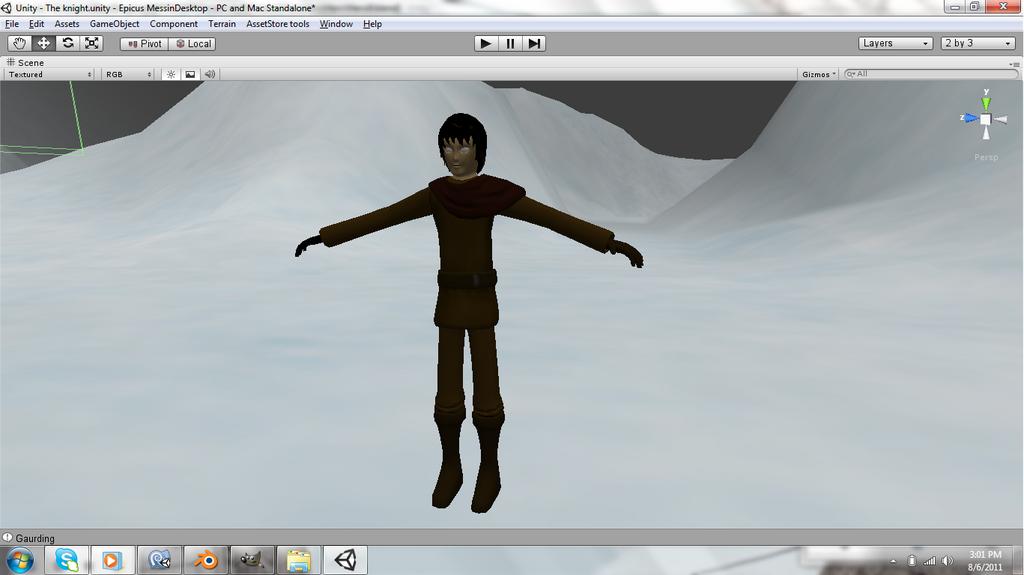 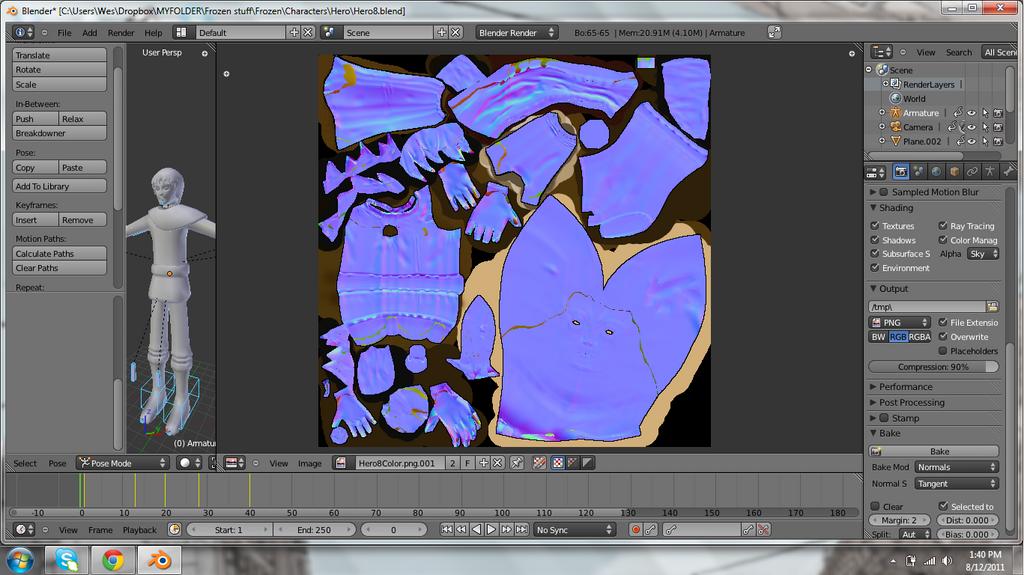 Hey everyone, so I started on the normals, I keep getting the colorful lines, and I cant figure out why their there. Is that caused from overlapping, because I have nothing overlapping…Not sure what’s going on here. Any thoughts?

EDIT
Well I wont say I figured it out, but I found a way around it. Clone stamp tool, nuff said.

Got him rigged, even his face! Now I just gotta make sure everything’s where it should be, paint the weights, and he’s ready for animation! (I’d love to hear some feedback!) 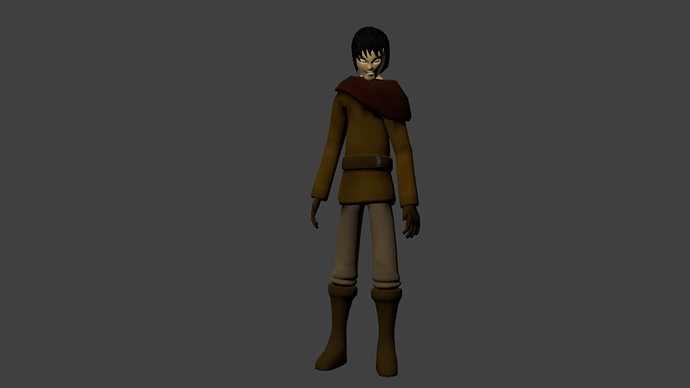