Zombie - Quite disturbing - Be warned.

My current project, which is really a nice break from my TK Suite project.

Current workflow:-
Create model & pose in Daz studio and export as .obj.
Import .obj into Blender for mesh, UV tweaks and refinement. Export as .obj.
Photoshop for the textures, 2 displacement maps, one colour map, one normal map, one bump map and a specularity/reflection map for the moist areas.
Import Blender export .obj into 3DMax for displacement and exported through the Maxwell plugin.
Imported into Maxwell Studio for material creation & rendering.
Single head & shoulders renders are 1.5million tris at render. The twins are 3 million tris.
Each is lit with a HDRI map.
Each one rendered for 30mins, except for the twins which ran for 45mins. 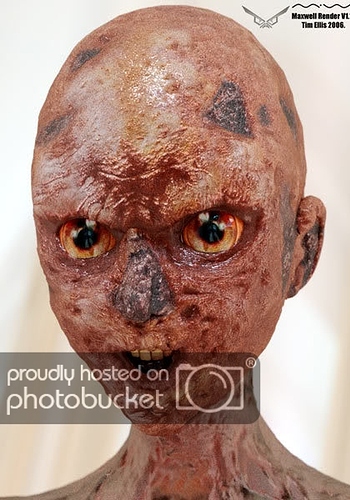 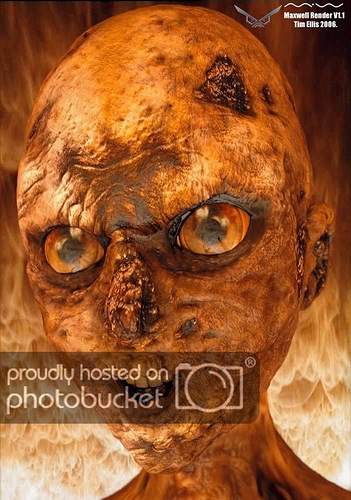 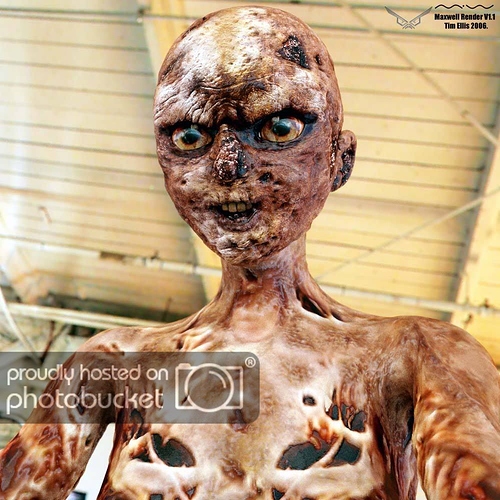 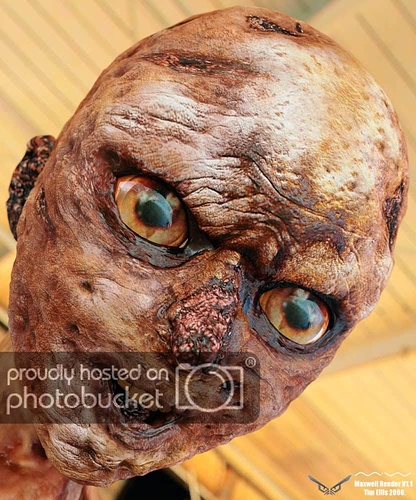 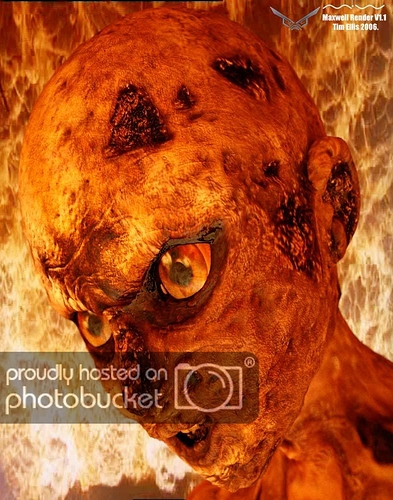 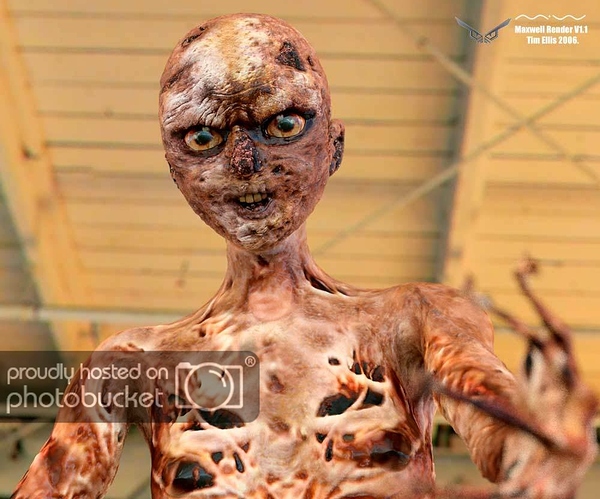 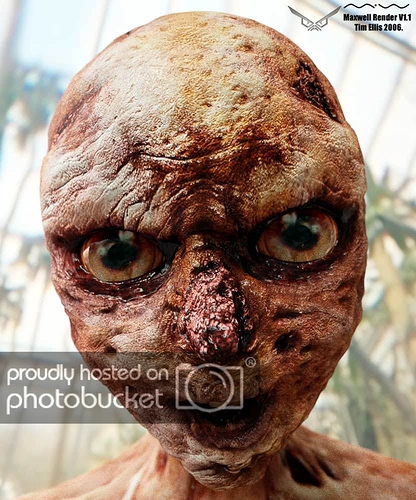 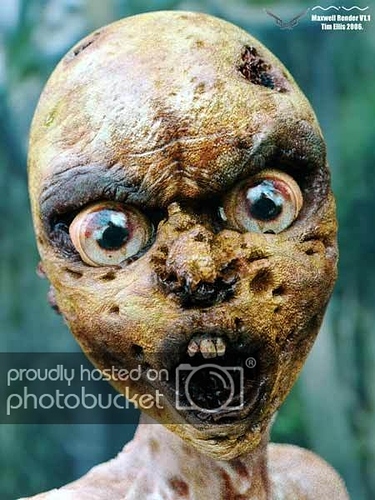 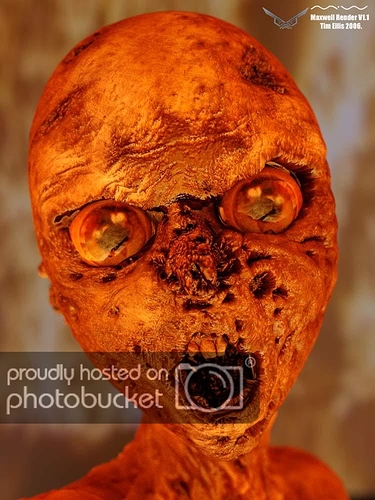 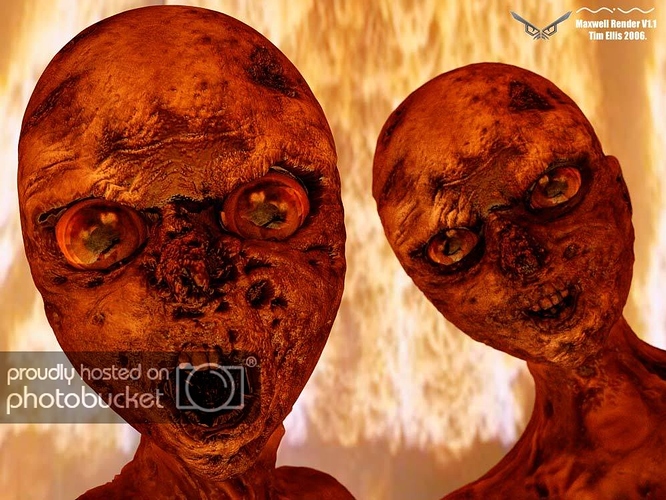 More work on the eyes today, as they need to be almost opaque.

wow that’s really cool, my fav render must be this one:
http://i5.photobucket.com/albums/y198/Sonix/Aiko_zombie011.jpg

I don’t think the body is up the quality of the head right now, but you’re probably not finished with that part. but overall : WOW

omfg, jesus dude, you are sick. this is insane. i had to scroll up and down a few times to be sure this wasnt a photo. totally killer work mate.

thats one crispy-burned-killer… id have to say

I thought it was real model you were going to scan into the computer.
sweet.

:o Shiiit man, looks like a zobmie-child! You are right about disturbing part! Very nice work!

The bump map looks a bit hard to me though. Soften up some of the wrinkles and such. They just look off.

Now I’m jealous. This 'orrible nastie has better teeth than me!

holy craper… some 1 got inspired by halloween i see lol

This is an A-B-S-O-L-U-T-L-E-Y sick, insane and - as you said disturbing - work !!! GREAT
I won’t sleep for at least one week 'cause i’m afraid of the nightmares
those pic will cause.

Do you plan to animate this beast ?

I agree with the others - this is really sick!

An animated version (composited into video material using camera tracking) would be cool - and even more disturbing.

EEWWW, and I just had dinner, dammit.

dude! I was just about to go to bed!! What im supposed to do now??

Heh heh, thank you for the comments.

Ecks, yes the body is a long way from finished. Thought I’d sort the head first.

BgDM, I will ease up on the bump/normal map. I need to redo the displacement as well, will be done for the next updates.

Eye work and a slight colour map variation. Trying to get that cloudy look to the eyes, but I’m not 100% happy with them at the moment. (Again earliest first)

just speculation, but maybe you just need to suck out some of the contrast from the eyeballs… make the surface a bit more dull

Yes, its bit too … clean? Or symmetric? Maybe its just the high/even specularity. More noise/clouds on spec channel?

But seeing your previous project I am sure it will be super realistic in no time!